On September 10, 2011 at Strikeforce: Barnett vs. Kharitonov, a Strikeforce Middleweight Championship bout took place between then middleweight champion Ronaldo “Jacare” Souza and Luke Rockhold. Widely considered to be one of the greatest submission fighters of all-time, Souza took Rockhold, clearly the more diverse striker, down on multiple occasions. In the past for most challengers, that had spelled big time trouble. But not for Rockhold, who got up easily most times, which led to him striking his way to a decision victory.

American professional mixed martial artist Luke Rockhold has a net worth of $4 million dollars, as of 2021. Rockhold is signed to the Ultimate Fighting Championship, where he competes in the Light Heavyweight division.

Most knew that Rockhold was a heckuva fighter before he defeated Souza. But afterwards, they realized he was someone to reckon with on the world stage. Here is his story.

Luke began training in judo at age six, stopping at age 10. He wrestled all through high school, eventually becoming a California high school state qualifier in the sport. Though he tried wrestling at a community college, he decided the sport wasn’t for him, instead taking on Brazilian Jiu Jitsu full time. He is now a Brazilian Jiu Jitsu black belt.

According to Rockhold’s UFC profile, he started training in MMA at age 22 because he liked to fight and needed a job. He also believed he could compete at a high level, having practiced in different disciplines for his whole life.

On July 24, 2007, Rockhold fought in his first ever professional MMA bout at an MotM event. He defeated Mike Martinez by first round armbar. After going 1-1 in his first two fights, Strikeforce came calling.

Rockhold went 9-0 for Strikeforce, winning their middleweight title in a bout with Ronaldo “Jacare” Souza along the way.

Rockhold’s UFC debut was highly anticipated. It happened on May 18, 2013 in Brazil at the UFC on FX: Belfort vs. Rockhold. Unfortunately for him, he was knocked by out by Belfort in the first round by a highlight reel spinning hook kick.

That said, the fight still represented his debut in the greatest mixed martial arts organization on the planet.

Rockhold is a complete mixed martial artist. He’s a very good and diverse striker, who can hurt you with a variety of kicks as well as punches. He possesses better than average wrestling, including takedowns and takedown defense. He’s also a very strong submission fighter, and fights with heart and cardio.

In other words, he’s good at everything. You really have to be great at one thing (better than him at it) in order to defeat him.

This Luke Rockhold Net Worth profile originated at WealthyGenius.com 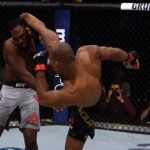 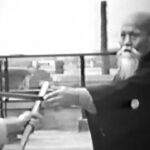