Lou Gehrig was born on June 19th, 1903 in the East Harlem section of Manhattan. Heinrich Gehrig was his father and worked as a sheet metal worker, but was often unemployed due to a battle with alcoholism. His mother Christina worked as a maid and provided for the family financially. Lou Gehrig was the only of four children to survive infancy.

Gehrig began receiving national attention for his baseball talents on June 26, 1920, while playing a high school game at Cubs Park, now known as Wrigley Field. At age 17, he hit a grand slam completely out of the ballpark.

American professional baseball first baseman Lou Gehrig had a net worth of $4 million dollars at the time of his death, in 1941. Gehrig played 17 seasons in MLB for the New York Yankees.

After high school, Gehrig attended Columbia University. In one famous game, Gehrig struck out 17 batters in a losing effort at Yankees Stadium. A Yankees scout was in attendance, but found something more appealing than Gehrig’s pitching: his powerful left-handed bat. Two months later, Lou Gehrig joined the New York Yankees.

Gehrig made his official debut for the Yankees as a pinch hitter on June 15th, 1923. Two years later he found himself in the starting lineup replacing struggling first baseman Wally Pipp. That appearance would begin a streak of 2,130 games Gehrig would play for the Yankees. He played through injury and sickness, which earned him the nickname “The Iron Horse.”

Gehrig didn’t have a breakout offensive season until 1926 when the 23 year old batted .313 with 16 home runs, 20 triples and 112 RBIs. These numbers would become Gehrig’s standard over his career until 1938 when they declined significantly. It seemed as his career was starting to catch up with his body, but he was also struggling with simple daily tasks such as tying his shoes. He feared he might be facing something more serious than a decline of his baseball career.

After a disappointing start in 1939, Gehrig checked himself into a clinic to check his health. After a series of tests, the doctors informed him he was suffering from amyotrophic lateral sclerosis, also known as ALS. ALS is a devastating disease that inhibits the nerve cells’ ability to work with the muscles. ALS has since become popularly known as “Lou Gehrig’s Disease.”

Following his diagnosis, Lou Gehrig pulled himself from a game on May 2nd, 1939, ending his ironman streak. He retired not long after. The Yankees honored Gehrig on July 4th of that year, and deemed it “Lou Gehrig Appreciation Day.” Gehrig returned to Yankee Stadium and gave an emotional speech to the crowd. After his retirement, Major League Baseball decided to immediately induct Gehrig into the Hall of Fame in Cooperstown. The Yankees promptly retired Gehrig’s number, 4, making him the first player ever to receive such an honor.

Lou Gehrig ended his career with remarkable numbers: a career .340 batting average, 493 home runs, 2,721 hits, and 1,995 runs batted in. He was a 6-time World Series champion, 7 time All-Star, 2 time AL MVP, a triple crown winner, and was the first player ever to hit 4 home runs in a game.

Lou Gehrig was best known for his tremendous power and durability. He was a staple in the lineup and formed arguably the best hitting tandem in Major League Baseball history alongside Babe Ruth. His ability to play through intense pain earned him the nickname “The Iron Horse.” 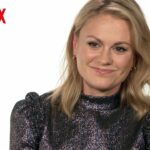 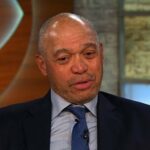