How much is Lori Loughlin worth?

Who Is Lori Loughlin

Lori Loughlin was born in New York in the summer of 1964 to Lorellee and Joseph Loughlin. She spent most of her early years growing up on Long Island with her parents and a younger brother. Her father was a foreman at the New York Telephone Company while her mother stayed at home with the kids . The family lived a modest life of a typical New York family for the times.

How Did Lori Loughlin Get So Rich?

With a net worth pushing 75 million, Lori’s dedication to her profession has certainly paid off. Lori has appeared in 13 feature films, made for TV movies, and more importantly, over 20 television series, some of which she also helped create and produce throughout her lengthy career in the entertainment industry. Along with her husband, fashion designer Mossimo Giannulli, Lori has been able to provide her family with a lavish lifestyle in California.

Interested in acting at an early age, Lori was discovered for her first print modeling gig at only 11 years old while tagging along with some neighborhood friends at a modeling agency audition. After that, Lori was hooked on the idea of continuing her career choice.

Long before she became everybody’s favorite aunt, Lori Loughlin began her acting career with television commercial spots which eventually led her to became a regular on The Edge of Night at the age of 15. For three years she played the part of a wannabe dancer before moving on to several movies such as Secret Admirer where she played the ever faithful best friend; Casper: A Spirited Beginning as Sheila Fistergraff, small town teacher and protester of mini-malls, and in the campy horror flick, The New Kids.

Lori also spent her time on the small screen with guest spots on several television shows between 1982 and 1988 before landing the gig of a lifetime: Aunt Becky of Full House.Full House, a wildly popular family sitcom, made Lori a house hold name. Appearing as the beautiful and intelligent co-host of single dad, Danny Tanner, the public was drawn to the woman who would tame Uncle Jesse and continued to follow their romance, along with the rest of the family, for 8 full seasons.

Since then, she has appeared in many other television shows including an episode of Seinfeld, Spin City, and Suddenly Susan. and a regular roles on 90210 and Summerland. Lori starred in several made for TV movies on the Hallmark Channel, as well as the the series When Calls the Heart and Garage Sale Mysteries on the same station before she was let go last year for her part in the college admissions bribery scandal. During the same period, she also brought back Aunt Becky to Fuller House, a Netflix series.

Citing choosing roles that are based on family values, Lori has made a career of being seen as the wholesome girl-next-door. Fans have been drawn to her easy attitude since the first time she said, “Wake Up San Francisco!”. Over time, it was easy to see Lori’s dedication to each role that made them so special to viewers. Taking a very real approach to the characters that she plays, Lori never suffered from what other actors did when they are well known for a particular role. She was able to leave Aunt Becky behind and become someone new in each role she has played.

Being seen as respectable and a rock solid person has been ironically the backbone of Lori’s career. For over 40 years she has been a fixture on American television and film earning her accolades from the acting community with nods from the Young Artists Awards, the Daytime Emmy Awards, and Teen Choice. Across the nation fans who have always looked up to Aunt Becky, followed Lori’s career from network to network to tune in. Many of those same fans who had supported her career for so long were disillusioned when the 2019 college admittance scandal shed a much different light on Aunt Becky. Only time will tell if Lori Loughlin’s career will recover or if fans will be able to see her in the same light as they once did. 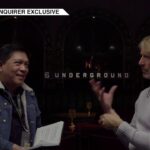