How much is Logic worth?

The rapper Logic was born Sir Robert Bryson Hall II at Shady Grove Hospital in Maryland. His father had an addiction to cocaine while his mother was an alcoholic. Logic spent most of his younger years in Gaithersburg, Maryland in a neighborhood called West Deer Park. When he was a teenager, he witnessed his brothers producing and selling crack cocaine in the corners of the neighborhood to addicts, his father included. He went to Gaithersburg High School. He however, was expelled in the 10th grade due to missing classes. He didn’t graduate.

As of 2023, we estimate the young rapper Logic has an estimated net worth of $12 million dollars. The rapper has has released seven studio albums and received two Grammy Award nominations.

When Logic was 13, he met his mentor Solomon Taylor. He introduced him to the rap game and movies like Quentin Tarantino‘s Kill Bill: Volume 1, also helped him gain an interest in rap and hip-hop. The Kill Bill Vol. 1 Original Soundtrack was organized, and mostly produced by Wu-Tang Clan member RZA. Logic progressed on to listening to Wu-Tang. Later that year he bought “Do You Want More?!!?!” by The Roots. Solomon also brought Logic many CDs containing beat instrumentals for which he wrote lyrics over.

Logic’s stage name in 2009 was “Psychological” when he did his first performance. It was a name he loved because he wanted it to reflect on his music, he wanted his music to challenge the mind. His first unofficial mixtape was called Psychological – Logic: The Mixtape. This mixtape paved his way to opening stages for big artists like Pitbull, Method Man, and Ludacris in Maryland at different shows. He later changed his stage name to Logic.

He then progressed to release Young, Broke, & Infamous, his first official mixtape on the 15th of December 2010. This mixtape was his rise to fame. He gained a fanbase and impressed Visionary Music Group’s president Chris Zarou. Logic was then signed to the independent label. The mixtape had about 300,000 downloads on the online mixtape sharing platform, Ratliff.

In 2011, he released Young Sinatra, his 2nd mixtape. It was the first installment of The Young Sinatra Chronology. In the first week of its release, his music video to the song “All I do”, gained over 1 million views. He then released Young Sinatra: Undeniable, his third mixtape on the 30th of April 2012. He used the mixtape to address his future, to speak out about his father’s drug abuse, to address the fact that he failed to graduate and was expelled and about the stabbing of his mother. This helped grow Logic’s fanbase. Soon after the mixtape was released, he went on the Visionary Music Group Tour, his very first one.

Early 2013, he was featured on the XXL magazine under the “Top 10 Freshmen” List along with fellow artists such as Travis Scott, Dizzy Wright, and Schoolboy Q among others. In March that year, he completed his 1st European Tour and announced the release of Young Sinatra: Welcome to Forever, his fourth mixtape, on the 7th of May. He then announced the Welcome To Forever Tour which was to last for two months. It was used to promote his 4th mixtape project.

The mixtape gained Logic more recognition while gaining over 900,000 downloads to date on DatPiff. On the 15th of April 2013, an announcement was made on Logic signing with Def Jam Records. He then later confirmed it. He stated that he was happy and honored to sign to the legendary hip-hop record label and for the label to work with Visionary Music Group. That year, he toured along with Kid Cudi on his The Cud Life Tour 2013 alongside Tyler the Creator and Big Sean.

On the 11th of February 2014, he made an announcement that he would join the 2014 Verge Campus Sprint Tour with Krewella, an EDM band. On the 8th of April, he released “Now” which was scheduled to be part of his EP called While You Wait. He then went on a one month tour with Visionary Music Group member Quest on the While You Wait Tour. On April 22nd “Alright” was released featuring Big Sean. He then finalized the project with the release of “Finding Forever” on the 7th of May.

He next announced his debut album under Def Jam Records in the summer of 2014. “Driving Ms. Daisy” was released featuring Childish Gambino and “Buried Alive” which were used to promote the album. On the 21st of October, he released the album Under Pressure which entered as #4 on the Billboard 200 chart and it sold 70,000 copies in the 1st week.

The Maryland rapper earns an estimated $100-150,000 per appearance. This is based on his tours and concerts. He earns by creating and selling music. Since his signing to Def Jam, he gets paid for the creation of projects, and when they are sold and streamed he gets paid royalties. He made an appearance on Netflix’s Rapture. He also sells merchandise relating to his brand and to his music.

Logic has had meteoric success over the past few years. He is successful because of the great content he provides his fans. His music creates buzz and this has made him create a loyal fanbase. He is determined and persistent in his journey towards success.

He also has had inspiration and collaboration with some of the top hip hop artists like Wiz Khalifa, 2 Chainz, and Big Sean. He has found happiness in what he does and he does it with a passion, his own way.

Logic married Jessica Andrea in 2015 and they divorced three years later, in 2018. They did not have any children together but Logic is estimated to have earned large sums in the years that they were together. Nevertheless, there was a prenuptial agreement in place that by and large protected Logic’s assets from being touched. It did however stipulate an undisclosed amount to be paid to Jessica in the circumstances of the marriage being dissolved. The amount is considered to be no more than $500,000. Logic later married Brittney Noell in 2019 and they remain together.

Despite Logic’s early life and his parents both suffering addiction, he chose his path and began his rap career at a very early age. He creates great content and has impressed record labels all the way to his signing with the well known Def Jam Records. He has had many mixtape downloads, sold numerous album copies, and has generated a large and loyal fanbase. He has become one of the most successful and influential individuals in the rap game. 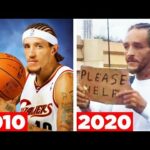 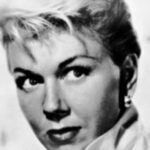