How much is Lizzo worth?

Lizzo is the stage name of Melissa Vivane Jefferson. She’s an American flutist, singer, songwriter, and rapper who first began her recording career in 2010. She first released her major-label EP titled “Coconut Oil” in 2016 and then attained international popularity with her third studio album – “Cuz I Love You”, released in 2019. At that time, Lizzo’s song “Truth Hurts” became a viral sleeper hit that now has millions of streams and gold and platinum certifications in a number of countries from around the world.

American singer, rapper, songwriter, and flutist Lizzo has a net worth of $12 million dollars, as of 2021. Lizzo rose to fame with songs like “Good as Hell” and “Scuse Me”.

How did Lizzo earn her net worth?

In addition to singing and rapping, the singer and songwriter has ventured into several acting roles, which also helped her rich. While still trying to find her groove in Minneapolis, Melissa began performing with local indie groups and eventually formed her own – “Lizzo and the Larva Ink.”. She also formed a girl group called “the Chalice” and they released their first and only studio album titled “We Are the Charice”. In October 2013, after signing with the record label “Totally Gross National Product”, she released her debut studio album called “Lizzobangers”.

Despite not being a commercial or critical success, the debut album really helped Lizzo gain national popularity. By the end of the year, while earning a little over $2.000 for her music appearances, she began touring the United States and the United Kingdom. The following year, she landed a record deal with Virgin Records and began earning double. In December 2015, she released her sophomore album called “Big Girl, Small World”. The album was far more commercially successful and earned several music charts.

Lizzo became famous after her song “Truth Hurts” became a viral worldwide hit. She was born in Detroit, Michigan on April 27, 1988. In the late 1990s, her family moved to Houston, Texas. She began rapping during her teen years and formed her own musical group with her friends called “Cornrow Group”. During that time, Melissa acquired her nickname “Lizzo”, which she claims is a variant of Lissa.

In 2006, after she graduated from the Alief Elsik High School, Melissa enrolled at the University of Houston, where she focused on studying classical music and playing the flute. Her father passed away when she was 21 years old and it was then that she decided to break into the music industry. Before she moved to Minneapolis, Minnesota in 2011, the aspiring singer lived out of her car for more than a year.

The main reason why Lizzo is so successful is both her acting and singing skills. In 2016, while being one of the hosts of the short-lived MTV series “Wonderland”, the artist signed with the label Atlantic Records in 2016. By the end of the year, she released her EP “Coconut Oil”, which entered several US Billboard charts and received positive reviews from critics. Throughout the rest of the decade, in addition to singing, Lizzo began acting. Her television debut came in the series “Brad Neely’s Narg Nalling Scorpio Peepio”. She also starred in the films “Ugly Dolls” and “Hustlers”, both of which became box-office hits.

In 2019, Lizzo’s career hit its peak when she released her third studio album “Cuz I Love You”. The album’s deluxe version was released a few weeks later and it included the song “Truth Hurts”, which was initially released in 2017. The song became a viral sleeper hit that accumulated millions of streams and was used mainly in social media platforms such as Instagram, and TikTok. The single not only helped the album win numerous awards but also helped Lizzo find international success. Her album not only entered music charts in 20 different countries but also earned gold and platinum certifications in Brazil, Canada, UK, and the US.

Lizzo is one of the hottest new names in the music industry. In just six years after she officially started her music career, the extravagant and talented artist caught the attention of millions from around the world. Her meteoric rise and contribution to music have been highlighted by the media and, thanks to her mega-hit and latest album, she has earned herself multiple awards.

In January 2020, at the 62nd edition of the Grammy Awards, Lizzo made history by earning eight nominations, of which she won three. Besides a net worth of $12 million, Lizzo is also the recipient of three Grammys, two Soul Train Music Awards, one BET, and one Billboard Music Award. 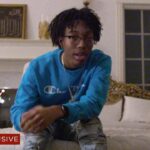 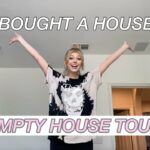