How much is Lisa Vanderpump worth?

It would be an understatement to say Lisa Vanderpump has a full resume, well beyond her success on the reality show “Real Housewives of Beverly Hills.” For more than forty years, since she left her parents’ home in London at nineteen. Vanderpump has been financially independent ever since, while constantly keeping an eye out for new business opportunities.

Lisa was always advanced for her age. At three years old, she started ballet lessons. At nine, she was accepted to the prestigious Corona Theatre School, even though their admissions had a policy of accepting students eleven years or older. Born in September of 1960, Vanderpump began utilizing her training in drama to secure bit parts in movies and television beginning at age thirteen. She continued to explore new work into her early twenties, most prominently in the new medium of music video. By the age of twenty two, she was cast as a feature by two popular new wave British bands of the era, Naked Eyes and ABC.

English television personality, businesswoman and actress Lisa Vanderpump has an estimated net worth of $100 million dollars, as of 2023. She was an original main cast member on The Real Housewives of Beverly Hills, from 2010 to 2019.

During this same period, Lisa also met her future husband, Ken Todd was a bar owner when he met Lisa in 1982, and after less than two months of dating, the pair married just prior to Vanderpump’s twenty second birthday. Prior to her stardom in reality TV, she and her husband developed a passion for owning and running restaurants and clubs. Over the course of their forty year marriage, Lisa and Ken have owned thirty six different establishments. The couple’s experience running their businesses is also the theme of a spinoff show on Bravo called “Vanderpump Rules.” The show examines the inner workings of three of Lisa and Ken’s restaurants. It deals with issues large and small, from the overall running of the eateries to the interpersonal relationships between management and staff. The show commenced production in 2013 and has aired continually to present day.

Of course, Lisa’s impressive financial success was attained well before her entry into reality shows. But the vehicle that drove her to both fame AND fortune was the previously mentioned “Real Housewives of Beverly Hills.” Until that point, Lisa had always done quite well in any field she pursued. But once she agreed to be a main character on “RHOBH”, her visibility skyrocketed, and along with it came further opportunities and open doors.

Vanderpump was commissioned to be a main character on “RHOBH” from its beginning stages in 2010. Like other shows in the franchise, the program focuses on housewives living within a geographic location, while exploring each member’s professional and personal lives. The Beverly Hills installment was the series’ sixth incarnation, and the popularity established by the previous five only served to make great odds that “RHOBH” would piggyback the success Bravo had producing the five that came before.

The massive success made Vanderpump a celebrity to go with an already sizable net worth. There’s an old saying that “money goes where money is”, and this adage would prove true in the case of Lisa and family. The show did so well and raised the specter of Lisa’s visibility and image that she was the recipient of more and more offers for acting, To date, she has appeared in more than one hundred advertisement campaigns. She would star in yet another spinoff, in 2021, this time on Peacock streaming service. Titled “Vanderpump Dogs”, this offering centered around Lisa’s foundation that works to rescue and care for canines in service to the community.

Now that we’ve covered the litany of business, financial and show business successes throughout the course of Vanderpump’s life and career, this is a good place to ponder the “why.” It’s one thing to be highly successful and reap the rewards of hard work and dedication. But many people, including Lisa, would also tell you that the real success stems from giving back. It stems from taking your good fortune and using it to help those who are less fortunate. Although we live in a world driven by money, many times it’s equally or even more satisfying to spend that money on the behalf of others. I know personally the concept of getting more out of giving, that the giver will feel more satisfaction by giving than they do when they are on the receiving end. Vanderpump and her family are all too familiar with this practice of selflessness.

In addition to being a business owner many times over and providing a paycheck for employees, Vanderpump has also gone the extra mile in terms of charity as well. We learned earlier of her fondness for rescuing pooches. For many years, Lisa has actively given her time and money to many different causes. She’s been a spokesperson for gay and civil rights, and she’s offered generous support to firefighters, emergency services and police. She provided substantial assistance in the midst of rampant and dangerous wildfires in California. But, perhaps most impressive of all, she started every work week for thirteen years by providing food from her restaurant “Villa Blanca” to the homeless, until it’s demise in 2020.

World renowned celebrity and businesswoman Lisa Vanderpump can safely qualify as a “wealthy genius.” At every stage of her life, she has taken steps up the ladder of success, and on her way up she never had to be reminded of her duty to share that success with people by giving back. Acting, dancing, TV, movies, music videos, bars and restaurants, dog rescuer, advocate for the marginalized, rubbing elbows with socialites the same time as feeding the homeless. It was exhausting just to jot down that list, let alone actively participating in all of them. Lisa Vanderpump has done all of it, and she’s done it with grace and humility and hard work.

Wait- did I mention Dancing with the Stars? Forgot that one. Recipient of the key to Beverly Hills? Cancer survivor? Check. You get the idea. A long time from now, some engraver of headstones will probably be able to eat for a month given all the different hats Vanderpump has worn! 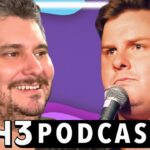 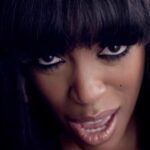