How much is Lisa Randall worth?

American theoretical physicist Lisa Randall has a net worth of $500 thousand dollars, as of 2021. Randall’s research includes elementary particles, fundamental forces and dimensions of space.

Lisa Randall graduated from Stuyvesant High School in 1980, where she was a classmate of Brian Greene. Randall won first place in the 1980 Westinghouse Science Talent Search, a highly competitive research scholarship. She went on to study at Harvard University, earning her undergraduate degree in 1983 and her Ph.D. in 1987 in the field of particle physics.

Dr. Randall’s research focuses on understanding the fundamental physics underlying the behavior of matter. She takes a dynamic approach to this, which melds research in particle physics with cosmology. Specifically, she has become acclaimed for creating innovative multi-dimensional models in which the specific configuration of these models provides the physical structure of fundamental particles. These models build on multi-dimensional concepts that have originated in string theory.

The best known of this work is the Randall-Sundrum model, created in 1999 in conjunction with her colleague Raman Sundrum. A simplified description is that our universe is described as a 5-dimensional anti-de Sitter space, but most particles are confined to our 4-dimensional brane (3 space dimensions + 1 time dimension) inside of that space. The exception is the graviton. The consequence of this theoretical approach, if confirmed, is that gravity itself would exist as a physical consequence of multi-dimensional spacetime warped geometry.

Randall is the Frank B. Baird Jr. Professor of Science at Harvard University.

Lisa Randall has become one of a number of physicists who has stepped out from the realm of pure academic research to present their field to the public in an accessible way with the following books describing cutting edge physics research:

She was named one of Time magazine’s 100 Most Influential People of 2007, not only for her writing but also for her work as a popular science speaker.

In one of the more intriguing attempts to relate science to a broader audience, composer Hèctor Parra approached Randall about collaborating on an opera project inspired by theoretical particle physics. As a result, Randall co-wrote the libretto for Parra’s opera, Hypermusic Prologue: A Projective Opera in Seven Planes. 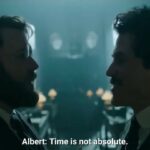 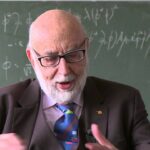