How much is Lily-Rose Depp worth?

Lily-Rose Depp is a French-American actress and model who is the daughter of Johnny Depp and Vanessa Paradis. She is so special to Johnny that he has her name tattooed on his chest over his heart. She is three years older than her brother Jack Depp (John “Jack” Christopher Depp III), she has no other siblings. When she was 9 years old Lily-Rose was hospitalized with a serious e.coli infection which caused her an acute kidney failure. Johnny was in filming for Sweeney Todd at the time and his daughter’s sudden illness caused shooting to be halted immediately and so that he could put all of his efforts into saving his daughter’s life. After her recovery, Johnny donated $2 million dollars to the Great Ormond Street Hospital as an expression of his gratitude.

Johnny is very protective over his daughter and made every effort to shield her, and her brother Jack, from the pressures of Hollywood and the media. In spite of this, it did not prevent multiple pages going up on social media at times purporting to be the young actress. Lily-Rose has dual French and U.S. citizenship and speaks fluently in both English and French. While Johnny Depp named Lily-Rose as a tribute to his mother Betty-Sue. It is also considered that the name evokes opposite characteristics that form one. The lily is the birth flower of the month of May and is associated with virtue and purity. While the rose flower is the symbol of love and passion.

French-American actress and model Lily-Rose Depp has an estimated net worth of $1 million dollars, as of 2022. Lily-Rose is daughter to Johnny Depp and has earned her money from her work in advertising and from her appearances in films.

In her career, Lily-Rose first appeared in the Kevin Smith movies Tusk in 2014 and Yoga Hosers in 2016. More recently, she has appeared in a starring role in 2021’s Voyagers and the short Drama/Thriller Wolf. In 2022, the trailer for TV series, The Idol was released. Outside of her work as an actress, Lily-Rose has worked as a model and has been associated with the French versions of Elle and Glamour, as well as Vogue in many countries including the U.K. and Russia.

While she is best known as Johnny Depp’s daughter, Lily-Rose Depp has made a career of her own. She has appeared in around 15 productions and has also made multiple appearances as herself, including in advertising. For example, she has appeared in an advertisement for L’Eau N°5 CHANEL. In total, Lily-Rose Depp has earned estimated total career income of $2 million dollars.

Of that amount, $250,000 is expected to have been paid in business related costs. The remainder, $1.75 million, will have been taxed at a rate of around 40% as Lily-Rose Depp has been residing between the state of New York and Paris, France. After tax, it is estimated that her career earnings are at around $1.05 million dollars, having paid $700,000 in taxes.

Lily-Rose has never been married and does not have any children. In her personal life she has likely spent $300,000 of her career earnings, no doubt she will have also been doted upon with gifts, and also probably possesses assets valued at around $150,000, or more, not including investment assets. In her investments, she may have earned investment returns of $200,000. Therefore, it is estimated that Lily-Rose Depp has a net worth of a rounded down $1 million dollars.

The daughter of Johnny Depp has grown to be incredibly beautiful and already earned a small fortune for herself. She has appeared in advertising and on the covers of magazines, as well as added to her earnings through her budding film and TV actress career. 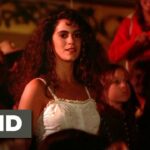 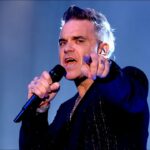