How much is Lilly Singh worth?

Lilly Singh is a popular YouTuber, vlogger, comedian, and actress. Apart from that, she is also a writer, dancer, rapper, motivational speaker, and television personality. Singh is known for her username “IISuperwomanII”, which is the same username she used for her YouTube channel.

The popular YouTuber began her career in 2010 and a few years later, she became one of the most successful Internet personalities of all time. Singh has earned income equal to an estimated salary of $8-9 million dollars per year, since 2019.

Canadian YouTuber, comedian, talk show host, and actress Lilly Singh has an estimated net worth of $23 million dollars, as of 2023. Singh began making YouTube videos in 2010 and has since become one of the most popular YouTube stars.

Lilly was born on September 26, 1988, in Scarborough, Canada. Both of her parents are Indian, originating from Punjab, India. They moved to Canada shortly after they got married and before Lilly and her older sister Tina were born.

Before she committed to YouTube and began uploading videos on a regular basis, Lilly attended York University. In 2010, she graduated with a Bachelor’s Degree in Arts (specifically in Psychology). At that time, she was suffering from a lot of anxiety and depression and decided to create YouTube as a way to escape these feelings. She lived in Canada until 2015, when she eventually moved to Los Angeles, California to pursue her acting and YouTube career.

She rose to prominence in the mid-2010s thanks to her YouTube channel. As of 2023, her main channel is one of the most-watched in the world with more than 2.4 billion views accumulated. The multi-talented actress and vlogger has millions of followers from around the world on all of her social media accounts. She released her own merchandise and lipstick in collaboration with Smashbox and even created her own mobile app.

She chose to use the nickname “IISuperwoman” which she invented it in her early years when she was a teenager. Her videos quickly gained a lot of views and soon, she began her first series on the platform. The series was named 12 Collaborations of Xmas. Specifically for each of the twelve videos, Lilly teamed up with other eminent YouTubers – Miranda Signs, Joey Graceffa, Hilary Duff, Rosanna Pansino, Jenna Marbles, Grace Helbig, Connor Franta among many others.

Seeing how successful these video series were, Lilly decided to create more, namely – Indian Parents Explain and Types of People. The first series included both of her parents who explained various taboo subjects to Lilly. At that time, the YouTube sensation also began uploading a lot more comedic videos, including videos where she imitates her parents and were met with success.

2016 was a very important year for Singh’s career in general. In the summer, she released her first music project – Voices. The song was released in a ten-minute long audio-visual piece. For the project, Lilly rapped about the voices in her head and sang in five different sections. Also that year, she launched a challenge called #GirlLove. The challenge aimed to put a stop on the girl-on-girl hate. To further promote it, she interviewed various artists and celebrities such as Bebe Rexha, Michelle Obama, and Sabrina Carpenter.

A key reason why Lilly Singh is so successful is her bubbly personality and social skills. This has helped her build her YouTube popularity, which in turn has opened a lot of doors for her. She is also known for her sense of humor, kindness, and generosity. It took her very little time for her to find success in the entertainment business.

She began making music, releasing a book, and working with different brands. After uploading more than 100 videos, all of which quickly amassed more than 1 million views in just a few days, she began collaborating with many established YouTubers and celebrities which really boosted her own career.

In 2018, the Canadian star announced a partnership with YouTube for the creation of an advertisement which will be released in various countries around the world. The advertisement was created mainly to inform people how to contact helplines if someone experiences an act of violence. By that time, she gained over 13 million subscribers on her main channel.

The ad was highlighted not just on the video-sharing platform but on many other magazines and websites, which helped Lilly earn millions of fans. Towards the end of 2018, she announced she was taking a hiatus from the video-sharing platform so she could focus more on her mental health. A month later she returned and began releasing her 12 Collaborations of Christmas in early December.

Because of her success on YouTube, Lilly has received many YouTube awards, and most recently, she received the Diamond Play Button for hitting 10 million subscribers. In the past few years, the social media guru released her own documentary titled A Trip to Unicorn Island. She has also released her own book How to Be a Bawse: A Guide to Conquering Life, as well as red lipstick in collaboration with Smashbox, and ever since late 2019, she has starred in her own late-night talk show named Late With Lilly Singh.

As of 2023, Lilly has almost 15 million subscribers on her main channel and has gathered more than 2.4 billion views on all of her videos combined. Some of her most viewed videos are Three Girls, One Elevator (featuring model Winnie Harlow and actress Zendaya), What Clubbing Is Actually Like (featuring fellow YouTube sensation Liza Koshy), How Girls Get Ready, How To Stop Parents from Comparing Kids (featuring Miranda Sings), and The Struggles of Having Long Hair, all of which have more than 30 million views combined.

Lilly Singh is not married and has no children. She bought a townhouse property in Hancock Park, Los Angeles in 2016 for $1.5 million. Her earnings having been so incredibly high, in 2020, she purchased a large estate property in Studio City, California. She also purchased a property in the San Fernando Valley for $4.1 million that same year of 2020.

In her personal life she has likely spent $1-2 million dollars but also earned $5 million from her investments. She will have also had to pay around $1 million dollars in business costs. Therefore, it is estimated that Lilly Singh has a net worth of around $23 million dollars.

Lilly Singh is one of the most successful YouTubers of all time. She boosted her popularity in 2016 even further after she released her first book, documentary, and lipstick. Besides being known for her funny videos and collaborations with celebrities like Dwayne Johnson, Stephanie McMahon, Beyonce, Selena Gomez, and others, Lilly is also known for uploading a lot of music online, most of which rap songs.

She is liked and supported mainly because of her funny and genuine personality, as well as for using her voice to help others. She’s a supporter of body positivity, human rights and has taken part in many charity events and organizations. Even now, Lilly continues to make history and as of September 2019, she has starred in her own late-night talk show called A Little Late with Lilly Singh. With that achievement, the YouTube sensation also became the first openly LGBTQ+ and person of Indian descent to host a major American late-night talk show. 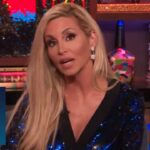 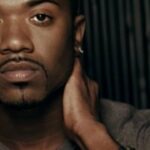