How much is Lil Tecca worth?

Lil Tecca is the stage name of Tyler Justin Anthony Sharpe. He is an American rapper, producer, singer, and songwriter. He rose to prominence with his hit single “Ransom”. The song became an international hit and it even earned multiple gold and platinum certifications from various countries around the world. It was later followed by his debut mixtape and debut studio album, both of which were just as successful.

American rapper, singer and songwriter Lil Tecca has a net worth of $3.5 million dollars, as of 2021. Tecca made some noise in 2019 with the release of his single “Ransom”, peaking No.4 on the Billboard Hot 100.

How did Lil Tecca earn his net worth?

The young rapper became rich after he released his first mixtape and studio album. Prior to that, he began releasing songs in early 2017 and was earning no more than $5.000. His debut song titled “Tectri”, which is in collaboration with his longtime friend Lil Gummy bear was released in April. The song gained some popularity on social media and earned thousands of streams in a few months time. He then released the song “Callin” in December, which was followed by “Shots” and “Love Me” from 2018.

In May 2019, he released his breakthrough single “Ransom”, which debuted at number four on the US Billboard 100. The song also entered music charts in numerous countries around the world. It bloomed specifically in Australia, Belgium, Brazil, Canada, France, and the United Kingdom. After selling millions of copies around the world, the single also earned many gold and platinum certifications. From all the sales, streams, and promotions of his hit, Lil Tecca received more than $100.000.

Lil Tecca became famous after the release of his single “Ran$om”. He was born on August 26, 2002, in New York City, New York. Both of his parents are from Jamaica and they emigrated to the United States in the late 1980s. During his pre-adolescent years, Tyler and his family moved to Cedarhurst in Long Island. When he was a teenager, Tyler had aspirations to join the NBA and become a professional basketball player, however, he changed his mind and decided to pursue a music career.

Justin attended the Lawrence High School, from which he graduated recently. He has cited Lil Wayne, Eminem, Coldplay, Michael Jackson, Meek Mill, and Wake Flocka Flame as his main inspirations to become a singer. He first developed interest during his pre-teen years, when he was just 9 years old. Then, he began rapping to his friends on Xbox and crated his own diss songs, that were later uploaded on SoundCloud, however, they’ve been taken down ever since.

What makes this hip-hop artist so successful is his passion for music, as well as his unique style and appearance. After gaining momentum with his song “Ransom”, the rapper released his first studio project – the mixtape “We Love You Tecca”. Just like the single, it also peaked at number four on the US Billboard 200 chart and earned platinum certification in the United States. The mixtape was also a sensation in many European countries, where it accumulated 100 million streams in just three months time.

In early 2020, Lil Tecca began releasing a series of singles to promote his debut studio album. The album, entitled “Virgo World”, was released in mid-September 2020. It entered charts in Australia, Belgium, Canada, Ireland, the Netherlands, the United Kingdom, and the United States. Before and after the release of his triumphant mixtape and album, Lil Tecca continuously collaborated with other artists. Among some of his most successful collaborations are with the likes of Juice Wrld, Trippier Redd, Lil Durk, Internet Monkey, Polo G, and A Boogie wi da Hoodie.

Lil Tecca is one of the quickest rising stars in the hip hop world. In just two years, he was able to win the hearts of millions from around the world and now, he has nearly 5 million followers on all of his social media platforms. As of now, his net worth surpasses $3.5 million and he has been enjoying a cult following among pre-teen and teen audiences.

The rapper began his career in 2017 and after releasing an international hit single, he was able to top charts and receive gold and platinum certifications in over 10 different countries. His projects have been highly-praised and well-received in countries such as Australia, Brazil, Greece, and the United Kingdom to name a few. 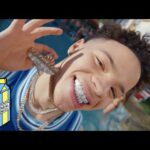 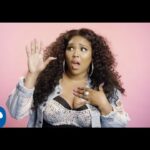