How much is Lil Skies worth?

Who Is Lil Skies

Becoming a huge sensation at a very early age, Lil Skies is an American rapper who stepped into the music industry by uploading his singles on YouTube’ and SoundCloud’, which secured him his first record deals. Born on 4th of August, 1998, Lil Skies was named Kimetrius Christopher Foose and comes from Waynesboro, Pennsylvania.

He started releasing his music in the year 2017, with some popular singles such as Red Roses’ and Off the Goop.’ The tremendous success of these tracks led to Lil Skies getting a record deal with Atlantic Records.’

His music got him fame and money, eventually making him a true success and gaining millions of fans. He not only raps, but is also a songwriter and singer.

American rapper Lil Skies has a net worth of $3 million dollars, as of 2021.

How Did Lil Skies Get So Rich?

The rapper’s song ‘Red Roses’ went platinum with over 80,000 certified sales and streams in Canada, while hitting 1,000,000 in the United States. Although he boasted to Landon Cube that the song will surely hit a million sales, he was shocked when it happened for real. The whopping number of sales made Lil Skies earn a huge fortune of over $500,000 from this song alone. Then his album “Life of A Dark Rose” also garnered another 652,000 sales by December 2018, eventually generating him huge dollars.

Back to back hits made him attract the attention of some other big names in the music industry. Gucci Mane was drawn to the rapper’s work and they collaborated to create “Shelby” which generated 54,122 album-equivalent units within a week and made the star get over 68 million on-demand audio streams. Spotify offers a pay-scale of $7.50 per 1,000 streams, and that’s why Lil Skies earned a rough figure of $514,000 with this single track.

Since Lil Skies is on SoundCloud too, he also earned around $88,000 from the song as the platform pays $1 for every 776 streams of an audio. Some other music platforms where the rapper publishes his music include Apple Music, Google Play and Tidal that call for even fewer streams to generate an earning of $1 dollar, which means he earned even more revenues from the album through these platforms.

After releasing “Shelby”, the rapper also launched a limited edition of his merchandise that were made available to the people for just one week. This turned out to be a great move because his fans went crazy for his apparel, from t-shirts to hoodies and more. It was a smart for entrepreneurial move because if he hadn’t made it a limited sale it would never have sold so many so fast.

Each item in the merchandise was an album bundle so every buyer would get the merchandise and an album too. For those who couldn’t purchase the limited edition items in the short time span available, there is a provision of getting those hoodies on Amazon that comes with images of the rapper and Landon Cube, ranging from $49 to $54. There’s other stuff included in the merchandise, such as stickers, t-shirts, and posters, along with a bunch of other items on Redbubble.

Lil Skies also generates money by going on world tours for his music performances. There was a huge tour that was planned for May 8 to May 10, 2020, but with the covid-19 pandemic, it was unfortunately postponed. If you like his work and want to invite him for an event, he charges between $40-60 thousand dollars to show up.

Lil Skies always wanted to be a musician since he was a kid, influenced hugely by his father who was also trying to make it in the hip hop industry. All he knew was that he was good at music and the feeling he got while performing was simply unbeatable.

He recorded his first song at the age of four and was named Lil Skies by the girls who hung out with his dad. He was creating mix-tapes and used to sell them in school by the age of 10. He them made 50 copies of his work and put it in a CD case, which were also signed by him; all the CDs were sold within 2 days.

Coming from Pennsylvania helped him build a reputation as Jeff Vaughn who signed the rapper to Atlantic Records stated that he was drawn to Lil Skies because the latter is from Pennsylvania. When he uploaded his very first music video for “Lonely” in August 2015, he gained huge response from the audience, thereby becoming a celebrity on YouTube’ and SoundCloud.’

Lil Skies reached out to Landon Cube and Cameron Haller when he heard them play his song. Landon then collaborated with Lil Skies to create “Red Roses” which tells the life story of Lil Skies. The song became a hit instantly and grabbed a spot on the Billboard Hot 100’ chart.

In 2016, he uploaded another music video, Da Sauce,’ followed by ‘Nowadays’ in 2017 – both of which became huge hits, making the star gain followers on his SoundCloud account with each upload.

Lil Skies believes that his music works because what he is going through is real and that’s why the audience finds it relatable. The fact that his music and journey inspires others not only inspires him more, but also motivates him to keep going. He takes inspiration from musicians like 50 Cent, Travis Scott and Lil Wayne. He simply believes in going with the flow and letting go of what you think life should be like. His message to his fans is to do as many things as possible and as much as you can as most of the amazing things in life are free.

The American rapper who started with a thought of sharing his songs with people through digital platforms has reached a total worth of $3 million dollars as of 2021. Lil Skies’ strong love for music and a constant strive to do more for his fans and audience has helped him come a long way. He says he doesn’t spend on things he doesn’t need, instead prefers investing in the betterment of his career and himself. With a great mindset and natural inborn talent, it won’t take long for him to increase his fortune. 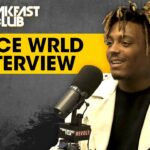 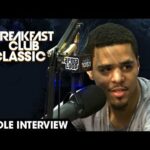