How much is Lil Jon worth?

Who Is Lil Jon

Lil Jon is the stage name of Jonathan Smith. He’s an American record producer, songwriter, and most notably a disc jockey (DJ). Jon began his career in 1991 and rose to prominence a few years later after he formed one of the best rap groups of all time – Lil Jon and The East Side Boyz. Throughout the late 1990s and early 2000s, the triumphant record producer went on to create multiple hit singles and work with a lot of best-selling artists.

Among some of the best songs he ever produced are “Cyclone”, “Goodies”, “Get Low”, “Freek-a-Leek”, and “Yeah!”. He continued to build his legacy and become successful in the late 2010s when he released his hit single “Turn Down For What” which is in collaboration with the French artist DJ Snake. Thanks to his most successful song, he received nominations for multiple awards and even won a Grammy Award in the category “Best Music Video” in 2014.

How Did Lil Jon Get So Rich?

The reason why Lil Jon is so rich is that immediately after he began working as a record producer, he teamed up with many established and rising artists. Throughout the late 1990s, he created a few albums such as “So So Def Bass All-Stars”, which was followed by two more albums of that name. Besides producing music for music artists and working as a DJ, Lil Jon also began working as a radio personality on the radio station V-103.

The disc jockey had his first breakthrough in 1995 when he met rappers Big Sam and Lil Bo with whom he formed the multi-platinum group “The East Side Boyz”. Their first single “Who You With?” premiered in early 1996 and was credited for including the term “crunk” into the hip hop world. A year later, after they released a few more singles, the trio released their very first studio project, the album “Get Crunk, Who You With Da Album”.

Their sophomore album came out in 2002 and it did relatively well on the music charts, peaking at number 50 on the US Billboard 200. It was a year later, in February 2003, that the trio really gained national attention thanks to their breakthrough song “Get Low”. The song not only found success in the United States but in many countries around the world, including Australia, Germany, New Zealand, Switzerland, and the United Kingdom.

After spending the rest of the 20th century and the beginning of the 21st century working together and touring the United States, The East Side Boyz eventually split up in 2005. Their last project together was the album “Cunk Juice”, which would actually turn out to be their best. Not only it was met with positive reviews but it also climbed the top 3 of different Billboard charts such as Billboard 200, Independent Albums, and Top R&B/Hip Hop Albums.

What made the talented songwriter so famous is his talent for music in many aspects. Whether it’s recording, producing, or songwriting, Lil Jon has done it all and continues to make a name not only for himself but for other artists as well. He was born on January 17, 1971, in Atlanta, Georgia. He spent most of his childhood with friends and doing skateboarding before developing an interest in becoming a disc jockey.

At the age of 15, he taught himself how to be a disc jockey. Soon, despite his parents’ disapproval, he was able to improve his DJ skills by attending and hosting various parties both in Atlanta and in other cities. During his teen years and even after he graduated high school, besides working at a skate shop, Jonathan also became the local DJ in his hometown. It was around that time that he met music producer Jermaine Dupri, who eventually offered him to work together. Jon peaked at the A&R position that he was hired and soon he was promoted to an Executive Vice President. While he was VP, he managed to recruit the likes of DJ Smurf, Playa Poncho, Raheem the Dream, and Shawty Redd.

What makes Lil Jon so successful was his dedication to music in different aspects. While continuously working as a DJ in various American cities, Lil Jon also played an important part in the success of Lil Jon and The East Side Boyz or just The East Side Boyz. Thanks to the group, he was able to attract more attention and soon began pursuing his solo career. The record producer’s first single project was the song “Snap Yo Fingers”, released on April 11, 2006. Surprisingly, the single was a total hit and it reached high positions in the music charts, especially at the Billboard Hot 100 where it peaked at number 7.

After the release of his own hit, Lil Jon teamed up with other artists for the creation of global hits. Ciara’s “Goodies”, Petey Pablo’s “Freek-a-Leek”, Usher’s “Yeah”, and Baby Bash’ “Cyclone” to name a few. In the late 2000s, he continued to collaborate with different artists such as Jay Sean, LMFAO, and 3OH3, all of whom appeared on his debut album. His very first solo studio project was the album “Crunk Rock”, released in June 2010. It includes 14 songs, only one of which is not a collaboration – “Get In Get Out”. The rest of the tracks include guest appearances from Soulja Boy, The Game, Pitbull, R. Kelly, and many others.

Lil Jon hit the peak of his career in 2013 after the release of the global hit “Turn Down For What”, which is a collaboration with DJ Snake. Immediately after its release, the song entered and topped multiple charts all over the world. It was used in many movies such as “Furious 7”, “22 Jump Street”, and “The Angry Birds”. The music video of the song earned Jon his very first Grammy Award in the category “Best Music Video”.

Lil Jon is an eminent record producer and songwriter. He is often credited for his contribution to the success of artists like Baby Cash, Ciara, and Usher among many others. Outside of music, he is also a television personality that has appeared in a series of films, television shows, and reality programs such as “Scary Movie 4”, “The Celebrity Apprentice”, and most recently “The Rap Game”. 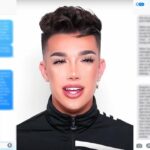 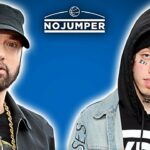