How much is Lil Dicky worth?

Who Is Lil Dicky

Lil Dicky, born David Andrew Burd, is a rapper and comedian who has become famous for his music that combines rap and comedy. He first grew a fanbase on YouTube in the early 2010s and then skyrocketed to stardom after releasing his first, and as it stands, only album, Professional Rapper. Burd has collaborated with a ton of pop stars, including Chris Brown, Ariana Grande, Justin Bieber, Ed Sheeran, and many more. His most famous song is “Earth”, which was released to raise awareness about the environment and climate change. Most recently, Burd released a TV show named Dave, which is based on his life.

American rapper and comedian Lil Dicky has a net worth of $8 million dollars, as of 2021. In 2013 Dicky released the music video of his song “Ex-Boyfriend, within 24hrs the video had more than one million views on YouTube.

How did Lil Dicky earn his net worth?

Burd’s YouTube channel is insanely popular, as it has over seven million subscribers with almost two billion video views, which is an astronomical amount for a rapper with only one album ever released. And top of, the rapper has a song that even dwarfs Earth’s figures. In 2018, Burd released the music video for “Freaky Friday”, his song with Chris Brown, and the video currently sits at almost 650 million views. This means that Burd will be earning a huge daily income from ad revenue on YouTube alone. The rapper’s record sales speak for themselves too. Though he has only ever released one proper album, it sold more than 20,000 copies in it’s first week and it peaked in the top 10 of the Billboard Hot 200 albums chart.

On top of that, Lil Dicky has over five million monthly listeners on Spotify, with “Freaky Friday” having over half a billion plays, meaning that the rapper will be earning a handsome monthly pay check from streaming services too. Outside of music and YouTube, Burd has also earned a lot of his wealth thanks to some extremely lucrative endorsement deals, including the condom brand, Trojan. And he has produced and starred in Dave on FXX, in which the rapper plays a fictionalized version of himself.

The rapper’s interest in entertaining for a living began when he was just a child, as he started rapping in fifth grade, imitating his favourite artists such as Nas and Jay Z. But Burd’s start in the industry isn’t as predictable as people think, as his success in entertainment began after he moved to San Francisco. Though he was just working as a lowly account manager at the advertising agency, Goodby, Silverstein & Partners, the entertainer rapped his monthly progress report on video to his boss. The company then promoted him to work in the creative department, in which he wrote ads for companies including the NBA.

The first mixtape that Burd would create was So Hard, which took the rapper years to create as he was still working for Goodby, Silverstein & Partners while recording it. However, once it was finished, the rapper exploded as the lead single, “Ex-Boyfriend”, earned one million views on YouTube within just 24 hours of being uploaded. Though the success didn’t last long as he quickly ran out of money, but this encouraged him to launch a kickstarter campaign in which he tried to crowdsource $70,000 so he could release more music. Burd had more fans than he thought, as the funding far surpassed the initial goal, making $110,000, which was much more than the $400 it cost him to make his first mixtape.

After releasing dozens of songs and music videos over the next year, Burd finally singed a management deal with CMSN, who are also the managers for Tyga, in 2014. And by 2015, Burd had recorded and mixed his very first studio album, Professional Rapper. The album was a massive success, thanks in part to the high profile guest features, which include Snoop Dogg, T-Pain, Fetty Wap, and even the comedian Hannibal Buress. The following year in 2016, Burd’s success continued, and though he had been around for years and released heaps of music, he was included in the 2016 XXL Freshmen line up. That year’s line up was stacked with talent, as it also included Anderson .Paak, Lil Uzi Vert, and Denzel Curry.

In 2019, if there was anybody on Earth hadn’t yet heard of Lil Dicky, that was about to change with the release of a song titled exactly that. “Earth” featured a whole slew of guest features, including singing from Justin Bieber, Ed Sheeran, Shawn Mendes, and even Ariana Grande. The music video was even bigger, as it featured Leonardo DiCaprio, and the video was even created in partnership with the Leonardo DiCaprio Foundation. As of right now, the song has over 280 million views and Burd has stated that it was the most important thing he’ll ever do.

Burd is on record as saying that he never tried to be a rapper and that he always saw himself in comedy or as a writer first and foremost. But that is how he has become successful, as he is one of the few to combine satirical comedy in to his raps, and at the same time be completely relatable. The subject matter that he raps about, such as growing up as a Jewish child and not going out, is fairly basic, but he makes it sound exciting. It also helps that he is influenced by some the most inspirational rappers around right now, such as J. Cole, A$AP Rocky, and Childish Gambino.

The rapper is also magnifying in on the warts of rap, as he has said that he saw the egotistical nature of many modern day rappers and wanted to create something that was completely opposite of the stereotype. He believes that general audiences can no longer relate to current rap music, so he has made it his mission to be as relatable as he possibly can, which has helped him become more successful than he could have otherwise. His rapping is also extremely skillful and, like Eminem, he can rap at a ridiculous speed, which few other rappers can keep up with.

With making something creative out of the mundane, whether it’s rapping a work document or making a music video about staying in, Lil Dicky has created a niche in the rap industry and has found great success in it. Thanks to his creativity and robust rap style, Burd now has an estimated net worth of $8 million. Burd is currently prepping the release of season two of Dave for FXX and is working on a follow up to Professional Rapper, which has been long in demand. 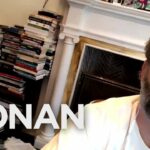 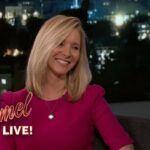