How much is Liam Neeson worth?

He’s one of Hollywood’s living legends having starred in films like Schindler’s List, Gangs of New York and Taken.

Who Is Liam Neeson

Forget nepotism. For every Miley Cyrus or Drew Barrymore, there’s a Liam Neeson, a man whose road to stardom has been anything but easy. When Neeson came out of relative obscurity to star in the incredible Schindler’s List, he surprised everyone with the dignity, gravitas, emotion and complexity of an actor who’d been honing his craft for decades. Because, as it turns out, he had.

William John Neeson was born in Ballymena, just outside Belfast, Northern Ireland. The family was Catholic living in the predominantly Protestant community, but Neeson didn’t experience much sectarian prejudice. All the same, one of the things that first drove him to act was sneaking into the Protestant church to see minister Ian Paisley thunder away from the pulpit. “He had a magnificent presence,” Neeson said later, “it was acting, but it was also great acting.”

His other interests lay in boxing (he would be a Heavyweight Youth Champion at 16), the cinema and girls. He stood a towering 6’4″—good for both boxing and wooing women—but he decided to lean softer, joining several school productions because he was following a crush. The girls came and went but the acting stuck, and at 17 he quit boxing and joined the Slemish players, some dedicated, if inexperienced, amateurs who performed in community centers across Ireland.

He briefly attended college at the University of Belfast, but left within his first year. He took a day job operating a forklift at the Guinness Brewery while acting at nights. Such was his dedication that during the worst of the Troubles (the Northern Ireland bombings and killings of the early ’70s), he would hitchhike to Belfast three times a week to rehearse for a play. He would remark later, with surprise, how little he was deterred by the danger. In those times in that city, he could’ve easily been shot.

Mirren To The World

Liam loved acting but was unsure about its viability as a career, and it was only after a failed attempt to be a teacher that he gave himself to it. He was prolific in Irish theater until spotted by director John Boorman, who took to Neeson and cast him in Excalibur, his first feature film. The film was a success and Neeson was good in it, but his biggest profit would come in a new girlfriend, his Excalibur co-star and celebrated stage actress Helen Mirren.

For all his talent, Neeson had been something of a gentle country boy and Mirren was his gateway to the world. They would date for five years, with Mirren supporting and guiding him to films like Krull, The Bounty and The Mission as well introducing him to little pleasures like parties and Chinese food. Once the two split, Neeson was ready. With money to last six weeks, he packed up and left for Los Angeles in January 1986. “I wanted to get leads in movies,” he says, “and I wasn’t going to do that in London.”

His American roles started with a guest spot on an episode of Miami Vice and soon turned into a torrent of roles. He was beginning to establish a reputation for himself as an accomplished character actor with over a dozen films in the next six years. He was pursued, first for a part and then as a partner, by Natasha Richardson for a stage production of Anna Christie. The two would begin an affair and marry in 1994, soon after Richardson’s divorce to producer Robert Fox. They would have two sons over the next two years.

His performance in Anna Christie would not only earn him a Tony Award nomination and a new wife, but also the role of a lifetime. He had auditioned for Steven Spielberg’s Schindler’s List, but it was only after the director saw Neeson on Broadway that he scored the role. This saw him in the best film of the year, exhibiting the considerable skills he had acquired over decades of work. The Academy Award would elude him (going against an AIDS-ravaged Tom Hanks in Philadelphia is almost unfair), but no matter: he had arrived, at 41, as a leading man in Hollywood.

He didn’t let he opportunity escape him. He starred in the stirring biopics Rob Roy and Michael Collins, proved his depth with Les Misérables and enjoyed his first über-blockbuster with Star Wars: Episode I – The Phantom Menace. Since Star Wars, his career has soared as he showed off his impressive range. He could be coolly violent (to great effect) as in Batman Begins, Gangs of New York and Taken, and then he could be brilliantly dramatic as in Kinsey and Breakfast on Pluto. Even his voice got famous as Aslan the Lion in The Chronicles of Narnia.

His career had never been better, but in March of 2009, an unspeakable tragedy hit when is wife, Natasha, died after a freak skiing accident in Canada. Suddenly, Neeson was left to raise their two boys himself. He retreated from the spotlight to grieve with his family, but soon came back ready to work. 2010 was the busiest year of his career, with seven theatrical releases. Perhaps Ireland’s finest screen actor, the consummate professional is at the top of his game, and shown no signs of slowing down.

Born June 7, 1952 in Ballymena, Northern Ireland, William John “Liam” Neeson was the third of four children, and the only boy born to parents Kitty and Barney.

As a boy, Neeson enjoyed boxing and credited the sport as giving him the determination in later years to pick himself up and keep going whenever he was rejected for an acting job.

A school play at the age of 11 opened up the world of acting to young Liam. It was his role as a young man trying to connect with his father in the play, Philadelphia, Here I Come! that decided Neeson’s fate: “Something clicked. I thought, this is what I want to do for the rest of my life. I felt a release of emotion.”

Acting, however, wasn’t a suitable career choice for someone from Neeson’s background, so he enrolled in physics and computer science at Queen’s University in Belfast. Neeson was frustrated, though. He hated his classes and ended up leaving university to work. He tried his hand at a few things: forklift driver at a Guinness brewery, a teacher-training college in Newcastle and a job as an architect’s assistant, but acting was still in Neeson’s blood.

A series of stage roles led Neeson to be cast as Jesus Christ and Evangelist in the religious film, Pilgrim’s Progress in 1978 and as Sir Gawain in the film Excalibur in 1981. Neeson then moved to London to live with actress Helen Mirren, and starred in five films over five years including Krull, The Bounty and The Mission.

In 1987, Neeson set out for bigger and better opportunities–ones that only Hollywood can offer. Almost right away, Neeson landed a role in “Suspect,” and he soon made a name for himself with the 1990 movie, Darkman. But it was Neeson’s role in 1992’s Shining Through that made Steven Spielberg sit up and take notice. Speilberg cast Neeson as Oskar Schindler in the Oscar-winning Schindler’s List. It was this 1993 movie that allowed Neeson to break from the pack and become known as a leading actor.Major movies followed. To name a few: Rob Roy (1995), Les Misérables (1998), Star Wars Episode I: The Phantom Menace (1999), Gangs of New York (2002), Love Actually (2003), Kinsey (2004), The Chronicles of Narnia (2005/2007/2010), and Five Minutes of Heaven (2009).

Neeson has won a handful of acting awards and been nominated for more than a dozen. Most notable is his Oscar nomination for Best Actor in a Leading Role in Schindler’s List. The actor has also been twice-nominated for Broadway’s Tony Award as Best Actor in a Play: Anna Christie in 1993 and The Crucible in 2002.

Liam Neeson was named an Officer of the Order of the British Empire by Queen Elizabeth II in her 1999 New Year’s Honours List.

Neeson met actress Natasha Richardson while working on the TV mini-series Ellis Island in 1984. They married on July 3, 1994 and settled in Millbrook, New York. The couple has two sons: Micheal, born in 1995 and Daniel, born a year later. During a 2009 skiing trip in Quebec, Canada, Richardson suffered a severe head injury and died on March 18th.

In August 2009, Neeson revealed on ABC’s Good Morning America to tnterviewer Diane Sawyer that he had recently naturalized as a United States citizen. 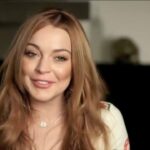 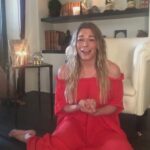