An English actor and screenwriter Lennie James appeared in a long line of films. For example, you could know him from Les Misérables and Colombiana. Also from TV series Critical, Jericho, Low Winter Sun, and Walking Dead. So many roles nicely improved his financial well-being. Lennie has now estimated net worth of $4 million as of 2021. How did he earned it?

How Did Lennie James Get So Rich?

Lennie James was born on 11th October, 1965, in Nottingham, United Kingdom, to Afro-Trinidadian parents. His mother died when he was only ten years old and he lived in foster care for 8 years. As a teenager, Lennie aspired to be a professional rugby player. He attended the Guildhall School of Music and Drama and graduated in 1988.

In 2000, he wrote the autobiographical TV film titled Storm Damage, which was nominated for a British Academy Television Award for Best Drama Series. The film depicts a teacher who tries to go back to the foster home he left and help the teenagers who live there. Lennie also wrote the play named The Sons of Charlie Paora. The play opened at London’s Royal Court Theatre in 2004 and was well reviewed.

What about his love life? Lennie lives in Los Angeles with his longtime girlfriend/partner Giselle Glasman. They have three daughters together, Romy and twins Celine and Georgia. The twins are both currently studying at Ivy League universities. He loves to cook for his family, especially Caribbean cuisine. Despite his high net worth, Lennie puts emphasis on decent education and work and rejects importance of being a celebrity. He also works as a mentor to black urban kids. 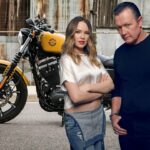 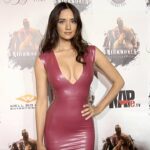