How much is Lena Headey worth?

Lena Headey is an English actress and producer. She started acting in her twenties during the early 1990s and quickly became one of the most popular actresses in the world. In 2011, she rose to international popularity when she joined the cast of Game of Thrones. Her outstanding and highly-praised portrayal of Cersei Lannister elevated her career and earned her nominations for prestigious awards such as Primetime Emmy and Golden Globe.

Bermudan-English actress Lena Headey has an estimated net worth of $10 million dollars, as of 2023. Headey played the role Cersei Lannister on fantasy drama series Game of Thrones.

She was born on 3 October 1973 in Hamilton, Bermuda. Both of her parents are English. At the time of her birth, her father, who is a Yorkshire police officer, was sent there to the station in the Bermuda Police Service. Lena was raised for a few years in Somerset before her family moved to Highburton, West Yorkshire. In her childhood, she was a fan of dancing and took several ballet lessons.

During her teen years, Lena became interested in acting and her first experience of acting was at the Shelley College. At the age of 17, she was noticed for her performance in a school production at the Royal National Theatre. After a casting agent took a photo of her, she was picked for a role in the 1992 drama Waterland, which would mark her professional acting debut.

Taking part in HBO’s fantasy series as the main villainess contributed a lot to the wealth of Lena Headey. Prior to that, in 1993, she got her first role in the critically acclaimed drama The Remains of the Day, which earned eight nominations for Academy Awards. That year, she made her television debut as she landed a role in the anthology drama series Screen Two. Throughout the mid-1990s, Lena’s career continued to grow and she joined multiple television films – Fair Game, Devil’s Advocate, and Loved Up.

In the early 2000s, Lena became one of the rising stars in the film industry. She took part mostly in films, with her most notable roles being Anazapta, Possession, Ripley’s Game, The Brother’s Grimm, The Cave, and 300.

“Getting the role in ‘300’ saved me. I’d been out of work for 11 months after ‘The Brothers Grimm.’ Once the film came out and didn’t do so well, the director Terry Gilliam blamed me for absolutely everything. It was pretty appalling, and I had started to wonder if I’d ever get another job again when I was asked to audition for ‘300’,” Lena has said.

In 2008, she joined the cast of the Fox science fiction television series Terminator: The Sarah Connor Chronicles, in which she portrayed the role of the protagonist Sarah Connor. “Some ‘Terminator’ fans were outraged that I was playing Sarah Connor. To be honest, I’m a little tired of the comparisons to Linda Hamilton. I know she will always be the original Sarah Connor, but when people see what I bring to the role, they will look at her with new eyes.” Lena said at the time.

In 2011, she portrayed the role of Cersei Lannister in Game of Thrones. She was one of the leads who eventually transitioned into the main villainess. She took part in the show until its very end, in May 2019 and starred in 62 episodes.

In 2013, she appeared in The Purge and has said, “That scene in ‘The Purge’ where my kids, Mary’s kids, are in danger was really crazy for me, because I suddenly… I have my methods as an actor, so I went to the place of ‘If somebody came near my children, with bad intent?'”

Earning a high of $1 million per episode for her role of Cersei Lannister in Game of Thrones added greatly to Lena Headey’s net worth. It was only for 13 episodes but when combined with her earnings from the other 49 episodes, she earned a total from the show of about $27.7 million. In the rest of her career she has earned about another $5 million from her appearances in TV series like Wizards, Infinity Train and Masters of the Universe: Revelation.

Concurrently with her work for the epic HBO series, she continued to star in other productions as well. She began working as a voice actress in 2014, voicing roles in Uncle Grandpa, Danger Mouse, Trollhunters: The Tales of Arcadia, and The Rise of the Teenage Mutant Ninja Turtles.

Her total career earnings are estimated at $32.7 million. Of that amount, $3-4 million will have been paid in business related costs. The remainder, $29.2 million, will have been taxed at 47% as Lena has been residing between the state of California and the London, England. After tax, it is estimated that her career earnings are at around $15.48 million dollars, having paid $13.72 million dollars in taxes.

Her latest marriage and divorce to Dan Cadan between the years of 2018 and 2019, was likely unproblematic considering it was so short lived and Headey’s earnings were during the marriage were low. What was problematic financially, was her marriage to Peter Paul Loughran between the high earnings years of 2007 and 2013. In fact, it was so bad that in April 2013 Lena made headlines announcing that she had “very little money”, reportedly just about $6-7 million, after her divorce from Loughran. A more likely figure in the circumstances is $8.5 million for her her net worth in 2013. Often during and after divorce proceedings lower than actual figures do tend to come out.

Apart from her prosperous acting career, Lena is highly-praised for her public image and work as an activist and philanthropist. She has graced the covers of multiple magazines such as G3, EDIT, LADY GUNN, Entertainment, Culture, Rise, TV Guide, and Sunday Mirror among many others. She is a known supporter of the LGBTQ rights and has been involved in humanitarian organizations such as IRC (International Rescue Committee).

Lena Headey is now known around the world for her one-of-a-kind performance in Game of Thrones. Even before that, she was still finding success and prosperity in the film industry thanks to her roles in many television projects. In addition to an international breakthrough, her acting has also earned her multiple awards and nominations.

Besides the prestigious Primetime Emmy and Golden Globe Awards, the actress has earned herself multiple nominations for Saturn, Empire, and Screen Actors Guild Awards. As of now, her net worth is estimated to be $10 million and she continues to be one of the most beloved and critically acclaimed English actresses in Hollywood. 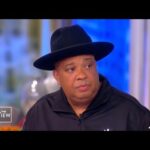 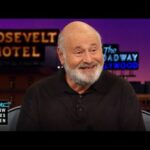