How much is Lavar Ball worth?

Lavar Ball is the father of current professional basketball player Lonzo Ball, who plays in the National Basketball Association (NBA) for the New Orleans Pelicans. He is the founder of Big Baller Brand, an athletic apparel company, and has also run different community outreach programs in his hometown of Chino Hills, California primarily focusing on basketball.

He was also the founder of the now-defunct Junior Basketball Association, a professional league designed to be an alternative to the NCAA for prospective NBA players who wanted to be compensated.

American businessman and former professional football player Lavar Ball has an estimated net worth of $3 million dollars, as of 2023.

Lavar Ball rose to prominence in 2017, during the latter half his son Lonzo Ball’s only college basketball season at UCLA. Although Lonzo Ball was in the midst of a very successful year, ultimately averaging 14.6 points, 7.6 points, 6.0 rebounds, and 1.8 steals per game, Lavar Ball greatly enhanced Lonzo’s popularity by using the media as a platform to make braggadocios claims about his son.

While a dominating father figure is not foreign to athletics evidenced by the influence of Earl Woods on Tiger Woods and the influence of Richard Williams on Serena and Venus Williams, Lavar was one of the first cases of a parent becoming more famous and prominent than their child.

Before Lavar Ball rose to prominence, Lonzo Ball was considered a talented player who would make the NBA but was overshadowed by other NBA prospects such as Markelle Fultz, Jayson Tatum, and Josh Jackson. Lavar Ball enhanced and embellished the potential of his son, appearing on several sports talk shows and other media outlets to announce that his son was going to be the face of the NBA and would be better than Lebron James.

In 2016, Lavar started an athletic apparel company called Big Baller Brand to monetize the athletic prominence of his 3 sons, charging outlandishly high prices for shoes, hoodies, and other athletic gear. He also founded the Junior Basketball Association for future NBA players who wanted to avoid the NCAA, hoping to feature his other 2 sons in the league to further their professional careers.

Lavar Ball has an estimated net worth of about $3 million, earned from a variety of outlets including his sports apparel company, professional basketball league, media appearances, and endorsement deals. Because his professional basketball league folded after 1 season and his media notoriety fizzled after his son Lonzo did not end up becoming a very good NBA player, most of Lavar’s future earning potential lies primarily with his athletic apparel company.

Unfortunately, Big Baller Brand has been plagued with difficulties since its creation, often failing to deliver orders on time and sometimes not delivering at all. Its struggles prompted an “F” rating from the Better Business Bureau and are forcing the company to overhaul its operations to stay in business.

Lavar Ball’s net worth has steadily increased over the last few years despite the setbacks. His personality has allowed him to continue while others may have quit. In doing so he has earned an estimated net worth of about $3 million and continuing to work his projects letting winners run and cutting losses short.

Lavar Ball became successful because of his masterful ability to generate large amounts of attention around himself and his son Lonzo. Lavar Ball’s tactics transformed Lonzo’s image from a talented collegiate player to a guaranteed NBA superstar, prompting him to be drafted with the 2nd overall pick by the Los Angeles Lakers in the 2017 NBA draft. The Lakers then famously held a press conference where Magic Johnson proclaimed Lonzo the next great player for the Lakers franchise.

Although Lonzo did not live up to the superstar image created by his father, the media attention garnered by Lavar enabled him to create financial security for himself and his family.

Lavar Ball is the father of NBA player Lonzo Ball, who currently plays for the New Orleans Pelicans. He was able to successfully use the media during his son’s senior season at UCLA to enhance the athletic image of his son, prompting him to be drafted by the Los Angeles Lakers with the 2nd pick in the 2017 NBA draft. He also was able to found a professional basketball league and sports apparel company because of the fame that he achieved, amassing an estimated net worth of $3 million. 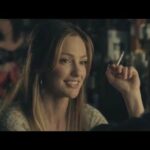 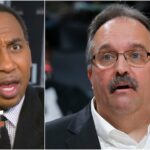