How much is Larry King worth?

You’ve seen him in all of his suspender-ed glory grilling the heavyweights of Hollywood and the “people’s” politicians on Larry King Live for 25 years before bidding his loyal followers adieu in December of 2010. And only to start Larry King Now in 2012 stealing the show once again…

Who Is Larry King

Larry King isn’t just a broadcasting legend. Sure, he’s won two Peabody Awards, but also has a star on the Hollywood Walk of Fame. He’s won 10 CableACE awards, but what kind of interviewer bears the torch of the 2002 Olympic Games? He has won an Emmy, but also has been crowned Bacchus XXXIII at Mardi Gras. King is more than a broadcaster, he’s a staple of American popular culture, and though his show may have ended, his presence will continue to be felt for some time to come.

American television host Larry King, has a net worth of at least $150 million dollars, as of 2021.

Larry King was born Lawrence Harvey Zeiger in Brooklyn, NY, on November 19, 1933. His father, a bar owner and Jewish immigrant, died when King was only nine, and his mother was forced to go on welfare to care for Larry and his younger brother, Marty. Larry was deeply affected by his father’s death, and underperformed in high school, dreaming of a career in radio but working menial jobs to help provide for his family.

A chance meeting with a CBS broadcaster reawakened his radio dreams, and King jumped on a bus to Florida, where the radio market was not yet entrenched. His first job was to clean the station at WAHR in Miami Beach, but when one of the announcers suddenly quit, King got his break. His first broadcast was May 1, 1957, and went on the air regularly, from 9AM to noon, as well as a couple afternoon newscasts and a sportscast.

The station manager was impressed, but told him the name Zeiger wouldn’t work—it was too ethnic, too difficult to remember—so Larry picked “King” out of a newspaper ad for King’s Wholesale Liquor, and it stuck. With a great radio voice and a gift for interviews, King quickly became a local star, and in 1960 also hosted a television show, Miami Undercover, winning the support and aid of Jackie Gleason, among others. “He became like a mentor to me,” Larry said, and Gleason helped him develop his style and net difficult interviews.

King continued to work prolifically throughout the ‘60s, doing sports, news and interviews for both radio and television. He lived prolifically as well: by 1972, at age 39, he had married and divorced four of (what would be) his seven wives. In late 1971, a former business partner accused King of grand larceny, and the accusations alone were sufficient for his firing.

Though the charges were dropped less than three months later, King spent years reviving his career with smaller, sports-related jobs until he got hired back in Miami in 1978 for his first national radio exposure, The Larry King Show. The show was tremendous, growing to over 500 affiliates, and won King the attention of Ted Turner, who chose the interviewer to host a daily live show on CNN. Known for its eclectic and prominent mix of guests and King’s relaxed, uncontroversial interview style, Larry King Live became an unprecedented success.

For 25 years, until he stepped down in December 2010, King interviewed every sitting president since Gerald Ford, countless dignitaries and world leaders, celebrities, newsmakers and everyone in between. In his final episode of Larry King Live, CNN stated that King had performed over 40,000 interviews over the course of his 53-year career.

Though he’s known as something of a soft-baller, his success bears notice, as does his wisdom. “Nothing I say will teach me anything,” says the man who’s interviewed everybody from Eleanor Roosevelt to Malcolm X, Mikhail Gorbachev to Marlon Brando, “so if I’m going to learn, I must do it by listening.”

Defining Quote “I’ve never learned anything while I was talking.” 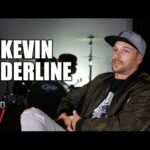 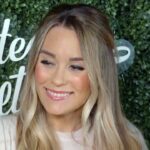