How much is Larry Holmes worth?

Who Is Larry Holmes

Larry Holmes is an American boxer who rose to prominence in the late 1970s and early 1980s. Born and raised in Easton, Pennsylvania, he soon earned the moniker “The Easton Assassin” thanks to his heavy blows and incredibly strong defense. His left jab to this day remains one of the best in boxing history. He’s the recipient of multiple awards and achievements such as the WBC Heavyweight Championship and the IBF Heavyweight Championship to which he’s the inaugural champion.

American former professional boxer Larry Holmes has a net worth of $18 million dollars, as of 2021. He competed in professional boxing from 1973 to 2002 when he retired after beating Eric “Butterbean” Esch by a 10-round unanimous decision.

How did Larry Holmes earn his net worth?

Transitioning into a professional in March 1973 helped the boxing champion become rich in no time. In his first match as a professional, he boxed Rodell Dupree, whom he defeated via a points decision. During the mid-1970s, Holmes began working as a sparring partner with the likes of Muhammad Ali, Earnie Shavers, Joe Frazier, and Jimmy Young. At that period of time, he was able to make more than $10.000 in just a few months time.

By the late years of the decade, in March 1978, he gained a lot of credibility and wealth thanks for his upset win over his sparring partner Earnie Shavers. His win also earned him a title match against Ken Norton for the WBC Heavyweight Championship, which was eventually by Holmes. After winning the championship, Holmes was able to defend it against competitors such as Alfredo Evangelista, Ossie Ocasio, Mike Weaver, and Scott LeDoux among many others. But perhaps his most notable title match, and match in general, is that against Muhammad Ali from October 1980, which earned Holmes nearly $10 million in total.

The Easton Assassin became famous immediately after he began winning championships and scoring records. He was born on November 3, 1949, in Cuthbert, Georgia. He has eleven siblings and was born fourth. Holmes’ family moved to Easton in 1954 and soon, his father left for work in Connecticut. To support his family and earn additional income, Larry dropped out of school and began working at a very young age. One of his many jobs were working at a car wash where he earned $1 per hour. He also spent some time working as a worker in a quarry and driving a dump truck.

At the age of nineteen, Larry started boxing and this marked the beginning of his amateur career. In what was his first match, he faced off Nick Wells as part of the 1972 National Olympic Trials. Holmes was chosen as a finalist where he moved on to face Duane Bobick to whom he lost via disqualification for excessive holding. He spent most of the late 1960s and early 1970s racking up wins against various competitors and his amateur record was eventually 19-3.

The success of Larry Holmes comes from his hall of fame career, which truly peaked at the time he faced off with Muhammad Ali. The match between the two took place on October 2, 1980, in the Caesars Palace venue in Las Vegas. To this day, with a record 2 billion viewers worldwide, this fight (which is billed “The Last Hurrah”) remains the most-watched of all time. Holmes was eventually able to defeat Ali via corner retirement, and in the process, became the first man to not only defeat the icon but also stop him from a technical knockout.

Throughout the late years of the 20th century, Larry continued to defeat multiple opponents and win championships. In addition to the WBC Heavyweight Championship, which he held onto for five years, he also won The Ring, IBF, WBA, and IBO World Heavyweight Championships. Among some of his many million-dollar worth fights were against Gerry Cooney, Michael Spinks, Mike Tyson, Ray Mercer, Evander Holyfield, and Oliver McCall. On July 27, 2002, at the age of 53, the Easton Assassin defeated Eric Esch (Butterbean) in his final fight.

Larry Holmes is considered one of the best boxing champions of all time. He won his first 48 professional matches and gathered victories over legends such as Muhammad Ali, Marvis Frazier, Earnie Shavers, and Mike Weaver. As of now, he holds the fascinating record of holding the longest individual heavyweight championship streak in modern boxing and is one of only five boxers to ever defeat the icon, Muhammad Ali. After spending three decades in the industry, Holmes retired in the early 2000s with 69 wins and 6 losses. 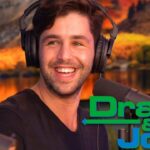 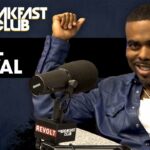