How much is L.A. Reid worth?

Anthony “L.A.” Reid was a judge on The X Factor. He joined Simon Cowell, Paula Abdul and Nicole Scherzinger in judging the Fox reality singing competition.

American record executive, record producer L.A. Reid has a net worth of $330 million dollars, as of 2021. Reid earned hundreds of millions in the record business before having to step down as chairman of Epic Records, following a series of sexual harassment allegations.

How did L.A. Reid earn his net worth?

As a music executive, L.A. Reid shepherded musicians like Kanye West, The Killers, Bon Jovi and Jay Z to fame. Reid got his own start in the R&B band The Deele, then moved on to songwriting, and production for artists like the Whispers (with their top 10 hit “Rock Steady”). In 1988 he co-founded the record label LaFace (with his writing partner Babyface) which produced OutKast, Pink and Usher.

Then, in 2000, L.A. Reid succeeded Clive Davis as president of Arista Records, before moving on to Island Def Jam Music Group where he helped launch the careers of artists like Justin Bieber and Rihanna.

In 2011, in addition to signing on to judge The X Factor, Reid left Island Def Jam to head Sony subsidiary Epic Label Group. 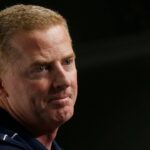 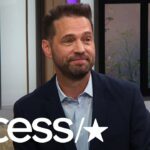