How much is Kirstie Alley worth?

She caught the public eye in Look Who’s Talking and Cheers before our attention shifted to her constant struggles with her weight.

Who Is Kirstie Alley

Kirstie Alley is currently known for her plus-size frame and her vocal support of Scientology, but in her heyday this ‘Fat Actress’ was an Emmy- and Golden Globe-winning television and movie star.

American actress Kirstie Alley has a net worth of $40 million dollars, as of 2021.

Kirstie Alley was born Kristen Louise Deal on January 12, 1951 in Wichita, Kansas. She was a cheerleader in high school, and honed her acting chops as a drama major at the University of Kansas. Alley temporarily abandoned her craft and moved to California to be an interior decorator, but hit a major bump in the road when she gave in to the Hollywood party scene and started abusing cocaine. She managed to land appearances on Password and Match Game during her party years, but in 1981 her mother was killed in a car crash and the grief-stricken Alley decided to clean up her act.

A year after her mother’s death, Alley made her big-screen debut in Star Trek II: The Wrath of Khan. She continued to book film roles throughout the early to mid-’80s, but she got her big break on the small screen in 1987 when she landed the part of Rebecca Howe on the immensely popular comedy Cheers. Alley spent six years on Cheers, where her good looks and sultry voice made her a bona fide star with Emmy and Golden Globe wins under her belt.

Alley reached blockbuster status in 1989 when she starred opposite John Travolta in the smash hit family comedy Look Who’s Talking. The film grossed almost $300 million worldwide, but after Cheers shut its doors in 1993, Alley’s career began to wobble. She appeared in Deconstructing Harry and starred in the sitcom Veronica’s Closet, but Closet received mixed reviews and was canceled after three seasons.

Weight Gain And Return To The Public Eye

After Veronica’s Closet was canceled in 2000, Alley’s career took a nosedive and she packed on over 75 pounds. She spent the following decade trying to have a career as a fat actress in an increasingly skinny town, with varying levels of success. Despite weighing over 200 lbs., Alley played along with cruel tabloids and late night TV hosts and mocked her own figure and career in the satirical comedy Fat Actress.

The show was canceled after only one season, but Alley held on to the limelight and regained her health when she released a book called How to Lose Your Ass and Regain Your Life, and started following the Jenny Craig diet as their brand new spokesperson. She showed off a slimmed-down figure on Oprah the following year, but quickly gained the weight back and was dropped by Jenny.

After a few years of yo-yo dieting and dwindling career options, Alley made a TV comeback with her A&E semi-scripted reality show Kirstie Alley’s Big Life. In February of 2011, Alley announced that she would be competing on season 12 of ABC’s smash hit Dancing With the Stars. Alley wowed the judges with her first cha-cha, and received a lot of buzz for her small screen comeback.

The tabloids usually focus on Alley’s weight gain, but she’s also had her fair share of drama in her private life. She married her high school sweetheart Bob Alley in 1970, but the honeymoon didn’t last through Alley’s party years and they divorced in 1977. She rebounded with actor Parker Stevenson in 1983, and the couple adopted two children before divorcing in 1997. She quickly became engaged again to James Wilder of Melrose Place, but the couple called in off in 2000, and Alley has been single ever since.

When Alley was flat broke and addicted to cocaine in the late ’70s, she found salvation in the teachings of L. Ron Hubbard. She claims that Scientology was responsible for her turnaround, and to this day she is an active and high-ranking member of the church. It was widely reported that she donated $5 million to the church in 2007, and her weight loss program, Organic Liason, is rumored to be a front.

Defining Quote “I’m ready to work. I messed up along the way, but I’m not going to concentrate on that. I’m gonna go, ‘You know what? Get back on the horse, lose the freakin’ weight, and then just move forward!'” 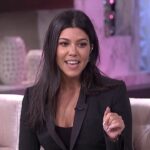 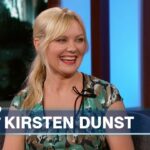