How much is Kirsten Dunst worth?

You’ve seen her serving up some major smack talk in Bring it On before kissing an upside-down Spider-Man and getting in touch with her New Jersey roots in Elizabethtown.

Who Is Kirsten Dunst

Although she’s no stranger to the partying perks of the celebrity lifestyle and the gorgeous beaus that accompany it, Kirsten Dunst has managed to Bring it On full speed since her major motion picture debut at the tender age of 10.

American-German actress Kirsten Dunst, has a net worth approaching $28 million dollars as of 2021.

Kirsten had it in the bag at the age of three. Born in New Jersey, the youngster was signed to Ford Models and began snagging commercial spots left and right not long after she learned how to talk. Her film debut came courtesy of a bushy browed director named Woody Allen. Kirsten landed a small role in Allen’s New York Stories in 1989 before heading to Los Angeles to see if she could make something of her budding acting career.

Once in L.A. Kirsten hit the audition circuit before landing a spot in the 1994 flick Interview with the Vampire. She shared the screen with Hollywood bigwigs like Brad Pitt and Tom Cruise, even sharing her first kiss (both onscreen and off) with Pitt. Her portrayal of a century-old vampire trapped in a little girl’s body didn’t go unnoticed, and she received a Best Supporting Actress Golden Globe nomination and an MTV Movie Award for Best Breakthrough Performance.

A Board Game And Career Come To Life

Dunst was already a big child star when she won a Golden Globe nomination for Best Supporting Actor for her role in Interview with a Vampire. But attention in the mainstream came when she played Mary Jane Watson in the Tobey Maguire Spider-Man franchise. She reprised this role two more times in Spider-Man 2 and 3.

With a name that was slowing creeping its way into household status, Kirsten went on to star in hits like Little Women (1994) and Jumanji (1995). But it was her performance in Sofia Coppola’s The Virgin Suicides that took her out of the realm of child actress and into the spotlight as a grown up screen siren. The following year, in 2000, Kirsten landed the lead role in the teen comedy Bring it On as a cutthroat cheerleader before portraying a rebellious teen and filming her first sex scene in crazy/beautiful.

But from back flips and bedroom romps, things really heated up for Kirsten when she landed a role in the comic book franchise Spider-Man opposite Tobey Maguire. Who could forget the upside-down kiss between Spider-Man and Kirsten’s Mary Jane Watson?

Dunst’s salary for Spider-Man 1 was $7 million dollars and she earned an additional $10 million for the sequel, Spider-Man 2. Together the two movies grossed over $1.5 billion.

In addition to these roles she has also acted in Melancholia, Eternal Sunshine of the Spotless Mind, How to Lose Friends & Alienate People and Hidden Figures.

On Becoming a God in Central Florida is one of Showtime’s newest series that started on August 25, 2019, starring Kirsten Dunst.

From Flipping To Flopping

But with hits come misses and for Kirsten it was her role in the star-packed Mona Lisa Smile (2003). In between filming two more installations of the Spider-Man franchise, Kirsten appeared in several critical and commercial flops including Wimbledon (2004), Elizabethtown (2005) and Marie Antoinette (2006).

In addition to these roles she has also acted in Melancholia, Eternal Sunshine of the Spotless Mind, How to Lose Friends & Alienate People and Hidden Figures.

On Becoming a God in Central Florida is one of Showtime’s newest series that started on August 25, 2019, starring Kirsten Dunst.

Close Up And Personal

Her personal life also became something of a flop around then as well. A two-year relationship with actor Jake Gyllenhaal dissolved in 2006 amidst allegations that her hard partying ways clashed with his homebody lifestyle. Her reputation further deteriorated when her behavior became more erratic, and bloggers had a field day poking fun at her. It all culminated in a rehab stint in early 2008 citing depression and exhaustion, not drug and alcohol treatment.

Although she’s been the target of more than a few Perez Hilton slams, Kirsten is one child actress who has managed to keep her impressive career on track from three-years-old to adulthood. Following a brief lull, she is back on track with a string of upcoming films and after a relationship with Rilo Kiley drummer Jason Boesel, she began dating Jesse Plemons and the couple became in engaged in 2017.

Defining Quote “When you spend your entire life as a child actress, being told where to go and where to stand, you’re performing constantly for people. It definitely breeds the kind of person who’s depending on other people’s approval.” 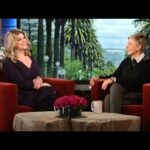 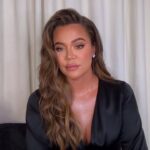