How much was Kirk Douglas worth?

Kirk Douglas is one of the most popular American actors of all time. In addition to being an actor, the multi-talented Douglas was also a director, producer, philanthropist, and writer. He began his acting career in the 1940s with the movie The Strange Love of Martha Ivers from 1946 being his first.

Throughout his six decade long career, the actor starred in more than 50 films of all genres. His career skyrocketed in the late 20th century. It is estimated that at the peak of his career, Kirk Douglas was earning an income equal to a salary of $8 million dollars per year (not adjusted for inflation).

American actor, producer, director, philanthropist, and writer Kirk Douglas had an estimated net worth of $60 million dollars at the time of his death, in 2020. Beyond being a Hollywood legend, he is also notably the father of Michael Douglas.

Shortly after he established the Bryna Productions, Kirk Douglas not only starred but produced many commercially successful films such as Paths of Glory, Spartacus, Lonely Are the Brave, and One Flew Over the Cuckoo’s Nest. Thanks to his outstanding performances, he has received many nominations for awards including Academy, BAFTA, Golden Globe, and Emmy awards.

He was born with the name Issur Danielovitch on December 9, 1916, in Amsterdam, New York. He changed his name legally before he entered the United States Navy during World War II. Born to Jewish immigrants from the small town of Chavusy, Russian Empire, long before he became famous and successful, Douglas had a rough and unhappy childhood, mainly because of his father who was an alcoholic and physically abusive.

During his childhood, Douglas was intrigued by acting and found himself reciting several poems such as The Red Robin of Spring while he was in kindergarten. After his reciting received applause, he became more and more interested in pursuing an acting career. In 1939, after he graduated with a Bachelor’s Degree from the St. Lawrence University, Douglas was noticed by the performing acts conservatory, American Academy of Dramatic Arts, based in New York. Soon, he was given a special scholarship and he also met Laurel Bacall, who would later become an influential figure for him early on in his film career.

After he joined the conservatory, Douglas continued to improve his skills. At the same time, he became close friends with Bacall’s friend Diana Dill, who would eventually become his first wife. Before fully focusing on the acting, Kirk Douglas joined the United States Navy during the World War II. He served mainly as the communications officer at the anti-submarine warfare – USS PC-1139. After the war ended, he returned back to New York where he focused his attention on different parts of the entertainment business.

First, he found work in various commercials, as well as radios, and theaters. Simultaneously with working in radio, he took part in network soap operas. Thanks to his performances, he was noticed by George Abbot. Abbot offered Douglas a role in the 1943 Broadway play Kiss and Tell, in which he replaced Richard Widmark. The participation in the Broadway play opened a lot of doors for Douglas and he began receiving many more offers. Among some of them was The Strange Love of Martha Ivers from 1946.

In the film noir drama, Kirk Douglas landed his first main role and it marked his debut screen appearance. Three years later, in mid-1949, the talented actor made his Broadway debut when he starred in Katharine Cornell’s Three Sisters.

During the 1940s, at the beginning of his career, Douglas established himself as a tough guy and that was supported in many of his early roles. Also in 1949, he turned down an offer to star in The Great Sinner, which would’ve helped him earn three times more, and instead starred in what was his eighth film – the noir drama Champion.

At the peak of his career, in the 1950s, the actor began performing in more and more commercially successful films such as Along the Great Divine, Young Man with a Horn, and Ace in the Hole. His earnings from these roles was much greater than anything that he had been paid before. He became a major box-office star who played opposite to some of the most iconic actresses of the Golden era.

By 1960, he had earned a net worth estimated to have been $15 million dollars (not adjusted for inflation).

In 1951, Kirk starred in the film noir Detective Story, which earned $2.8 million in the box office. Thanks to his outstanding act, Kirk received his first nomination for the prestigious Academy Awards in the category “Best Actor”. A year later, he starred in The Bad and the Beautiful, which also earned him a nomination in the same category. Throughout the rest of the decade, he continued to establish himself as one of the best actors by starring in the productions Lust for Life, Paths of the Glory, The Viking, and A Man Without Stars, among many others.

The distinguished actor’s career skyrocketed in the late 20th century. His roles in the likes of Spartacus, Tough Guys, The Fury, Posse, Saturn, and The Big Sky helped him become not only rich but recognized as an influential person in society.

For Spartacus, Douglas insisted that Dalton Trumbo, blacklisted during the Hollywood “Red Scare,” receive screen credit, helping to bring about the end of the infamous blacklist. The blacklist involved the practice of denying employment to entertainment industry professionals believed to be or to have been Communists or sympathizers.

His final role was in the French television mockumentary Empire State Building Murders, released in August 2008.

Throughout his six decade long career, the actor earned an estimated $75 million in career earnings and won many awards. Outside of acting, he was highly praised for using his fame to help others. Both he and his wife traveled to over 40 countries as goodwill ambassadors as part of the U.S. Information Agency. For years, the philanthropist donated millions of his earnings to various organizations, non-profit causes, and treatment facilities.

He died in 2020 with a net worth of $60 million and it is concluded that his investment gains may have been in the region of $40 million dollars.

The actor and philanthropist is considered to be one of the legends of the classic Hollywood cinema. During his illustrious career, Kirk Douglas found success not only in acting but also in writing. As an author, he was able to release ten novels and memoirs. Even now, he is considered to be one of the legends. At the age of 103, he still made history as not only becoming the highest-ranked living person until his death but also one of the last surviving icons of the Golden Age of Hollywood. 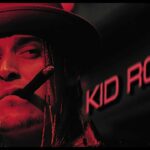 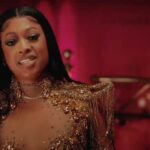