King Tut comes from the period of the New Kingdom: 1550 to 1069 B.C. He is part of the 18th dynasty: 1550 to 1292 B.C. His father was Akhenaten and his mother was Kiya. The Egyptian dynasties enjoyed complex marital relationships. Perpetuating the royal lineage took precedence over incest taboos. In fact, King Tut’s wife was his half sister, Ankhesenamun.

His father’s reforms were unpopular with the priests and the people. He alienated the priesthood claiming that he alone could speak to the god Aten and he banned the priesthood of Amun altogether. Then he changed the capital away from Thebes to Amana, where he built temples in honor of Aten. In fact, the boy Tutankhamen was originally named Tutankhaten, translated “living image of Aten”.

When the young king Tut came to the throne, he reversed this policy. He reintroduced the worship of Amun as the primary god and he destroyed the images of Aten and moved back the capital to Thebes. He changed his name also, to Tutankhamen. He died in 1323 B.C., having reigned 10 years. He was only 18 years old.

The Discovery of the Tomb of King Tut

The discovery of the tomb of King Tutankhamen was by the famous Egyptologist Howard Carter in 1922. The artifacts from his tomb are of exceptional interest to us. When a pharaoh died, his tomb was filled with all the paraphernalia that he or she might need in the afterlife. Everyday objects from this life were as important to include as sacred objects, and this means that the contents of the four rooms of king Tut’s tomb show us a picture of what life was like in the 14th century B.C. in Egypt.

During king Tut’s rule Egypt became powerful and extended her dominion as far as Syria and the Euphrates. The pharaohs of this period were determined not to allow Egypt to be ruled by outsiders again after the ancient Hyskos kings were deposed. 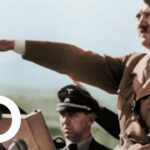 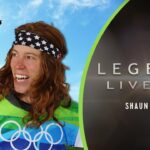