How much is Kim Basinger worth?

Kim Basinger is an actress and model who had an extremely successful modeling career in the 1970s before going on to become a movie star in the 1980s and an academy award winning actress in the 1990s. Though she had filed for bankruptcy in the midst of her career, Basinger has since become one of the highest paid actresses in the industry.

The actress is also well known for her extremely prolific relationships with the likes of Alec Baldwin and Richard Gere. After being in the industry for more than 40 years, she is best known for taking roles as the femme fatale. Her most popular movies include Never Say Never Again, Batman, L.A. Confidential, and 8 Mile.

American actress, singer and former fashion model Kim Basinger has an estimated net worth of $15 million dollars, as of 2023. She began her acting career on television in 1976, but it wasn’t until starring in 9½ Weeks, Batman and Never Say Never Again that she became world famous.

Basinger’s first hint at success and fame was when she became a model for the renowned Ford Modeling Agency, and though she was making great money and leading a jet set life, she felt regret in turning her back on singing and acting. So with a modicum of fame from her modeling career she swiftly moved to TV with ease, as she featured on several popular shows including Charlie’s Angels, Gemini Man, and The Six Million Dollar Man. In 1977, she scored a leading role in the television crime series, Dog and Cat, on ABC when she was just 24 years old.

Though Dog and Cat wasn’t the most successful show as it only ran for six episodes and wasn’t renewed for a second season, it helped introduce millions more people to Basinger, including producers and studio heads. In 1983, she played the next Bond Girl, Domino Petachi, in Never Say Never Again. It is the final movie in which Sean Connery plays James Bond, and the movie title is a reference to when Connery said that he would “never again” play the character.

The movie was of course a massive success, making $160 million worldwide or about $475 million adjusted for inflation. It certified Basinger as an A-list movie star and majorly boosted her career. Basinger shot a Playboy cover shoot in 1981 but it wasn’t released until 1983, to correspond with the the opening of the bond movie, further skyrocketing her fame and eventually earning her more opportunities.

Batman’s success at the box office was thanks to its unprecedented nature, as no other comic book movie that he been released before, which was ultimately just the Superman movies, had been so dark in tone. Though the studio was worried that the movie would fail, the film actually broke records and critics and audiences applauded the risky approach of the movie.

Outside of modeling and her movie roles, Basinger is also known for her public relationships with other movie stars that have been highly publicized throughout the decades. While she was married to make-up artist Ron Snyder-Britton in the 1980s, Basinger had an affair with her No Mercy and Final Analysis costar, Richard Gere. In the late 80s, the actress had a fling with Prince, and then in the 90s, she married comedian and actor, Alec Baldwin, and the two starred in The Getaway together. In the 2000s, Basinger was even reportedly seeing her 8 Mile costar and rapper, Eminem.

Even though $1000 per day in the 1970s would have been unreachable for most households, it wasn’t that much for Basinger, as that amount was how much she made for being a part of the Ford Modeling Agency alone. She went on to make hundreds of thousands of dollars for her roles in movies such as Hard Country and Never Say Never Again, but her first seven figure pay check was for No Mercy, in which she earned $1 million in 1986. In 1989, Basinger earned $3 million for her role in Batman, and then a reported $4 million for her role in The Getaway.

The biggest paychecks Basinger ever received both came in 2000 for her roles of Kuki Galmann in I Dreamed Of Africa and Maggie O’Conner in Bless The Child. Though both movies were huge failures at the box office and lost the studio dozens of millions of dollars, it didn’t matter too much to Basinger as she earned an estimated $10 million (each) for both movies.

However, despite her earnings, Basinger didn’t always have millions of dollars to her name. In fact, she was made to declare bankruptcy in the 90s after she purchased 1,500 acres of private land for $20 million dollars in Georgia, which led to her financial difficulties.

It is thought that Kim Basinger did not even possesses a total net worth of $20 million and so it is considered that she leverage debt to make the acquisition which was the catalyst to her financial problems that manifested later on.

What’s more, Basinger was signed on to star in the ill-fated film Boxing Helena as a woman whose limbs are amputated after a car accident by a demented surgeon and gets held captive in a box. She had second thoughts and decided to drop out of the role. However was later sued for breach of contract after verbally agreeing to star in the movie.

In late May of 1993, with her $7.4 million Boxing Helena judgment looming, Kim Basinger filed for Chapter 11 bankruptcy, according to Variety. Her lawyer, Howard Weitzman, revealed that her net worth was only $5 million, so she had no choice but to file.

“In this business, you can be at the top of the world and at the bottom of the barrel, and you’re grape juice. I’ve been at both ends. It can make you become what you really are.” Kim Basinger

Since her financial woes in the ’90s Kim Basinger made a complete turn around becoming financially smart and wise with her choice of purchases and investments. Starring in movies like L.A. Confidential, 8 Mile, and CELLULAR added to her net worth and she has been smooth sailing ever since.

Basinger was often regarded as a sex symbol in the 80s and 90s thanks to her high check bones, deep blue eyes, and her waist length blonde hair. The way she speaks quietly with her breathy southern accent but makes up for her quietness with her expressive mannerisms and pouty lips has helped her score mostly femme fatale roles. This is seen best in L.A. Confidential as Basinger plays Lynn Brackner, a role for which she won the Academy Award for Best Supporting Actress in 1998.

A lot of Basinger’s success is also owed to her commitment and dedication to acting and performing arts. From as early as the age of three years old, the actress was studying ballet and did so up until her mid teens. She even initially rejected an estimated $1000 per day from Ford Modeling Agency as she was holding out for something better, such as a record deal or a movie role, which eventually came to her also.

Today, 9½ Weeks, L.A. Confidential, Batman (1989), 8 Mile and Never Say Never Again are just some of the big name films that Kim Basinger has featured in. In gross income, it is thought that Basinger’s career gross is $65 million dollars.

Near the start of her career she earned $125,000 from her starring in Hard Country (1981). Five years later in No Mercy (1986) she earned $1 million dollars. She continued to earn between $1-4 million until 1997, that year she was paid $3 million for L.A. Confidential. She was also paid that amount for Batman, Final Analysis, The Real McCoy and others.

Then in the year 2000, which marked the end of her financial troubles, Basinger was paid $5,000 for I Dreamed of Africa she is also estimated to have been paid $1-3 million for many appearances after, including $3 million for The Burning Plain.

Kim Basinger was married to Ron Snyder between 1980 and 1989. She was also previously married to Alec Baldwin between 1993 and 2002. It seems that she had to pay some money to Snyder considering she earned so well during their period of marriage and he may have been considered to having been supporting her progress. It is known that Basinger made alimony payments of $9,000 a month for eight years following their divorce. An amount of $864,000 was eventually paid.

When factoring in personal expenses, living costs, miscellaneous payments, as well as business costs, including agent and management fees, as well as her investments. Overall, it seems Kim Basinger may have a net worth of $15 million.

With her natural beauty, dozens of cover shoots, and movie roles ranging from femme fatale love interests to dramatic award winning takes, Basinger has become one of the most notable actresses of the 80s and 90s. 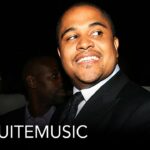 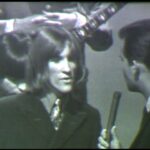