How much is Kevin O’Leary worth?

Entrepreneurial series; CBC’s Dragon’s Den or ABC’s Shark Tank, is where Kevin O’Leary, AKA Mr. Wonderful, really hit his note. If you watch the shows, you’ve probably found yourself wondering how it is exactly that he made his fortune, and found his way to stardom. Kevin has an extremely extensive work history and solid education, so there’s no surprise he’s a well-rounded businessman, financier, entrepreneurship speaker, broadcaster and author.

Kevin’s life began in Montreal, Quebec, on July 9th in 1954, when he was born. His father, Terry O’Leary, was an Irish salesman, however unfortunately passed away when Kevin was only seven years old. This left his mother, Georgette Bookalam, to take care of Kevin and his brother, Shane, for the remainder of his childhood until Georgette later met Kevin’s stepfather, George Kanawaty.

Kevin attributes most of his success to his mother, learning her work ethic at a young age. Georgette herself, was a capable, skilled investor, who had an impressive investment portfolio and worked as an executive. He confidently claims her Lebanese culture plays a pivotal role in all of his previous and current business decisions.

O’Leary quickly established himself as an opinionated, caustic persona, and grew in demand. Despite Kevin’s combative nature with other Shark Tank members, the other Sharks would oftentimes wait for Kevin’s reaction, before making their own judgements. It’s all due to Kevin’s influential personality. He has created a name for himself throughout his entire life and his success speaks for itself. You’d almost never guess that he dealt with dyslexia his whole life. He is a powerful force to be reckoned with the proven accomplishments on his roster. Kevin never lacked the confidence in his visions. He has become: unstoppable.

How did Kevin O’Leary get so rich?

Before Kevin attended the University of Western Ontario, he was enrolled at the University of Waterloo for a bachelors in Environmental Studies and Physcology. He was formerly an aspiring musician and photographer. Luckily his stepfather, George, handed him some potentially hard-to-hear advice. He shared with him that he wasn’t excelling in those areas, and to return to school and find a skill that he could monetize on. George claimed that Kevin would starve to death if he pursued his passions. So, following his instruction, Kevin went to the Ivey Business School at the Western University of Ontario. During this time he received an internship working for an assistant brand manager at Nabisco, which is a brand based solely on cat food. O’Leary later indicates that his success in marketing stemmed from his time spent at this company.

Kevin then attempted to combine his love for film, and photography, with a commitment to co-founding a television production, called Special Event Television. Amidst the shows he was involved in, Kevin learned how to create television that captivated people’s attention; how to act bold and entertaining. One of his partners from SET eventually bought out his shares, which Kevin reinvested into a software company, SoftKey, that he created out of his basement. SoftKey was one of the biggest factors in Kevin O’Leary advancing his journey into becoming a business mogul. With technology eagerly evolving in the eighties, the educational software landed Kevin over $300 million dollars, when he sold it in 1999 to Mattel.

Kevin’s investment portfolio has had the opportunity to constantly increase with the influx of entrepreneurial hopefuls that frequent the Shark Tank. He’s invested over $8 million into new businesses across America, with Plated and Groovebook having the highest record of sales. Kevin remains eager to invest. He wants to give back to the American workforce, by generating jobs, one smart investment at a time.

Aside from his success on TV, Kevin has gotten his feet wet in all areas of business; O’Leary Fine Wines, O’Leary books, O’Leary Funds Management, O’Shares ETF Investments, StorageNow Holdings, and O’Leary Ventures. Kevin’s net worth is currently at $380 million dollars because of his diversified holdings in prudent investments.

After he graduated with his MBA in Entrepreneurship from the University of Western Ontario, Kevin quickly immersed himself in the tech industry. The confidence he gained from making it big may have played a part in his choice to reach out to Jack Flieschman, the general manager of BNN (formally known as ROBTv). Instantly convinced that Kevin would make for a great TV personality, Jack offered him a part on BNN’s show called Squeezeplay. This led him to six years where he had some valuable screen time spent with co-star, Amanda Lang. However it wasn’t until 2006 when Kevin was cast a part on Dragon’s Den, that he became a house-hold name. Kevin has carried himself with abrasive behavior toward every contestant he encountered, as well as other investors. This was later encouraged to be taken further by the show’s executive producer, for a more prominent, villainous effect.

Following Kevin’s debut on the Canadian series, Mark Burnett, was casting for an American version of Dragon’s Den, called Shark Tank. Having experience with big, hit TV shows such as Survivor and The Apprentice, Mark Burnett’s attention was evidently caught by Kevin. His witty, theatrical attitude landed him a role on the rapidly growing series. With American TV holding inevitably higher ratings and boasting more popularity, Kevin eventually made the decision to quit Dragon’s Den, while staying committed to the CBC’s The Lang & O’Leary Exchange show, that he’d been a part of for over a decade.

At this point, Kevin was a renowned personality. He had a plethora of business ventures, and seemingly grew bored as he made the decision to participate in running for the leadership role of the Canadian Conservative Party. If he hadn’t reached your TV by this point, this political stance only helped spread his image, values and efforts further. Despite his choice to bow out of the running, it, nonetheless, gave him the opportunity for more of a global distinction.

Growing up with parents who were no stranger to hard work, Kevin had a some serious determination engraved into his core. Now in his sixties, he is one of North America’s most prestigious investors.

He’s become a professional in the business world, learning from all his mistakes along the way. As well, Kevin has strong core values that you can undoubtedly see in his business endeavors. He strives to contribute to the workforce by creating jobs with his investments, and additionally, he works to invest in Eco-friendly businesses. Overall, Kevin has the people in mind; even trying to make his way politically. Kevin is relentless and will undoubtedly continue to self-promote in the future. 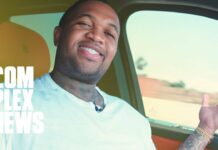 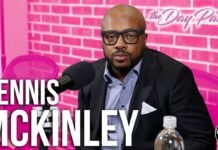 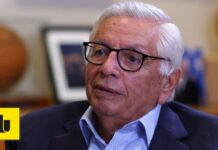 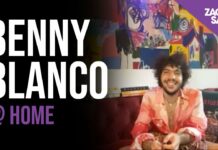 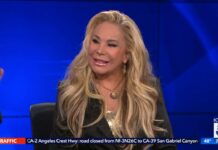 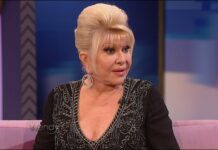