How much is Kevin Garnett worth?

Kevin Garnett is a retired NBA player who spent 21 years in the league. Best known for his mixture of defense, scoring, and athleticism he is considered one of the best players of all-time, particularly at his position of power forward. He is best known for his time on the Minnesota Timberwolves where he spent the bulk of his career, though he did have success (and his only championship) with the Boston Celtics as well.

Garnett was something of a trailblazer in the NBA, serving as the first player in 20 years to be taken straight out of high school. His talent on the floor along with his mixture of hard work and size made him a unique talent in NBA history.

American former professional basketball player Kevin Garnett has an estimated net worth of $100 million dollars, as of 2023. Garnett is one of five NBA players to have won both the NBA Most Valuable Player Award and the NBA Defensive Player of the Year Award.

For Garnett, it did not take long for his talent at basketball to be noticed. His basketball career began in the ninth grade, where he played for his high school in Mauldin, South Carolina. He played his first three years here, and put up some incredible numbers.

Unfortunately, there were some off the court allegations that made it impossible for him to continue his play in Mauldin. To get away from the false allegations, Garnett went to live with his sister in Chicago.

Garnett would finish his high school career at Farragut Career Academy, and would end his high school playing career with some extraordinary stats. In his senior year, he averaged 25 points, 18 rebounds, 7 assists, and 7 blocks a game! His unbelievable season got him national attention, and he was named a Mcdonald’s All American. Garnett had the talent to go pro, and now he had the hype. After the Mcdonald’s All American game (where he was named MVP) he declared for the NBA draft.

Garnett was drafted straight out of high school 5th overall by the Minnesota Timberwolves. His rookie contract was high for the time, but only clocked in at 3 years for $5.4 million. This meant that he would need to prove himself in his first 3 years in order to justify a large contract. In his first 3 years, his averages shot up in basically every category. By his 3rd and final year of his rookie contract, he was averaging 18.5 points, 10 rebounds, and 4 assists per game.

For such a young player, this level of production was extremely rare, and incredibly encouraging. Garnett had all the makings of a Franchise player. His second contract reflected that fact, as he was given a then unheard of 6 years and $126 million dollars. This contract is where his road to wealth truly began.

Garnett was a rare type of player who was good at everything on the court. His handling, passing, scoring, and defense were all well above average. Combining his skill and raw talent with his work ethic and tenacity made him one of the best basketball players of all time. There just are not many players that possessess this rare combination of skills and size. Garnett was able to command massive contracts throughout his career due to his play and his accomplishments in the league. By the end of his career, he had been named an MVP, a champion, a 15 time all-star, and 9 time all-NBA defensive team.

Garnett was a one of a kind player, and his contracts reflected as much.

There will never be another Kevin Garnett. His talent on the court is nearly unparalleled, and his unique ability to be drafted right out of high school and play at an NBA level is something that does not happen anymore. Garnett earned his fortune through excellent play on the court, and shrewd negotiating through his agent off the court. He became rich and famous from his own hard work on the court, and he has maintained his wealth through smart investing. Garnett is supposedly looking to buy an NBA team with the money he made as a player, which would only serve to grow his existing wealth. If he can manage to pull it off, Garnett will have proven to be as good at making money as he was at basketball. 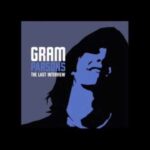 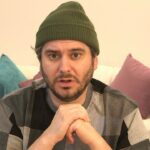