Many of us dream of overcoming the odds and rejoice when a team or athlete somehow overcomes an opponent with perhaps greater physical skills due to desire, hard work, and technique. The possibility of doing this is simply the American dream.

And an MMA fighter by the name of Kenny Florian is living it. It’s not that Florian doesn’t have strong athletic skills- he does. In fact, before becoming a fighter he was a Division 1 soccer player. It’s just that Florian’s fight game is more about outworking and outthinking his opponents than overpowering them with athleticism. Now what’s more American than that?

American retired mixed martial artist Kenny Florian has a net worth of $3.5 million dollars, as of 2021. Florian currently serves as the UFC on Fox analyst, color commentator on the robot combat television series BattleBots and color commentator for UFC Fight Night.

Florian was born to Peruvian parents and wrote in an issue of Fight! Magazine that he often dreamt of “learning the martial arts and ultimately becoming a master,” as a child. He imagined “traveling the world and exchanging techniques with various teachers high up in the mountains, most likely in Asia somewhere.” His father, a black belt in judo, influenced his athletic career tremendously.

“My father’s stories and the example that he set for my family taught me that passion, determination, and hard work will make you a man,” he wrote back in December 2008. “I am hoping it will also one day make me a champion.”

Florian would eventually play Division I soccer while attending Boston College. He graduated with a degree in Communications and earned Big East academic all star status.

After college, Florian earned a black belt in Brazilian Jiu Jitsu from Roberto Maia of Boston Brazilian Jiu-Jitsu (Gracie Barra Boston). He made his MMA debut in January 2003 at Mass Destruction 10, defeating Jason Giroux via first round TKO. He then won another fight before taking on a much bigger Drew Fickett in July of 2004. Florian lost a close decision, but his strong performance convinced UFC President Dana White to invite him to participate on TUF 1, a reality television show. Despite being a true lightweight, Florian made it all the way to the middleweight championship against Diego Sanchez before losing.

Taking Things to the Next Level

Florian won three straight fights after the TUF 1 Finale. Then he got his big chance at the UFC Lightweight Championship against Sean Sherk. Unfortunately for him, Sherk dominated the fight with superior wrestling and power. Afterwards, Florian changed things in his training and went on a tear, defeating fighters like Joe Stevenson and Roger Huerta.

“One of the things I really did was start to train like a professional athlete after that fight,” he told MMAFighting.com. Along with this, Florian hired a strength and conditioning coach and began improving his strength and more by training “every single day.”

Florian currently hosts MMA Live for ESPN.com and has served as color commentator for both the UFC and WEC as a fill in. He also has written multiple articles for Fight! Magazine.

Some of Florian’s Greatest Victories:

This Kenny Florian Net Worth profile originated at WealthyGenius.com 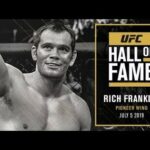 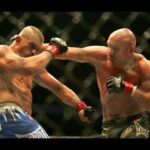