How much is Kendra Wilkinson worth?

You may have seen her as one of Hugh Hefner‘s three girlfriends on the first season on The Girls Next Door. Since then, she’s grown!

Who Is Kendra Wilkinson

If anyone ever embodied the adage, “it’s not about what you know, it’s who you know,” Kendra Wilkinson would be it. Watch one old episode of E!’s vapid reality series The Girls Next Door and it becomes clear very early on that Wilkinson definitely doesn’t know a whole lot. But somehow, she has risen to the ranks of an A-list celebrity thanks to her stint as one of a trio of Hugh Hefner’s girlfriends.

American television personality, Kendra Wilkinson, has a net worth of $6 million dollars, as of 2021.

Wilkinson is a California girl through and through. She was born and raised in San Diego the daughter of a former Philadelphia Eagles cheerleader. Her father left the family when she was four. She revealed in her 2010 memoir, Sliding Into Home, that she was rebellious growing up and started experimenting with hard drugs like cocaine and meth when she was just 13. Depressed and suicidal, her mother institutionalized her when she was 15, but she ran away with a boyfriend soon after she was released.

After graduating from high school, she started working as a dental assistant, but secretly moonlighted as a stripper to supplement her income. It was during that time that she landed a gig at Playboy magnate Hugh Hefner’s 78th birthday party sporting nothing but body paint. The 18-year-old Kendra caught Hef’s eye and before the night was up, he had asked her to move into the Playboy mansion and be his third girlfriend alongside Holly Madison and Bridget Marquardt.

In 2005, the three girlfriends gave the public a glimpse of mansion life when The Girls Next Door debuted on E! The show centered on the trio’s daily activities and side projects and often featured appearances by Hefner’s various celebrity friends.

Life After The Mansion

After a successful three-year run, the girls started to drift from Hef. While still at the mansion, and with Hef’s blessing, Kendra started a relationship with football player Hank Baskett. Soon after she officially split from her octogenarian boyfriend and moved out of the mansion in 2008, she and Hank became engaged. Hefner hosted their June 2009 wedding at the Playboy mansion. Weeks before they married, Kendra confirmed that she was pregnant. She gave birth to Hank Randall Baskett IV in December of that year.

Leaving the Playboy mansion didn’t mean the end for Kendra’s career. She landed her own successful reality series, Kendra, which debuted in June 2009. The following spring, to the shock of no one, a sex tape of the starlet surfaced. The tape, starring Kendra and an ex-boyfriend from her 18-year-old stripper days, spread across the internet like wildfire…just in time for the release of her memoir in June.

Even with the simple life of a mom and wife, Kendra can’t shake her sexy, scandalous past. But she was shaking it for sure when she signed on to the 2011 cast of Dancing with the Stars.

Defining Quote “I wasn’t a druggie stripper. I was a very good person doing it.” 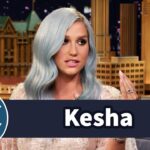 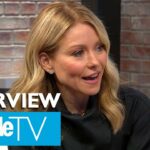