How much is Kelly Ripa worth?

After her 12-year stint on All My Children Kelly started chatting it up with Regis Philbin on Live With Regis and Kelly.

Who Is Kelly Ripa

After Kathy Lee Gifford ended her 12-year tenure on Live with Regis and Kathy Lee, producers were faced with the problem of casting a replacement. It couldn’t just be an actress because much of the show is unscripted. A talk show host—particularly a morning talk show host—has to be energetic, exciting, charming, witty and, above all, inherently entertaining. And if, like Kelly Ripa, you can be all those things and gorgeous to boot, well, it wasn’t long before the show was getting its best ratings in years.

American actress Kelly Ripa has a net worth of $130 million dollars, as of 2021.

Nothing Else To Do

Kelly Maria Ripa was born in Stratford, New Jersey to working class parents. Her father, Joseph, was a labor union leader and a bus driver and Ripa remembers the work ethic instilled into her and younger sister at an early age. Her father, she says, “never turned down overtime because he wanted us to have great things in life,” and the Ripa sisters would take piano and ballet lessons throughout their childhood.

She claims she was teased in school (Kelly, as it turns out, rhymes with “smelly”), but it would be in high school that she was discovered—in a school play called, of all things, The Ugly Duckling. She was also a regular dancer on Dance Party USA, a television show that is exactly what it sounds like. By the end of high school, she knew she wanted to be an actress, saying later “there was nothing else I was very good at.” But education was important to her family, so she attended Camden County College, reluctantly taking classes and performing in as many plays as she could fit in.

Her break would come quickly and conclusively when the 20-year-old was cast as party girl Hayley Vaughan in ABC’s seemingly immortal soap opera All My Children. She became a popular fixture and would be nominated twice for Daytime Emmy Awards, and would stay on the show from 1990 until 2002.

It would also bear non-career related benefits when, in 1995, an actor named Mark Consuelos was cast as her love interest. Maybe she was trying to be a method actress, but she fell in love with him in real life. The two eloped in 1996, and had three children over the next seven years.

After a decade on All My Children, Ripa realized that she wanted more for her career but it wasn’t coming. She was still young, beloved within the show, but not auditioning. “Eventually,” she says, “I saw that I had to change my own destiny,” and when the opportunity to co-host Live with Regis arose, she jumped at it. Regis Philbin says he knew “immediately” that Ripa was his girl. “She has an ebullient personality” he said, beating out talented actresses like Dolly Parton and Valerie Bertinelli. Ripa took the helm on February 12, 2001, at which point it was called Live with Regis and Kelly and ratings went through the roof, jumping an incredible 80% among young viewers.

Ripa’s time on Live has been a memorable and undisputed success. Her self-effacing humor, openness, and charm have won over the daytime audiences and ratings have been consistently solid. She left the soap in 2002, and after a brief sitcom called Hope & Faith (where she played, comically, an ex-soap star), she said in 2007 that she is likely done with acting. She’s not an actress; she is a personality, and a winning one. With her exuberance and charm, it would almost be a shame for America’s favorite daytime mom to play anyone but herself. 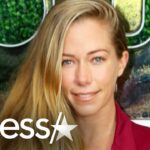 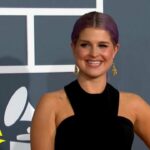