How much is Kellie Pickler worth?

Who Is Kellie Pickler

Kellie Pickler is an American actress, country music singer, songwriter, and television personality that rose to prominence after taking part in the fifth season of “American Idol”. As a recording artist, she signed a deal with both BNA Records and 19 Recordings. Her career hits its peak when Kellie released her debut studio album — “Small Town Road”. The album sold nearly one million copies in four months and became her first gold-certified project.

Throughout her career, the country singer and songwriter has released four studio albums and toured around the world with the likes of Taylor Swift, Rascal Flats, and Sugarland. Besides her triumphant music career, Kellie Parker has also achieved a lot in the entertainment business. She is known for her outstanding acting and hosting abilities. Among some of her most notable television appearances are in the likes of “90210”, “I Love Kellie Pickler”, and “Pickler & Ben”.

American country music singer, songwriter, actress and television personality Kellie Pickler has a net worth of $8 million dollars, as of 2021. She became famous placing sixth in American Idol’s 5th season, she signed to 19 Recordings and BNA Records a year later, in 2006.

Born on June 28, 1986 in the small North Carolina town of Albemarle, Pickler’s mother left home when she was two-years old. Her father was in and out of jail for much of her childhood, so she was raised by her grandparents, Clyde and Faye. She attended North Stanly High School where she was a cheerleader. At her 2004 graduation, she sang the LeAnn Rimes’ song “On the Side of Angles.” Following high school, she worked for a spell as a waitress at a Sonic restaurant.

In 2005, Pickler sang on a televised talent show in Charlotte and finished in second place. She then won the Miss Stanly County beauty contest, which led to an unsuccessful bid for the Miss North Carolina crown in 2004.

In the fall of 2005, Pickler successfully auditioned in Greensboro, North Carolina for a spot on the sixth season of American Idol. Bucky Covington, another future country star, tried out at those same auditions, and he also became a finalist on the show with Pickler. During her audition, she sang former American Idol winner, Kelly Clarkson’s, hit “Since U Been Gone,” as well as a portion of Martina McBride’s classic hit, “A Broken Wing.”

Renowned American Idol curmudgeon, Simon Cowell, loved Pickler’s performance and voted her onto the show. He would go on to remark that he preferred Pickler over former American Idol winner, Carrie Underwood. Pickler was eventually voted off the show, but the massive exposure, coupled with what US Weekly described as her “sweet Southern style and ditzy demeanor,” garnered her major interest in Nashville.

Shortly after being voted off American Idol, Pickler returned to a hero’s welcome and a parade in her hometown of Albemarle. She was presented with key to the city on what was proclaimed “Kellie Pickler Day” by the mayor. In July of 2006, 19 Recordings, a division of BNA Records, signed Pickler to her first major recording contract and sent her into the studio to begin work on her debut album. During that time she also toured various cities as part of the “American Idol Pop Tarts” ensemble.

On September 13, 2006, Pickler released her debut single, “Red High Heels,” which climbed to No. 15 on Billboard’s Country charts. Her first album, Small Town Girl, was released a month later, and it debuted at No. 1 on Billboard’s Top Country Albums chart and No. 9 on Billboard’s Top 200 all-genre chart. It eventually went gold, and she was presented with a gold record by Rosie O’Donnell on the television show, The View, which Pickler was co-hosting. Two more top 20 singles followed, including “I Wonder” (No. 14) and “Things that Never Cross a Man’s Mind” (No. 16).

Pickler returned to the studio in 2007 to begin work on her follow-up album, Kellie Pickler. The album’s first single, “Don’t You Know You’re Beautiful,” was released in mid-2008 and climbed into the top 25. Pickler co-wrote the next single, “Best Days of Your Life,” with her good friend and frequent touring partner, Taylor Swift. It became her first top 10 country hit.

In October of 2007 Pickler picked up an ASCAP award for co-writing her debut single “Red High Heels.” She would go on to be nominated for the Country Music Association’s Horizon Award. Pickler and Swift toured extensively as part of Brad Paisley’s 2007 “Bonfires and Amplifiers” tour. Ironically, both women were nominated for Top New Female Vocalist at the 2008 Academy of Country Music Awards, which Swift won.

How Did Kellie Pickler Get So Rich?

The eminent country singer and songwriter earned millions in just a few months after she left “American Idol” and released her own music. During her time in the singing competition, she impressed the judges multiple times thanks to her strong vocals and unique performances. Besides becoming one of Simon Cowell’s favorites from the season, Kellie also became popular thanks to her Southern charm and quirky personality. During her audition, she sang two songs — Since U Been Gone” by Kelly Clarkson and “A Broken Wing” by Martina McBride.

Kellie’s time in “American Idol” came to an end during the love songs theme where she was eliminated and placed sixth. Just a few weeks after her elimination from the competition, she received an offer from BNA Records and 19 Recordings as a recording artist, which Kellie accepted. She immediately began work on her solo debut work, which would be released just a few months after she signed with the record labels.

The artist’s debut album titled “Small Town Girl” was a chart-topper that earned gold certification by the RIAA in less than five months after it was released. Thanks to her first studio project, the country singer was able to receive approximately $50,000 in a few months time. In early 2007, in what was not only her first television appearance but also the first time she was co-hosting, Picker hosted the ABC talk show — “The View”. Also at that time, she met Rascal Flats and Brad Paisley, who eventually asked her to serve as an opening act to their tour.

Kellie gained fame thanks to her appearance in “American Idol” during the early 2000s. She was born on June 28, 1986, in Albemarle, North Carolina. She often cited both of her grandparents, Clyde and Faye Pickler, as the major influences in her life. During her pre-teen and teen years, she was both a beauty queen and cheerleader who initially didn’t have an interest in music, especially the country genre. She graduated from the “North Stanly High School” in 2004 and became more and more interested in pursuing a music career.

In early 2005, Kellie worked as a carhop in a local Sonic Drive-In restaurant. Prior to her appearance on “American Idol”, she took part in various contests and beauty pageants, including the “Miss America” circuit, where at the age of 17, she won the title “Miss Stanly Country”. She also joined the singing contest “Give me the Mic!”, which aired on WSOC-TV. After finishing in second place, at the age of 19, Pickler decided to audition for “American Idol” and eventually joined the top 12 aspiring singers of the competition.

What Makes Pickler So Successful?

The main reason why Kellie Pickler is so successful is her aspirations to succeed in the entertainment business. In September 2008, she released her second album. The self-titled sophomore album did relatively well on the music charts and was mixed with positive reviews. The project also includes some of her most eminent songs — “Don’t You Know You’re Beautiful”, “Best Days of My Life”, and “Didn’t You Know How Much I Loved You”.

Simultaneously with releasing new music, Kellie began appearing more and more on television productions, especially realties. In the late years of the decade, she took part in “Are you Smarter than a 5th Grader” and “Extreme Makeover”. Shortly after she starred in “90210” and released her third studio album named “100 Proof”, the country singer joined rising pop superstar Taylor Swift for the first and second legs of her “Fearless Tour” in 2009. After that tour, she launched her own concert tour in hopes of promoting her third studio project.

Kellie’s latest music album is “The Woman I Am”, which was released in November 2013. Prior to that, she joined the seventeenth season of “Dancing with the Stars” with her partner Derek Hough. Just a few weeks later, thanks to their effusive praise from all of the dance judges and remarkable performances, Kellie and Derek were able to win the show, adding another accolade in the singer’s long list of achievements. Since the mid-2010s, Pickler has put her music career on hold as she became the host of her own and other television series and talk shows.

The television personality’s career took a turn in late-2015 when her own television series “I Love Kellie Pickler” debuted on the CMT network. Despite not having commercial success, the series ran for three seasons and ended in October 2017. Before that show had ended, Kellie announced that she would be co-hosting her first talk show — “Pickler and Ben”, which also includes Ben Aaron. In no time, the show became a fan favorite and received a nomination for a Daytime Emmy Award. In May 2019, after more than 261 episodes, the talk show was canceled and it ended abruptly.

One of country’s brightest new faces, Kellie Pickler rose to prominence in country music from very humble beginnings. Abandoned by her mother at the age of two, she went on to become a finalist on American Idol. She successfully parlayed that massive exposure into a major recording contract, which resulted in three consecutive top twenty hits from her debut album and a growing legion of very loyal fans. Renowned for her big voice, lively performances and Southern charm, the sky is the limit for this very talented and cute-as-a-button North Carolinian.

Apart from being one of the best singers to ever come out of “American Idol”, Kellie is also a well-recognized television personality and occasional actress. She’s the recipient of many awards and nominations such as CMT Music Awards, American Country Awards, and Teen Choice Awards. As of 2021, thanks to her incredible work, Kellie remains an influential figure in the country music and is followed by millions of people from around the world. 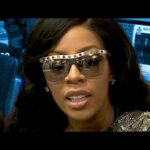 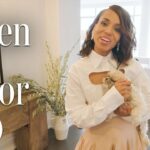