How much is Kelis worth?

“The reason that I’m so … assertive and ‘demanding’ or ‘bossy’ in this business — ’cause you’ll get walked over if you’re not. And if you don’t like it then move on, work with someone else.” — Kelis.

Kelis was raised in a middle-class household in Harlem by her Puerto Rican-Chinese mother, Eveliss, who was a fashion designer, and her black father, Kenneth, a jazz musician and a Pentecostal minister. (Kenneth died two days before Kelis signed her first record deal in 1998.) As a child, Kelis sang in her church choir as well as the Girl’s Choir of Harlem, and played violin, piano and saxophone while attending Fiorello H. LaGuardia High School of Music & Art and Performing Arts in Manhattan.

American singer, songwriter, and chef Kelis has a net worth of $4.5 million dollars, as of 2021. Perhaps best known for her high-profile marriage and split with rapper, Nas.

After graduation, Kelis formed a band with the production team the Neptunes and with their support, landed a record deal. Her debut album, Kaleidoscope, sold just 290,000 copies in the US; although its debut single, “Caught Out There,” was a urban radio success, peaking at No. 9 on the Billboard Hot R&B; chart and becoming a video hit in America on MTV and BET. The album was a success in Europe, however, where the singles “Caught Out There,” “Good Stuff” and “Get Along With You” all became hits.

Kaleidoscope‘s success was largely outside the United States, because Kelis’ style of music was not limited to the traditional urban market. American radio was reluctant to accept Kelis since her music didn’t feat neatly into any particular genre. Kelis’ biggest markets became Europe, Australia and Asia, where a combination of rap, R&B; intermixed with rock and roll and other genres was more readily accepted. Her second album, Wanderland, was released only in Europe in Asia.

Kelis finally found mainstream success in America in 2003, with her #1 urban, #3 Hot 100 song, “Milkshake”; this helped to propel her third album, Tasty, to the top of the charts and reach gold status selling over 540,000 copies in the U.S. in just two months. The single and album were also big hits in Europe. “Not In Love,” a Kelis/Enrique Iglesias duet from Iglesias’ album 7, was also released as a single in 2004 but failed to catch on in America outside of the club charts.

Kelis and hip-hop star Nas wed on Jan. 8, 2004 in Atlanta, GA, after dating for two years. Her fourth album, Kelis Was Here, was released in the U.S. on Aug. 22, 2006. The first single, “Bossy,” featuring the rapper Too $hort, was a big hit on U.S. urban radio, but the album’s sales were lackluster and in October 2007 she was dropped from the Jive Records roster. On April 30, 2009 Kelis filed for divorce from Nas, citing irreconcilable differences.

If you’re a Kelis fan, you might as well stop reading this review right now, ’cause it ain’t gonna be pretty.
Kelis Was Here is a mess. Kelis has never been a very strong singer, but on this album she actually seems to have gotten worse. The throaty, half-rapping, half-singing vocal style she uses on much of the album just doesn’t work.
She may be great at making novelty songs like “Bossy” (from earlier this year) and “Milkshake” (from her 2003 album Tasty) but Kelis can’t carry a full album.

If there’s one thing that Kelis’ fourth album, Kelis Was Here excels at, it’s being eclectic. Kelis definitely deserves kudos for going in so many different musical directions, something she’s done her entire career.
Throughout the album, there’s many flavors: like the Hip-Hop cockiness (on “Bossy”) the dance club track “Weekend,” the easy-going pop of “Lil Star,” a Spanish guitar-laced track called “Have a Nice Day” and even a bluesy/gospel-ish track, “Appreciate Me.”
And if there’s anything that makes the album worth getting, it’s Kelis’ strong personality and attitude. On numerous songs, she’s brash and brassy, like on the aforementioned “Bossy” and “Appreciate Me,” as well as “Handful” and other tracks.
But nearly every song is empty inside: there’s no substance, no meaningful lyrics, almost no live instumentation. It’s lifeless, meaningless R&B; sung by a meagerly-talented ‘singer.’
Her singing voice is all over the place; sometimes it’s throaty, like an emotionless Toni Braxton, mixed with a restrained Macy Gray; sometimes it’s high pitched, like a tone-deaf Gwen Stefani.
The production on nearly every song is excellent, thanks to producers like Raphael Saadiq, Scott Storch and Swizz Beatz, among others. But their efforts are pretty much wasted because of the awkward vocals.
So in a nutshell, if you’re looking for personality, attitude and tight beats, this album may be for you. But if you’re seeking good, quality, on-key singing and substantive lyrics, look elsewhere. 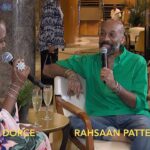 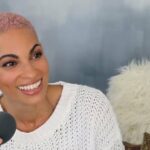