How much is Keith Urban worth?

This country crooner from down under gets the ladies shaking in their boots with his hits like ‘Somebody Like You’ and ‘Sweet Thing.’

Who Is Keith Urban

Keith Lionel Urban was born on the north island of New Zealand, but moved very young to the small farm town of Caboolture, Australia. He showed an early interest in music and showed prodigious promise in his guitar lessons when he was only six. His father, a convenience store owner, secured free lessons for his son in exchange for hanging the teacher’s flyer in his store window. Urban spent much of his adolescence winning local talent competitions.

Australian singer Keith Urban has a net worth of $80 million dollars, as of 2020.

Urban’s rise to the top in country music is the story of an extremely talented and driven artist who first made a name for himself as a young prodigy then a teen star in Australia before moving to Nashville to chase his ultimate goal of becoming a country star in America.

It was his father who introduced him to country music and he immediately fell in love. He won his first Australian Country Music Award when he was 10, the first of six he would win before his 16th birthday. When he was 15—the year he dropped out of school to pursue a career in music—he heard the Dire Straits for the first time and studied Mark Knopfler’s guitar work intensely.

Through this influence, Urban forged what would become his signature sound: country soul with rock-infused, top 40 flair. He signed with EMI Australia in 1990 and became an Australian country music sensation, scoring four number one hits in the South Pacific. But still he remained restless. While Australian fame was great, the beating heart of the music he loved was in Tennessee, so in 1992 Urban packed up and moved to Nashville.

Nashville would bring successes and some unexpected challenges. He met veterinary technician Laura Seigler soon after moving to America, and the two would date for 10 years. But America didn’t bring the type of success the multi award-winning singer was used to. “I knew I would be a little fish in a big sea,” he said later of the move, “but that’s the appeal.”

Appeal or not, his career would be largely stagnant for five years and he would develop a cocaine problem in the process. He started a band called The Ranch in 1997, releasing one well-received album, but they disbanded in 1998—the same year he checked himself into rehab.

Out of rehab, Urban’s priorities and talents aligned. He made a big enough splash with The Ranch that he was invited to play on famous musicians’ CD’s (including Garth Brooks and The Dixie Chicks) and his debut album, Keith Urban, produced three top five hits. But it was 2002’s Golden Road that sent three singles to number one, went triple platinum and established him as a serious country music star. His next CD, Be Here, in 2004 would top the previous one, selling four million copies.

The last half of the 2000s weren’t without challenges for Urban, but he managed to come out on top. Though he had a brief stint in rehab after a relapse in 2006 , the year would also bring a wedding to actress Nicole Kidman. His follow-up record, Love, Pain & the Whole Crazy Thing went multi-platinum and over the next four years, he and Kidman would welcome two daughters, Sunday Rose and Faith Margaret.

With a new family, a beautiful movie star wife and global country music superstardom, Keith Urban seems to have arrived where he always wanted to be. In fact, if critics had one problem with his 2010 album Get Closer, it’s that the general message was too happy. But if anyone can expand the boundaries of what American country music can be, it’s the Australian who’s managed to take it over.

Soon after leaving The Ranch, Urban released, Keith Urban, his debut solo album on Capitol Nashville, and it was an instant hit. Four hit singles followed, including three top-3 hits and his first No. 1.

Urban capitalized on the momentum of his first album by releasing Golden Road in 2002. It spent over 100 weeks on the charts, peaking at No. 2 on Billboard’s Country Albums chart and No. 11 on the Billboard 200 chart. Three of the album’s four singles reached No. 1.

Urban’s third album on Capitol Nashville, Be Here, became his first to hit No. 1 on Billboard’s Country Albums chart and eventually sold over four million copies in America. Three of the album’s five singles hit No. 1, while the remaining two peaked at No. 2.

Urban’s first album on Capitol Nashville not to have any No. 1 hits, Love, Pain & the Whole Crazy Thing still spawned four top 10 Billboard country singles on its way to going double platinum.

In 2007, Urban released his first greatest hits package entitled, Greatest Hits: 18 Kids. Selling nearly 117,000 copies in its first week, the album debuted at No. 4 on Billboard’s Country Albums chart and No. 11 on the Billboard 200. It would be re-issued in 2008 with the additional song, “You Look Good in My Shirt,” and re-titled, Greatest Hits: 19 Kids.

Urban came roaring back with his fifth studio album on Capitol Nashville, 2009’s Defying Gravity. Four of the album’s singles climbed high on the charts, including two that hit No. 1.

Born in New Zealand and raised in Australia, Keith Urban is a contemporary country singer, songwriter and guitarist who was winning contests and performing regularly by the time he was eight. His life-long dream was to make it as a professional country singer in Nashville, so he moved to Music City in 1992. After a brief stint in 1997-98 as the leader of the band, The Ranch, a three-piece country group that released one album and two singles, the group disbanded, leaving Urban free to pursue a solo career. A year later in 1999 he released his first solo album on Capitol Nashville, which went platinum, and he was well on his way to becoming one of country’s biggest stars.

“There’s no rule book or some sort of system for me to follow. There might be a set of rituals, but there’s no structured system that seems to work every time. It’s just spontaneous.” — Keith Urban 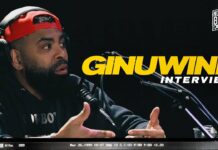 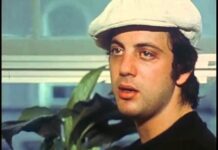 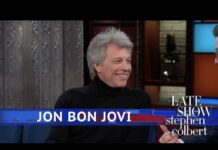 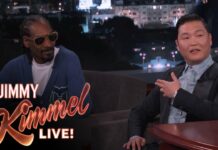 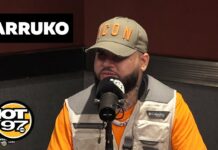 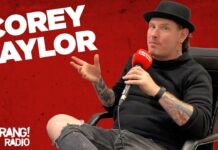