How much is Keith Sweat worth?

Who Is Keith Sweat

Keith Sweat is an American actor, radio personality, record producer, singer, and songwriter. The Harlem-born singer is known for being one of the first names to release projects in the new jack swing musical movement. His career started in the mid-1980s and thanks to his diverse and swingbeat work, he quickly rose to prominence. In the late 1990s, he joined Eddie Leveret and Johnny Gill to form the R&B supergroup “LSG”.

Apart from the success that the LSG band found during their active years, Keith also made a name for himself as a solo performer. Throughout the past 30 years, he has released 13 studio albums, with the most latest being “Praying for Keeps”, released in 2018. Some of his most memorable songs are “Get Up on It”, “I Want Her”, “Nobody”, “Twisted”, and “I’ll Give All My Love to You”.

Keith Sweat has a net worth of -$250 thousand dollars, as of 2021. While he has been a successful singer in the ’80s and ’90s he has also run into financial issues, as well. He was sued for not making payments on a property of his in Detroit, and while they won a $25,000 settlement, Keith has yet to make payment.

The R&B singer became famous because of both his solo projects and for being the lead singer of the supergroup LSG. He was born on July 22, 1961, in Harlem, New York to a factory worker and hairdresser. In his early years, Keith worked various jobs such as brokerage assistant, mailroom clerk, and even supervisor at the New York Mercantile Exchange. Around the same time, he had aspirations to become a soul singer.

In 1975, at the age of 15, Keith began his music career as he joined the Harlem band “Jamilah”. Working as the lead singer of the group helped him not only improve his music abilities but also stand out as a performer. Jamilah spent almost 10 years together and they performed in various states. Most of their appearances were in nightclubs and theaters in Connecticut, New Jersey, and New York.

How Did Keith Sweat Get Rich?

The artist became rich in the late years of the 20th century when he began producing his own songs and albums. His solo career started in 1984 after the dissolution of Jamilah. In the mid-1980s, he performed in several nightclubs, mainly in New York City, and was contacted but the label “Stadium Records” for whom he recorded and released only two songs.

Towards the late 1980s, he was discovered by Vincent Davis who offered him a contract with the label “Vintertainment Records”, which is distributed by “Elektra”. Almost immediately after he signed a recording deal with the label, Keith Sweat began work on his debut studio album. He worked with producer Teddy Riley on “Make It Last Forever”, which was released in November 1987. The debut album topped the US Billboard’s “Top R&B/Hip Hop Albums” and did relatively well in New Zealand and the United Kingdom as well.

What Makes Him Successful?

Keith Sweat became successful in the 1980s and 1990s because he became one of the first artists to join the new jack swing musical movement. In the 1990s, he released his most successful albums – “I’ll Give All My Love To You”, “Keep It Coming”, “Get Up on It”, “Keith Sweat”, and “Still in the Game”. All five albums were certified platinum by the RIAA for selling more than one million copies.

At the peak of his career, Keith Sweat also collaborated with established names in the entertainment business such as Gerald Leveret, Charlie Wilson, Joe Public, and Ronald Isley. Outside of the United States, the soul singer’s projects also found success in countries such as Australia, Denmark, France, Germany, and New Zealand. Even now, he continues to create new music, with his latest project being the album “Playing for Keeps”, released in October 2018.

Apart from music, Sweat is also a radio personality that hosts his own radio show “The Sweat Hotel”. The show is known for its classical soul and urban adult contemporary format and it was distributed/produced by “Premiere Networks”. He has been hosting the show since 2008 and even now continues to prerecord most of the segments so he can focus on his recording career and tour.

Keith Sweat is so much more than a successful soul/R&B artist. Besides his prosperous music career, he also found wealth in acting and hosting a radio show. Some of the critically-acclaimed films that he starred in are “Rhapsody”, “Pastor Brown”, “Love Magical”. 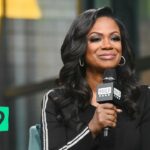 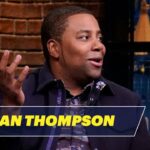