In the late 1990’s while coaching football, Jardine began to realize that he still wanted to compete in athletics. Though he got involved in rugby and wrestling tournaments without any real grappling training, it just wasn’t enough. So when he met Greg Jackson in 2000, Jardine started training in the sport that had been on his mind since the early 90’s: MMA.

In addition to coaching football, Jardine was previously employed as a personal trainer, wildland firefighter, miner, and bounty hunter.

American actor and retired mixed martial artist Keith Jardine has a net worth of $3.5 million dollars, as of 2021. Jardine was known for upset victories in bouts he took at short notice against highly rated fighters. Keith Jardine most notably competed in the UFC and Strikeforce.

Jardine won his MMA debut by armbar on August 19, 2001, over Amir Rahnavardi. In fact, he won eight of his first ten bouts, several with the King of the Cage organization. His lone loss during this time period came by way of KO at the hands of the hard-hitting Travis Wiuff (his fight with Keiichiro Yamamiya in Pancrase ended in a draw).

Jardine competed on TUF 2, a reality television show that pits up and coming fighters against one another in a single elimination tournament with a UFC contract waiting in the wings for the winner. Though he was the first heavyweight fighter that TUF 2 coach Rich Franklin chose, Jardine was unable to come through with a victory against Rashad Evans in the semi-finals.

Jardine is known for his toughness and excellent striking skills. Along with this, he hits hard, utilizes leg kicks extremely well, and possesses solid takedown defense. He is not known as someone that looks to bring fights to the ground but has proven to have solid wrestling and submission skills when fights go that route.

Jardine is a black belt in Greg Jackson’s art of Gaidojutsu.

This Keith Jardine Net Worth profile originated at WealthyGenius.com 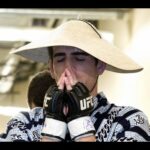 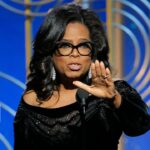