How much is Katherine Heigl worth?

You’ve seen her playing doctor on Grey’s Anatomy and falling in love on the silver screen in romantic comedies like 27 Dresses and Life as We Know It.

Who Is Katherine Heigl

Whether she’s playing doctor, mommy or down-and-out diva, this Hollywood stunner is a force to be reckoned with.

American actress Katherine Heigl has a net worth of $30 million dollars, as of 2021.

Born in our nation’s capital, Katherine moved with her parents and three older siblings to New Canaan, Connecticut where little did they know, tragedy would await them. When Katherine was only eight years old, her 15-year-old brother Jason was out with friends when they got in a car accident that threw him from the back of a pickup truck. He suffered major brain injuries and was declared brain-dead. The family had to make the painful decision to take him off of life support and donate his organs. Even though Katherine was very young at the time, her brother’s death was a large driving force behind her later championing of organ donation.

Just as life moves on after death, so did Katherine. Her aunt, who had invented a hair care product, asked Katherine to pose for her advertisements before sending some of the shots to a New York modeling agency. A few weeks later, when Katherine was only nine, she was signed to Wilhelmina modeling agency and started booking jobs modeling for Sears and Lord & Taylor as well as landing a Cheerios commercial.

She made her acting debut in the 1992 film That Night, prompting the realization that she was much more passionate about acting than modeling. She went on to appear in Steven Soderbergh’s King of the Hill (1993) before landing her first lead role opposite Gerard Depardieu in My Father, the Hero the following year. But Katherine didn’t let her growing talent and recognition go to her head. She still attended New Canaan High School and managed to keep up with her schoolwork while filming and modeling during her time off.

The Action, Horror And Romance Trifecta

In 1995 she appeared in her first action film Under Siege 2: Dark Territory before switching gears the following year as the lead in Disney’s TV movie Wish Upon a Star. But Katherine would need more than a few wishes to keep her family together. That same year her parents split and she moved with her mother, who also took on the role of Katherine’s manager, to Los Angeles.

Over the next few years Katherine tried her hand at everything from Shakespeare to horror, appearing in films like Stand-ins (1997), The Tempest (1998), Bug Buster (1998) and Bride of Chucky (1998). A year later, she was cast in the television series Roswell as one of three stranded aliens trying to live normal, earthly teenage lives. The role landed her a variety of magazine covers and spots on the circuit of late night talk shows. But three years later, the sci-fi series was canned and Katherine went on to make appearances on shows like The Twilight Zone and also landed a lead role in the Romy and Michele’s High School Reunion prequel, Romy and Michele: In the Beginning.

Playing Doctor And Getting Knocked Up

In 2005, Katherine was cast in the role that would make her a household name across America. She joined the cast of Grey’s Anatomy as Dr. Izzie Stevens, a role that earned her a Golden Globe nomination for Best Supporting Actress. That same year, she starred in the comedy Knocked Up with Seth Rogen and Paul Rudd, which was met with box office thunder. Things continued to look up for Katherine when the following June she became engaged to singer, Josh Kelley. The couple married in December 2007 and adopted their first child, Naleigh, a baby girl from South Korea, three years later.

In September 2007, Heigl won an Emmy for Outstanding Supporting Actress in a Drama Series for her role on Grey’s Anatomy. Wanting to cash in on her golden name, she went on to star in romantic comedies like 27 Dresses (2008), The Ugly Truth (2009), Killers (2010) and Life As We Know It (2010). But with all of her success, also came high drama. There were rumors of tension between the actress and Grey’s Anatomy producer, Shonda Rhimes, when Katherine withdrew her name from Emmy consideration in 2008, saying her character’s material that season didn’t warrant an award. In early 2010, after years of rumors that Katherine wanted to leave, she reportedly failed to show up for work after being granted a hiatus to shoot a film, and soon after was released from her contract.

Freed from her TV rounds as Dr. Izzie, Katherine is fully embracing the silver screen, but her primary focus is still on being a mom.

Defining Quote “I think that everybody has a right to their own thoughts, their own feelings and their own private moments, if they want them. If my husband had a second wife in Spain, that would probably be too big a secret to keep. But, if he’s using Rogaine, that’s okay, he doesn’t have to tell me.” 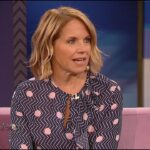 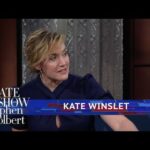