How much is Kate Mckinnon worth?

Kate McKinnon, whose real full name is Kathryn McKinnon Berthold, is an American actress, stand up comedian, and writer. She began her career in the mid-2000s and quickly attained mainstream recognition with her celebrity impressions and character work. She rose to popularity when she joined the sketch comedy series “The Big Gay Sketch Show” and “Saturday Night Live”. Concurrently with these, she starred in several films such as “Balls Out”, “Ghostbusters”, “Rough Night”, and “The Spy Who Dumped Me”.

American actress, comedian, and writer Kate Mckinnon has a net worth of $10 million dollars, as of 2021. McKinnon has found fame on Saturday Night Live and The Big Gay Sketch Show with her hilarious celebrity impressions.

How did Kate Mckinnon earn her net worth?

Besides “Saturday Night Live”, her appearances in films, television series, and even video games contributed a lot to the wealth of the actress. While attending the Columbia University, from which she earned a Bachelor’s Degree in Theatre in 2006, Kate co-founded a comedy group with her friends called “Tea Party”. The group focused on musical improv comedy and other comedy stints. She also joined another comedy group – “Prangstgrup” – which records college pranks.

In 2007, the actress and comedian landed role in “The Big Gay Sketch Show”. She joined the original cast of the Logo TV show, where she remained for all three seasons. Towards the end of the decade, she was already winning a total of $100.000 from all of her appearances on the show, as well as several films and television series. In 2010, she made her film debut in the short comedy “Mr. Ross”. Starting that year, she also starred in “Vag Magazine”, “Lobotomy” and “My Best Day” among many others. She also landed a main role in the animated series “The Venture Bros”, where she reprised different roles and from which she earned an additional $15.000.

Kate is famous because of her many characters and impressions on SNL. She was born on January 6, 1984, in Sea Cliff, New York. Her father, Michael, was an architect, while her mother worked as a parent educator. Kathryn has a younger sister, Emily, who is a fellow comedian. The two sisters have collaborated on several projects, including the Audible series “The Heads Will Roll” and the digital series “Notary Publix”.

In her childhood, she played various instruments. She started playing the piano at the age of five, the cello at the age of twelve, and the guitar at the age of fifteen (taught all by herself). At the same time, she developed an interest in acting and accents. When she was in fifth grade, she auditioned for the so-called “queen of reading week” at school, which she won with an English accent. McKinnon graduated from the North Shore High School in 2002 and then enrolled at the Columbia University.

The comedian and writer is successful because of her funny personality, charisma, and many talents. In 2008, she joined the Upright Citizens Brigade Theatre where she performs live sketch comedy. In April 2012, she joined the cast of “Saturday Night Live”. The following year, after season 39, she was promoted to repertory status. During her time in SNL, she has created multiple characters such as Olya Povlatsky, Sheila Savage, and Debette Goldry. She has also created impressions of celebrities such as Shakira, Heidi Klum, and Penelope Cruz among many others.

Apart from the SNL impressions and characters, Kate McKinnon is also known for writing a number of web and audio series such as “Notary Publix”, and “The Heads Will Roll”. In addition to these, she continues to act in films and series. Her most recent roles are in “Nature Cat”, “The Magic School Bus”, “Irreplaceable You”, “The Spy Who Dumped Me”, “Yesterday”, and “Bombshell”. She has also appeared in a number of commercials, co-hosted the 31st edition of the “Independent Spirit Awards”, and even appeared in the video game “LEGO Dimensions” where she plays the role of Dr. Jillian Holtzmann.

Kate McKinnon is a popular actress and comedian. Just after she graduated from the Columbia University, she became a comedian on the “Saturday Night Live”, which helped her achieve national popularity. Besides the SNL, she also became an actress that starred in numerous films and series. Thanks to her impressive acting skills, in the past decade, she has earned herself many awards and nominations including seven Primetime Emmy, three Dorian, and one Saturn Award. 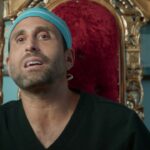 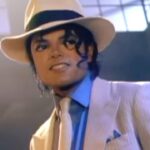