How much is Kate Hudson worth?

She got more than Almost Famous when she was teaching us How to Lose a Guy in 10 Days before she warmed up her vocals for Nine.

Who Is Kate Hudson

She’s the spawn of Hollywood legends and now Kate Hudson is making her mark as an iconic actress herself. From her long list of famous beaus to her irresistible, bubbly girl next door charm, she’s the celeb we’d most like to call our BFF.

American actress Kate Hudson has a net worth of $80 million dollars, as of 2021.

Born in L.A. land to actress Goldie Hawn and comedian Bill Hudson, Kate’s early childhood was anything but a fairy tale fit for the silver screen. When she was only 18 months old, Kate’s parents split. But Kate and her mother were not alone for long. After three years of playing her most difficult role yet—single mom—Goldie began dating actor Kurt Russell and he soon moved in with the blonde mother-daughter duo and in no time Kate was calling him “dad.”

Kate proved that she was her mother’s daughter when in 1996 she landed her first acting job at 17—a guest role on the TV drama Party of Five. The following year, after earning her high school diploma, Kate applied and was accepted to NYU’s Tisch School of the Arts. But Kate decided to defer her acceptance and instead work on her first film, Desert Blue, with Christina Ricci and Casey Affleck.

But the roles kept coming in and college kept getting pushed to the back burner. Kate went on to appear in 200 Cigarettes (1999), Gossip (2000) and Almost Famous (2000). The movie was a success and Kate became the poster child for the new age of up-and-comers. But it wasn’t only viewers who were smitten with the Bohemian blonde; Kate won a Golden Globe for Best Supporting Actress and an Academy Award nomination for her turn as the free-wheeling “band-aid” Penny Lane.

That year, 2000, also marked the year that Kate would not only get a nomination for a golden man but she would actually get to take one home with her and call him her husband. Two years earlier, Kate had met her future husband, Black Crowes rocker Chris Robinson, and in December of 2000 the two were married at her mom and Russell’s Colorado estate. The couple welcomed their first son, Ryder Russell Robinson, in January of 2004

But Kate wasn’t left without a shoulder to cry on—she was spotted getting more than cozy with her You, Me and Dupree co-star, Owen Wilson. But the romance didn’t last and Kate went on to rack up A-list conquests including Dax Shepard, Lance Armstrong and Alex Rodriguez—to name a few—before she started canoodling with English Muse rocker Matt Bellamy in 2010. And the couple is still going strong — they are expecting their first child together, the second for Kate.

Kate never lost momentum after catching a big break with Almost Famous and now she’s anything but. While this megastar might not be getting the same kind of attention from the Academy that she did in the past, the fans and the box offices have spoken, and it looks like this perky blonde is here to stay.

Defining Quote “I can’t go two months without being pregnant, engaged, or breaking up because I’m too needy, which is always the one they love.” 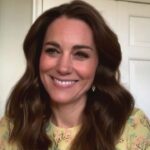 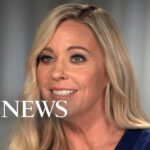