Karim Benzema enjoyed a breakthrough 2011/12 season at Real Madrid after initially struggling at the Bernabeu.

As a front man that can both score and create goals, the former Lyon player is a key figure for France.

Benzema usually operates as a central striker but has also proven his ability when cutting in from either side.

French professional footballer Karim Benzema has a net worth of $75 million dollars, as of 2021. Benzema is known for his aerial ability, workrate, playmaking and finishing. He is considered to be one of the best strikers in the world.

After being born to Algerian parents in the French town of Lyon, Benzema started his career at local side Bron Terraillon before Lyon scouts picked him up at the tender age of nine.

After a prolific youth career in Lyon he made the breakthrough into Paul Le Guen’s first team squad at seventeen.

It took him a few seasons to find his feet in the French top flight and his appearances were limited in his first few seasons as a professional.

An exodus of top players at the end of the 2006/07 campaign saw Benzema given the number 10 shirt ahead of the new season, and also a chance to prove his worth on a regular basis.

In the season that followed, Lyon struggled to show the dominance that had won them seven consecutive Ligue 1 titles even though Benzema maintained his impressive goal-scoring ratio in both domestic and European football. The two contrasting fortunes added to the speculation surrounding his future.

The Move to Madrid:

Benzema departed his hometown club for Spanish giants Real Madrid in July 2009. So keen was Florentino Perez to sign the striker that the Real Madrid president visited Benzema’s house to persuade him to sign. Not that Benzema needed much talking around, claiming after joining that he “dreamed about playing here as a child”.

His Spanish adventure started slowly and for the first 18 months of his stay, Benzema struggled to gain a starting spot in a star-studded side.

An injury crisis midway through the 2010/11 season saw the Frenchman grab his opportunity to make his mark at the Bernabeu, eventually finishing the season with 26 goals in all competitions and a Copa del Rey medal.

Since then he has become a key figure in Madrid’s recent success, contributing to a campaign which saw Real take the Spanish title away from fierce rivals Barcelona.

Although eligible to represent Algeria, Benzema was part of the French international set-up from a very young age, winning the UEFA Under-17 European Championships in 2004.

He scored on his debut for the full international side in a 1-0 win over Austria in 2007 before featuring in France’s ill-fated Euro 2008 campaign where Les Bleus finished bottom of their group.

He was omitted by Raymond Domenech for what turned out to be a dire and tumultuous 2010 World Cup campaign, with the coach citing Benzema’s poor club form with Real Madrid, rather than his alleged participation in a sex scandal involving an underage prostitute.

He returned to lead the French attack under Blanc, scoring three goals as Les Bleus qualified automatically for Euro 2012.

This Karim Benzema Net Worth profile originated at WealthyGenius.com 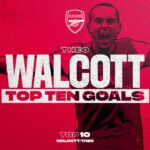 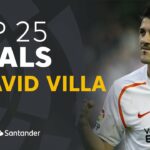