How much is Kareena Kapoor worth?

Who Is Kareena Kapoor

Kareena Kapoor was born on September 21, 1980, in Bombay, Maharashtra, India.

Indian actress Kareena Kapoor has a net worth of $18 million dollars, as of 2021. Kareena is the daughter of actors Randhir Kapoor and Babita, as well as the younger sister of actress Karisma Kapoor.

Kareena Kapoor is yet another star from the infamous Kapoor family to take her place in the Hindi films industry. She made her debut starring opposite Abhishek Bachchan in “Refugee.” Though the film didnt do as well as expected, Kareena earned rave reviews.

Born to popular Bollywood stars Randhir Kapoor and Babita Kapoor, Bebo as she is affectionately known, stand 5’5″ tall, blue eyed, and is a total extrovert. She wanted to study law in Harvard and had no plans to do anything in Bollywood. But the acting bug took over and now shes in the limelight like her successful sister Karisma! The famous sisters are very close. “Weare always looking out for each other,” said Kareena in an interview with MTV India. “Were sisters first and everything else later!” 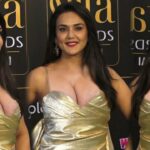 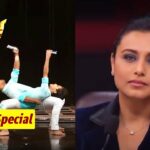