How much is K Michelle worth?

Who Is K Michelle

Kimberly Michelle Pate, who is known professionally as K. Michelle is an American television personality, songwriter, and most notably singer. She began her career in 2009 and soon rose to prominence thanks to her appearance on the reality television series “Love & Hip Hop: Atlanta”. In the VH1 hit series, she appeared as a regular cast in the first two seasons, which was enough to land her a deal with the label Atlantic Records.

Since then, Michelle has released five studio albums, with the most latest being “All Monsters Are Human” released in early 2020. Throughout her short career, the talented singer has collaborated with multiple successful artists, embarked on a variety of tours both in and outside of the United States, and has starred in many reality shows.

How Did K Michelle Get So Rich?

The association with Jive Records really helped Kimberly become rich at the beginning of her career. In the early 2010s, she became rich and popular mainly because she continued to collaborate with successful artists (Gucci Mane, Trina, Akon, Usher, and the aforementioned R. Kelly), as well as release new projects (four mixtapes from September 2010 to July 2012). Michelle’s breakthrough eventually came in after she was announced as one of the main cast in the new VH1 series “Love & Hip Hop: Atlanta”.

Dubbed as the show’s “breakout star”, the series followed her personal life during some of her hardest times (beginning in the music industry, abusive relationship, and other personal struggles). Kimberly appeared in the second season as well, which chronicled the recording of her debut studio album titled “Rebellious Soul”. In 2013, thanks to her work in the VH1 series, Michelle was signed to Atlantic Records and soon began promoting her debut album by releasing two singles – “V.S.O.P.” and “Can’t Raise a Man”.

Kimberly became famous thanks to her charisma and unique personality from the VH1 series “Love and Hip Hop: Atlanta”. She was born on March 4, 1984, in Memphis, Tennessee. When she was a child, she took voice lessons from the vocal trainer Bob Westbrook (known for training the likes of Britney Spears and Justin Timberlake) and also learned how to play both guitar and piano. After graduating from Overton High School, she was planning to go to a law school, however, she changed her plans and decided to pursue a music career instead.

After spending some time growing her son (allegedly born in 2004), in the late 2000s, Kimberly met several artists and producers that helped her start off in the industry. Eventually, she was offered a recording deal with Jive Records in 2009 after she was mentioned by R. Kelly. In September that year, she released her debut single with the label called “Fakin It”. The song featured widely popular rapper Missy Elliott and served as a lead single in Michelle’s first studio project – the mixtape “What’s the 901?”.

What Makes K Michelle So Successful?

The main reason why K. Michelle is so successful is her passion for music and her abilities to shine as a television personality. Her career skyrocketed in late 2013 with the release of her debut album “Rebellious Soul” which was a commercial success and landed at number 2 on the US Billboard 200 chart. Soon, to promote the album, she embarked on her first national tour (as a headliner) which included stops in major cities such as Atlanta, Chicago, New York, and Los Angeles.

The artist released four more albums in 2014, 2016, 2017, and 2020, respectively. Besides her first, the other album that had a commercial and critical success was her third – “More Issues Than Vogue”. To further promote her works, Kimberly has worked multiple International tours as both a headliner and supporter of the likes of R. Kelly and Robin Thicke. As herself, she’s the recipient of an NAACP Image Award and a Soul Train Music Award for “Best / Outstanding New Artist”. Thanks to “Love & Hip Hop: Atlanta”, the bubbly television personality also landed spots in multiple television series such as “Punk’d”, “Leave it To Stevie”, “Love and Hip Hop: Hollywood”, and “American Soul”.

K. Michelle is a singer and television personality who found success in the entertainment business in no time. Thanks to her unique and funny personality, as well as her fantastic singing and songwriting abilities, Kimberly has won the hearts of millions, and now more than ever, she continues to make a name for herself. 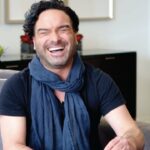 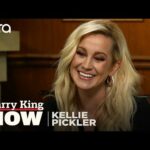