When it comes to superhero movies, will we always be comparing DC vs. Marvel? Of course. They’re competing against each other to see who can put the most butts in seats and break box office records. The DC Extended Universe got off to a fair start with Man of Steel but has since been criticized heavily with the release of Batman v Superman: Dawn of Justice and Suicide Squad. But when Wonder Woman premiered, it looked like DC would finally become a contender. Thus, people began to have high hopes for Justice League. DC was getting the band together! And, now that I’ve seen it, I can say with certainty that although it is not anywhere near the dumpster fire that was Suicide Squad, it wasn’t exactly the best we could have gotten. The Justice League is going to need a little work if they want to get to the Avengers level.

**Spoilers for Justice League below, read at your own risk!**

A post shared by Gal Gadot (@gal_gadot) on Jul 22, 2017 at 5:00pm PDT
Plain and simple, one of the main issues about Justice League is how rushed into the characters we are. Jason Momoa (Aquaman), Ezra Miller (the Flash), and Ray Fisher (Cyborg) are great additions to the DCEU. In fact, with so much buzz surrounded Jason and Ezra, it seems like people didn’t realize Ray would be able to hold his own surrounded by some very famous people. He did a great job of toying with Cyborg’s emotions over what was done to him while maintaining the battle between being a man and being a machine. But we didn’t get enough time with him. The Flash, Aquaman, and Cyborg will all get their own solo films between 2018 and 2020, which should have happened before we got Justice League. We don’t know these characters enough in terms of this iteration in this film universe. We barely know Batman well enough, as he was lobbed into a Superman sequel and pretty suddenly went from hating the Kryptonian savior to being his friend. DC keeps reintroducing their heroes and audiences need to understand more about them before they appear in a huge group film. They rushed into Justice League to catch up with Marvel Cinematic Universe and their Avengers — but rushing isn’t what’s going to push them ahead of the force that is the MCU.

The cast has good chemistry (though I personally still feel like something is missing between about Henry Cavill and Amy Adam‘s Lois Lane). Ezra played Barry Allen as an awkward, but a well-intentioned kid who enjoys making people laugh. Jason Momoa’s Arthur Curry felt very much like a bigger version of Jason’s real personality if he had superpowers. The dynamics between Ben Affleck and Jeremy Irons (Alfred) tells the story of a team who’s been working together for decades and they understand each other. Wonder Woman acts as the voice of reason amongst the group. In fact, the team could have done to argue with each other more. There was only a partial scuffle between them when deciding whether or not to bring back Superman. These big personalities in one room would not mesh so well right off the bat — leading to some credibility problems within the film as a whole.

… Which leads us to the second massive issue with the film: the villain. Steppenwolf is a supervillain hellbent on destroying everything. But what’s strange is that we’ve never heard of him before in the DCEU. There’s no mention of him that came about during Wonder Woman. There was no Aquaman sequel before this, and he’s the only other JL team member who knew who Steppenwolf was. (Again, we needed those prequels before this!)

If we’ve never heard of him in any of these films, there’s almost no reason for audiences to care much about him. Almost from the moment that he first appears, you basically know that he will lose (there are future DC movies to come), so the viewers need to be invested in the battle. If that battle isn’t epic, and without knowing the villain well, it’s not, then there’s not much of a point to it. Steppenwolf’s plan is for nothing more than ultimate destruction, which is nothing out of the ordinary for a villain. He has no loyal allies. The minions he has are mindless and feed on fear. If Steppenwolf were to win, what does the DCEU gain from a mindless villain destroying the planet that everything takes place on? As soon as Superman comes back to life, the ending of the film was plain as day. He wouldn’t be with the team when they went to battle, but he’d show up at exactly the right moment. Kind of predictable — and not in a good way.

On a technical note, Director Zack Synder is a man about details and the framing for each shot in Justice League felt very purposeful. The cinematography was incredible. You can practically see every pore on their faces. Things are that detailed. If you’re paying attention, you can even spot a newspaper that asks if “they went back to their planets” and it has pictures of Superman, David Bowie, and Prince. While Synder helped step up the game for superhero movies being filmed precisely shot-for-shot, there is one thing we could do without: the slow-motion in every.single. fight scene. Using slow-motion as a tactic like this screams “isn’t this so cool”? It isn’t. Using slow-motion in one fight scene, for one character, at a critical moment, that is cool. But the moment it becomes over-used is the moment we start to wonder if they’re putting in the slow-motion just to add runtime to the overall flick. We don’t need slow motion every time Wonder Woman slams her Bracelets of Submission together or every time the Flash runs — we got the picture.

**Once again, reminders that more spoilers are ahead!**

One of the best moments of the entire movie was actually the moment the credits rolled. No, I’m not trying be rude — I mean it! There are two sequences. The first is a funny moment, where Superman and the Flash are going to race. After the second credits roll, we get another scene, where a guard is telling Lex Luthor to get out of his cell. The bald man refuses to move and when the guard comes into the cell, he discovers it isn’t Lex, but a stand-in instead. Then the scene switches to a luxurious yacht, where a man with two katanas and mask boards the boat. Lex is drinking champagne as he greets the man. The man takes his mask off, to reveal he’s Slade Wilson AKA Deathstroke (Joe Manganiello). Lex is interested in putting together a team since the JL has formed. This was probably the most interesting end credits scene, between DC and Marvel, since that one we got all the way back in 2008 for Iron Man. Justice League may not have been that good, but those sneak peeks pretty much ensure we’ll be back for more in 2021. 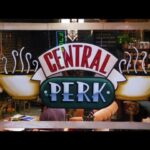