How much is Jussie Smollett worth?

Jussie Smollett began his acting carer as a child actor in the late 1980s. Among some of the productions that he first took part in are The Mighty Ducks and North. His career skyrocketed in 2015 after he joined the cast of the popular Fox drama series Empire. For his role as Jamal Lyon, the gay son of a record label mogul he was paid $45,000 per episode at the inception of the show in 2015. That figure became $125,000 per episode from season 5 (2019). He was also paid for season 6 despite not appearing in a single episode.

In total, it is estimated that Smollett earned a little around $7.5 million dollars from his role in Empire, when also including his occasionally directing of the show.

Unfortunately, Smollett was indicted in February 2019 for disorderly conduct for allegedly staging a fake hate crime assault. While the charges were dropped a month later, in February 2020, he was reindicted on similar charges, relating to the same incident. Smollett maintained his innocence but at trial on December 9 2021, he was found guilty of five of the six counts.

American actor and singer Jussie Smollett has an estimated net worth of $3 million dollars, as of 2023. Smollett began his career as a child actor in 1987 acting in films including The Mighty Ducks and Rob Reiner’s North.

Jussie gained international fame after his role in Empire. He was born on June 21, 1982, in Santa Rosa, California. When he was 2 years old, his family moved to the Elmhurst neighborhood of the New York City where he began to work as a child actor.

The first two roles in which he starred in were Mo’ Better Blues and New Jack City, in which he worked as an extra. His acting debut came in 1992 with the sports comedy The Mighty Ducks. Three years later, in 1995, he and his five real-life siblings took part in the ABC sitcom On Our Way. The sitcom is considered to be Smollett’s first professional acting role in his career.

After his role in On Our Way (1994-1995), Jussie Smollett went on hiatus from acting. He then made a comeback some 15 years later, the first acting role he took part in was the 2012 film The Skinny. Also that year, he released his very first music project, the EP Poisoned Hearts Club. Despite the project not having commercial or critical success, it was met with positive reviews and it helped the singer earn a small sum from promotions and sales. The actor also took part in Born to Race: Fast Track and Ask Me Anything.

After having a cameo appearance in Revenge, in 2015, he received the opportunity to join the cast of Empire. The role of Jamal Lyon changed the career of Jussie Smollett as it not only brought him international fame but also millions of dollars. From 2015 to 2019, he became one of the most popular African American TV actors and film directors. His net worth was estimated to have been around $2.5 million dollars, by 2019.

Unfortunately following an indictment and reindictment, Smollett who maintained his innocence was suddenly fighting off charges as well as warding off a lawsuit brought by the city of Chicago for some $130,000. He had previously purchased a home, likely with a mortgage, in Los Angeles spending $1.69 million dollars in 2016. However in the wake of the lawsuit in the 2019, he sold it in July 2019 at a reported $30,000 loss.

It was reported that Smollett would still be paid as per contract for season 6 of Empire, despite his character having been written out of the show in the last two episodes of season 5.

Portraying the R&B singer and songwriter, Jamal Lyon, was met with positive reviews. Around the same time he began acting for Empire, during his guest appearance on Ellen, he came out as gay. The news was highlighted by both media and newspapers and at that time, Smollett suddenly became one of the most influential names in the LGBTQ community.

Simultaneously with his fantastic role in Empire, the actor continued to work in other television productions. Among some of the television series and films that he took part in are Underground, Star, and America Divided. Apart from acting, since the early years of the millennium, Jussie also found moderate success in the music industry. He contributed a lot to the debut soundtrack of Empire titled Empire: Original Soundtrack from Season 1. A few years later, in March 2018, the artist released his debut studio album named Sum of My Music through his own label – Music of Sound.

The Alleged Attack on Smollett

Of course, since 2019, the actor became one of the most talked-about names primarily because of controversy surrounding the police and Donald Trump. In January, the actor went to the Chicago police where he claimed he was assaulted by two men wearing MAGA hats.

In January 2019 Jussie Smollett claimed that two men attacked him and yelled a pro-Trump slogan as well as racist and antigay slurs. He also alleged that during the assault the attackers put a rope around his neck, according to AP News. A grand jury indicted Smollett on six counts of disorderly conduct for making false reports, just one month after similar charges had been dropped. The grand jury indicted Mr. Smollett for making multiple false claims to police about the alleged hate crime in Chicago.

Then, on February 13, 2019, Chicago police raided the home of two Nigerian-American brothers. Police claim to have recovered records indicating the brothers were paid $3,500 by Smollett. Apparently the brothers had purchased the rope found around Smollett’s neck at a hardware store in Ravenswood over the weekend of January 25.

The evidence found was convincing enough that on February 20, 2019, Smollett was indicted for disorderly conduct. Including paying the brothers to stage a fake hate crime assault, and for Smollett filing a false report to the police. However by March 26, 2019 all the charges were suddenly dropped in exchange for Smollett performing community service and forfeiting his $10,000 bond.

However a few days later, according to USA Today, President Trump said that Jussie Smollett’s case is an ’embarrassment’ to the nation and that the FBI will investigate.

Then on February 11, 2020, a special prosecutor indicted Smollett on six counts pertaining to making four false police reports. Smollett’s defense was that this was “double jeopardy” referring to the previous case that they had settled a year earlier, however this was struck down by a judge on June 12, 2020.

On December 9, 2021, Jussie Smollett was found guilty of five of the six counts for which he was indicted. He was sentenced to 150 days in county jail in March 2022. In addition, he was sentenced to 30 months of felony probation and must pay restitution to the city of Chicago in the amount of $120,106. Smollett’s legal costs are estimated to have been in the region of $100-300,000. Given what appears to be Smollet’s modus operandi, he likely took care of much of the planning himself.

It is worth noting that Jussie Smollett continues to maintain his innocence following his release from prison. His case is on appeal.

Therefore, in total, Jussie Smollett earned $7.47 million dollars for his role as Jamal Lyon in Empire.

Smollett has since lost all of his acting work and was sentenced to county jail as well as incurred costs of around a likely $400-750,000. That is including his legal fees, penalties and miscellaneous losses that occur in high stress times.

In his personal life things had seemed calm and collected. It is unlikely that he will have done much excessive spending, it is true that he sold his property in 2019 for some $30,000 less than he bought it for in 2019. He likely sold the property not because he was “broke” but rather because he was humiliated and was worried about people knowing where he was staying.

Still, despite what other net worth outlets may say. It is estimated that even after factoring in likely costs, business and personal, miscellaneous, legal costs and debts to be paid. Jussie Smollett has a net worth of over $3 million dollars.

From his first major role in the 1994 classic On Our Own to his best role in the 2015 hit Empire, he has achieved notable success. We will just have to see how all of this eventually goes down in history and what kind of a comeback Smollett can make. 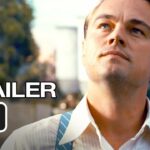 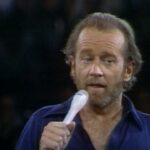