How much is Julianne Hough worth?

You’ve seen her kicking her leg up on as a professional dancer on Dancing with the Stars and making her way up the ranks as one of country music’s leading ladies.

Who Is Julianne Hough

There’s no doubt that Julianne Hough can dance circles around any pop-country wannabe. This three-trick pony is a dancing, singing and acting sensation that is fast on her way from Dancing With the Stars to being one herself.

American dancer, actress, singer and songwriter Julianne Hough has a net worth of $12 million dollars, as of 2021. She’s best known for winning two seasons of ABC’s Dancing with the Stars.

Born in Utah, this Southern girl at heart was the youngest of five, all of whom were enrolled in ballroom dancing lessons at a young age. Raised in the Mormon faith, the close-knit dancing clan was often called The Blonde Osmonds around their hometown. But when Julianne was 10 years old, her parents divorced. With the separation weighing heavily on her, she threw herself more than ever into dance.

Julianne’s brother Derek also showed a natural talent for dance and the two moved to London to continue their training. It was there that Julianne met Mark Ballas (fellow Dancing With the Stars cast member) and the two took the ballroom world by storm, winning titles left and right. Inviting Julianne’s brother to join their winning duo, the three created a pop music group called 2B1G (A.K.A. 2 boys 1 girl). But the group didn’t hit it big and soon Julianne moved back to the U.S. to finish high school before landing commercial and TV gigs as a back-up dancer.

Show Me The Money

Hough scored big when she landed a recurring dancing role as a Million Dollar Dancer on the game show, Show Me the Money. But in 2005 Julianne earned a spot on the dancing show that would make her a household name—Dancing With the Stars. Right out of the gate, Hough was a champion—she and partner Apolo Anton Ohno won the coveted Mirror Ball trophy on her first season. She repeated her debut glory her second season with partner and racecar driver Helio Castroneves. But for her fourth season, Julianne had less luck when immediately after a performance she was rushed to the hospital to have her appendix removed.

Now minus an appendix Julianne still brought the full heat on DWTS as well as taking the music biz by storm. She released her self-titled debut album in 2008 to rave reviews with a number one spot on the country chart and number three spot on the Billboard 100 chart.

Looking for someone to share in her success, while on tour with Brad Paisley Julianne began dating country crooner Chuck Wicks. The hot and heavy couple soon became engaged and took their romance to the dance floor when they appeared as a dancing couple on DWTS. But Julianne and America weren’t sold on their dance floor chemistry and after the couple came in sixth place on the show Julianne bid adieu to both the dancing show and to Chuck.

On The Top Of Her Game

But Julianne wasn’t sulking in the corner—she went on to star in a popular Juicy Fruit gum commercial, produce a fitness DVD and score a Country Music Award for Top New Female Vocalist and Top New Artist in 2009. Having conquered the dance and music industries, Julianne set her sights on having it all and in 2010 she was cast in the musical film Burlesque opposite Cher and Christina Aguilera.

With the success of her debut film, Julianne was cast as the lead in the remake of the 1984 classic, Footloose. But one thing Julianne isn’t footloose and fancy free over is her new relationship with radio and American Idol host, Ryan Seacrest. The two have been spotted across the globe getting more than cozy. The budding megastar has a magnetism that has landed her on top of the charts and in the hearts of Americans and one lucky AI host.

Julianne Hough was born on July 27, 1988 in Orem, Utah, one of five children. She came from a background of dancers, with both sets of grandparents were dancers, and her mother and father met while on a ballroom dancing team in college.

She attended Center Stage Performing Arts Studio, and danced competitively from the age of nine. A year later, her parents sent Julianne and her brother Derek to London for a year to study with their coaches, Corky and Shirley Ballas. The siblings received training in song, theater, gymnastics, and several styles of dance, including jazz, tap and ballet.

After five years in London, Julianne returned home to live with her mother in Las Vegas for a year (her parents divorced while Julianne and Derek were away in London), before moving in with her father in Utah, where she completed High School.

Julianne got her big break as part of the professional dancers on the fourth season of Dancing With the Stars, where she was paired with gold medal-winning speed skater Apolo Anton Ohno. The pair won that season on the show. Julianne then returned the following season, winning again with her partner, two-time Indianapolis 500 champion Hélio Castroneves.

Julianne loved her career as a dancer, but she always had wanted to sing country music. Mercury Nashville signed the young Hough to their label, and she proceeded to record her self-titled album, which was released on May 20, 2008. The lead single was “That Song In My Head,” which became a Top 20 hit for Julianne.

Following the release of her debut album, Julianne joined the Paisley Party Tour in June, along with Jewel, Chuck Wicks, and of course Brad Paisley.

In October 2008, NBC chose Julianne as on of the stars who would release a Christmas-themed EP, entitled Sounds of the Season: The Julianne Hough Holiday Collection The album was released on October 12th, and available exclusively in Target department stores.

Defining Quote “You can’t love anybody else back, you can’t fully give yourself to that person, you can’t be all you can be in your dreams and your inspirations until you’re like, ‘you know what? I love myself.'” 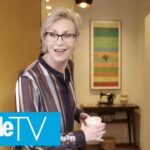 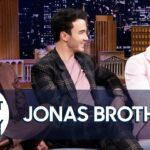