How much is Juelz Santana worth?

Juelz Santana is the stage name of LaRon Louis James. He’s an American actor, composer, rapper, and recording artist that became famous after joining the hip hop group The Diplomats, which is also known as Dipset. Apart from releasing two studio albums, the rapper took part in several films and television series. Most recently, he joined the cast of the VH1 reality series “Love and Hip Hop: New York”.

American rapper and recording artist Juelz Santana has a net worth of $4 million dollars, as of 2021. Juelz is a member of the East Coast hip hop group The Diplomats, aka Dipset.

How did Juelz Santana earn his net worth?

Juelz Santana became rich when he landed recording deals with labels such as Skull Gang, Def Jam, and CA$H MONEY Records. In 1998, alongside Freekey Zeekey and Jim Jones, he became a member of the hip hop collective The Diplomats. His first collaborations with the group were in the songs “Double Up”, “All the Chickens”, and “What Means the World to You”. By the end of the decade, the rapper was already gaining a lot of popularity and earning well over $75.000 per year.

In the early 2000s, besides earning his first Grammy nomination, Santana also signed with the label Roc-a-Fella. In 2003, he released his solo debut studio album titled “From Me to You”. The album had a commercial success as it entered the US Billboard at number eight and sold more than 80,000 copies in a month. The project includes many collaborations with other well-known artists such as Cam’ron, J.R. Writer, and T.I.), which boosted his popularity and helped him earn more than $100.000.

The recording artist became famous when he joined the hip hop group The Diplomats. LaRon was born on February 18, 1982, in New York City, New York. His father is of Dominican descent and his mother is African-American. He was raised in the Harlem section of Manhattan and began rapping at a very young age (around the time when he was five or six years old). He dropped out of high school in the 1990s to pursue his rapping career.

Inspired by the likes of Big Daddy Kane and the duo Eric B. And Rakim t the age of 12, he and his neighborhood friend Malik formed a rap duo Draftpick. The group gained recognition after several performances in New York at venues such as the Amateur Night at the Apollo Theater. When he was 15 years old, LaRon developed the stage name of Juelz Santana. He and Malik landed a recording deal with the label Priority Records. They then released their debut single named “Play Ruff” in collaboration with Memphis Bleek and Tracey Lee.

What makes Juelz Santana so successful are his many interpretations and roles in the entertainment business. Throughout the 2000s and 2010s, he signed with record labels such as Skull Gang, Def Jam, Diplomat, and Lil Wayne’s CA$H MONEY Records. Despite the multiple legal issues that he faced and the sentence of 17 of 27 months, he was able to release his second studio album titled “What’s the Game’s Been Missing” in November 2005, as well as several mixtapes, with the most recent being “#FREE SANTANA” from March 2020.

Apart from all his work in the music industry, Santana is also known for his many roles in independent and television films and television series. He made his debut on television in the mid-2000s during the documentaries “This Is for You Spike”, “The Original Harlem Diplomats”, and “Slip and Slide”. In the past few years, he has made sporadic appearances as both himself and other characters in the likes of “Access Granted”, “BET Hip-Hop Awards”, “The White Rapper Show”, and “Video Hustler” to name a few. Most recently, his career had a resurgence after he joined the well-known reality series “Love and Hip Hop: New York”. He has been a regular cast member since the second episode of season one from March 2011.

Juelz Santana is no stranger to the controversy or big stages. The talented rapper began his career at a very young age and even quit his education to pursue a musical career. In the 1990s, he became part of the popular hip hop collective The Diplomats.

Since then, thanks to his association with established names such as Lil Wayne, Cam’ron, Freekey Zeekey, and Jim Jones, he has earned more than $15 million from his music projects and earned several award nominations, including three Grammys. 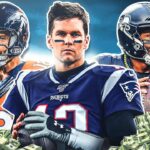 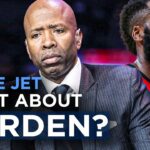