How much is Judd Apatow worth?

Who Is Judd Apatow

Judd Apatow is a writer, director, and movie producer who first got his start creating TV shows that have since become cult hits, and is now directing award winning blockbuster comedies. Even with movies he didn’t direct, Apatow has produced some of the best known comedy movies of the 2000s and 2010s. The producer tends to work with the same actors with each project, including Seth Rogen, Jonah Hill, and Jason Segal, and is well known for being married to actress Leslie Mann, who is also often cast in most of her husband’s movies. Some of Apatow’s most popular movies include The 40 Year Old Virgin, Knocked Up, Funny People, and Trainwreck.

American film director, producer, screenwriter, and comedian Judd Apatow has a net worth of $150 million dollars, as of 2021. In 2005, Apatow made his directorial debut with the comedy The 40-Year-Old Virgin. Starring Steve Carell the film opened at No. 1 at the box office grossing more than $175 million globally.

How did Judd Apatow earn his net worth?

Apatow’s financial success comes purely from his work in the movie industry. Not necessarily being an actor or an A-list celebrity, he doesn’t have any endorsement deals and hasn’t openly invested his wealth. However, he does have his own production company, Apatow Productions, which is how he has amassed hundreds of millions of dollars over the past 20 years. For a company that only produces comedy movies, Apatow Productions has grossed more than $1.5 billion, and compared to many other production companies, Apatow Pictures has very few box office bombs.

Some of the company’s most successful movies include Bridesmaids, which made almost $300 million worldwide. Following that, Knocked Up earned $220 million, The 40 Year Old Virgin and Anchorman 2 both made $170 million, and Superbad earned $169 million. One of the most popular comedies of the past 20 years that was produced by Apatow Pictures is Anchorman: The Legend of Ron Burgundy, which only made $90 million upon release, but it has since made hundreds of millions of dollars in DVD and syndication deals.

After dropping out of college, Apatow was earning small jobs, adding jokes to screenplays and getting the odd acting gig. During this time, he was flatmates with Adam Sandler (which is touched on in his movie Funny People), but it didn’t take the writer long to land on his feet and become the core of 90s TV comedy. Apatow was a writer on The Ben Stiller Show, but a few years after that, he produced and wrote Freaks and Geeks, which would be the catalyst of his gigantic career. Freaks and Geeks starred a ton of up and coming actors who Apatow would continue to work with, including Seth Rogen, James Franco, and Jason Segal. The show was a coming of age school comedy and though it was critically acclaimed, it only lasted for two seasons, but it has since reached cult status and found a new fan base in the streaming era.

After a series of other moderately successful TV shows, it wasn’t until 2005 when Apatow finally made his directorial debut, The 40 Year Old Virgin, starring Steve Carell, Seth Rogen, and Paul Rudd. The movie was a massive success amongst both audiences and critics, as it sits at 85% on Rotten Tomatoes and was even loved by Roger Ebert. There was a quick turnaround between The 40 Year Old Virgin, as Apatow’s follow up movie, Knocked Up, arrived in 2007. Knocked Up was an even bigger success, and it was the movie that catapulted Seth Rogen in to A-list status and proved that he was a leading man. The movie even spawned the spin-off sequel, This Is 40, starring Paul Rudd and Leslie Mann.

The 2010s saw Apatow venture out of his acting circle and take some chances by teaming up with other actors. 2015 saw the release Trainwreck, a movie starring Amy Schumer who plays a journalist that falls in love with her subject. Though the movie stars a comedian first and foremost, it also starred extremely high profile and well respected actors such as Tilda Swinton and Brie Larson. Most recently, the director helmed The King Of Staten Island, the Pete Davidson led movie, and is said to be semi-autobiographical of Davidson’s life. The movie has had a ton of exposure, but unfortunately, it hasn’t seen as much success as it should, as it was released on video on demand in the middle the COVID-19 pandemic.

Upon Apatow breaking on to the scene with The 40 Year Old Virgin, the director’s name became synonymous with stoner jokes, as his affiliation with Seth Rogen and many of his movies that followed Virgin’ prominently featured marijuana, and it started a whole new wave of movie. However, since then, Apatow is being looked at as the creator of the modern dramedy. New dramedies such as The Big Sick are clearly influenced by Apatow’s work, which looks at masculinity, modern relationships, and aging, as well as being filled with filthy jokes. The word Apatovian’ is even currently being used by film critics and students to describe exactly that.

When it comes to the production side of things, Apatow works unlike any other producer working in the industry today, but they should take note as it’s clearly working. Apatow keeps his budgets incredibly low, surprisingly low given that what’s on screen looks expensive. And when the production company began to see a profit, the producer hired the entire writing staff from his previous TV show, Undeclared, just to write movies for the company. He has reportedly never once fired a writer and he makes sure they are present through all stages of production, which is almost unheard of for a writer to do.

With one of the most successful production companies in Hollywood, Apatow has created a powerhouse that churns out heartfelt, uplifting, a outright dirty comedies that become instant classics. Thanks to working with the same group of people for most of his career, whether it’s the writers or the actors, Apatow has surrounded himself with a group of likeminded creatives that have helped him accrue an estimated net worth of $150 million. Most recently, Apatow directed The King of Staten Island, which is available to watch on Premium VOD. 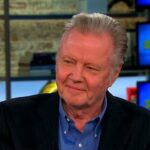 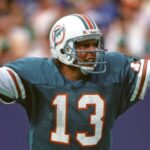