How much is Jordan Peele worth?

Who Is Jordan Peele

Jordan Peele is an actor, comedian, producer, writer, and director, best known for his work in both comedy and horror. Born on February 21, 1979, Peele was raised by his single mother in New York City. In 2001 he attended Sarah Lawrence College, but dropped out after 2 years to form a comedy duo with Rebecca Drysdale, his roommate and one of the future writers of Key & Peele.

He is well known for his comedic roles, most notably his role on the aforementioned sketch comedy series he created with Keegan-Michael Key, Key & Peele. In more recent years, he has also become famous for his talent as a director, with his films Get Out and Us becoming two highly successful and popular horror films.

How Did Jordan Peele Get So Rich?

Peele’s career really kicked off with the series Key & Peele. And he gained quite a bit of money with the film Get Out, which earned $255 million worldwide at the box office. His second film, Us, also earned roughly $255 million worldwide. These brought in the most significant income, although his smaller roles as an actor contributed quite a bit as well, considering his time on Mad TV lasted for five seasons.

In 2016 Peele co-produced the Spike Lee film BlacKkKlansman, which earned $93.4 million worldwide. That same year, he co-created the TBS series The Last O.G. And in February 2020 he produced a mini-series, Hunters.

His work in comedy and horror, both as an actor and a director, have given him a net worth of $50 million.

Peele’s breakout role came in 2003, when he was cast on Mad TV during its ninth season. Around the same time he was brought onto the show, Keegan-Michael Key was added to the cast. The two were eventually cast together due to their comedic chemistry. At the end of Mad TV‘s thirteenth season, Peele left the cast.

He had a recurring role in Adult Swim’s Childrens Hospital in 2010, and a supporting role in Wanderlust in 2012. That same year, he and his former castmate and friend, Keegan-Michael Key, created the sketch comedy series Key & Peele, which aired on Comedy Central until 2016. The show was a massive success, and led to significant fame for both actors.

Peele’s fame only grew when his directorial debut, Get Out, premiered in 2017, to massive critical acclaim. In early 2018 he announced that he was retiring from acting to focus on his career as a director, and in 2019, he released his second film, Us. The success of both films have made him well known not only as a talented comedic actor, but as a horror film director.

Peele has shown great talent as a comedic actor and a horror director. His skill in both categories, as well as his genuine love for what he does, have led to him becoming very well known and respected in the industry and in the public eye. He had a love for comedy for a long time. In 2002 he performed frequently at Boom Chicago in Amsterdam and The Second City in Chicago. In 2003 he dropped out of college to form a comedy duo. And then, of course, came his breakout role on Mad TV.

In 2017 he showed his skills as a director of horror films with the premiere of Get Out, and again with Us in 2019. Both films were a massive success and truly displayed his talent in the genre, which, although different from his previous work, was just as significant as his comedic talent.

Peele is an example of somebody who’s not in the industry just for the money; he’s there because he truly enjoys what he does, and he pursues that with a passion.

People don’t generally expect a sketch comedy actor to become a successful director in a genre that contrasts with his usual work. But Jordan Peele has done just that. From his long career in comedy to his new but just as successful career in horror, Peele has become well-known as one of the most talented comedians and one of the most talented directors. 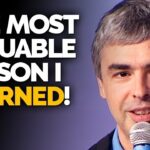