How much is Jordan Belfort worth?

Jordan Belfort is a former stock broker and current motivational speaker who was famously convicted for fraud and money laundering after a major FBI investigation was conducted on him and his brokerage house, Stratton Oakmont. Though his name is recognizable, people often think of Leonardo DiCaprio when Belfort’s name is mentioned as DiCaprio famously played Jordan Belfort in the hit Scorsese movie “The Wolf of Wall Street”.

As of 2021, we estimate Jordan Belfort has a net worth of just $2 million dollars. The former stockbroker and convicted felon earns money through his books, courses and speeches, but is it enough to pay back the some $100 million he still owes?

How did Jordan Belfort originally get rich?

Jordan Belfort made his millions by scamming his company’s investors. Belfort went deep into the business of selling penny stocks; the often near-worthless “pink sheet” shares of companies outside the regulated Nasdaq and NYSE.

His firm, Stratton Oakmont, would sell stocks that were not good enough to get listed on the big stock exchanges. Instead using information and prices directly off the company documents and then adding an additional 50% to the price of the shares for “services”, these stocks were pushed via cold calls. These services that made up half of the purchase price, usually only cost the buyer 1%. For example if they bought a blue chip stock sold by a reputable firm, they would be charged 1% service fee. Belfort would push essentially worthless stock and then make it literally impossible for his customers to make any money, because he would add a 50% fee to the price.

What’s worse, Belfort would pump and dump the stock market. He would have his brokers inflate stock prices, while secretly owning major holdings in the company being sold, then at the ideal time he would sell his shares and book a great profit. While his customers would bare the brunt of the losses. Often losing everything as the company returns to trading at virtually zero.

The method he used to scam people was by cold calling and pitching a good quality blue chip stock like IBM or Intel, something that may return a small profit. Acting like a reputable firm, only taking a small commission and hopefully making the buyer a small amount of money. Then once he won their trust he would sell them shares in a penny stock company with high pressure sales tactics and claims of big profits if they act immediately. Not only were the companies often terrible losers, the additional 50% commission for the sale of the stock were added this time. This made it impossible for his clients to make money from the trade, guaranteeing a loss.

Belfort used these tactics as well as others, like insider-trading, to build his firm to hundreds of employees and earning hundreds of millions along the way. Through his scams he lived a luxury lifestyle with a net worth of about $200 million in the 1990s.

That was taken away from him of course when he was charged with securities fraud and money laundering and sentenced to two years in prison. Belfort still gained a moderate amount of success and wealth after being released from jail, yet would never reach the heights he achieved in the 1990s through his fraud. The autobiography detailing his escapades with drugs and women in the ten years he made so much money became a New York Times Bestseller. Though the book only gives surface level details and rarely goes in to what happened between him, his company and the FBI, mostly just indulging in wild fairy-tales of sex on planes, yachts, and cars…

Not only did Belfort sell the rights to his book, but movie studios entered an outright bidding war and fought for the rights. Warner Bros and Leonardo DiCaprio (who has a net worth of $270 million), eventually won against Paramount Pictures and Brad Pitt (who has a net worth of $300 million). Belfort sold the rights for over $1 million, but he also earned a $250,000 bonus when the movie was shot and released into theaters. Besides the movie, The Wolf of Wall Street was also adapted into an immersive experience in London, though it is unclear how much money Belfort is earning from this. Though he wasn’t earning the hundreds of millions like he had in the past, he was certainly seeing a second phase of success.

Jordan Belfort became well known around New York and among business socialites for the success he was making on Wall Street. In truth, that success was stealing his clients’ money, but at the time nobody knew that, and everybody in New York wanted to work for him. He became famous for making so much money, buying audacious cars and houses, but also allegedly sleeping with dozens, maybe hundreds of prostitutes, and taking different types of drugs every night, as he explains in an almost self-congratulating way in his book, The Wolf of Wall Street.

Jordan Belfort had his time in the papers and on the news and eventually got sentenced, but it wasn’t until Martin Scorsese’s lauded biopic, The Wolf of Wall Street, the movie adaptation of Belfort’s book, that drastically increased his popularity and threw him back into the limelight. The Wolf of Wall Street is based on Belfort’s autobiography of the same name. In the movie Belfort was played by Leonardo DiCaprio who turned the stock broker in to a certified pop-culture icon. Belfort even has a cameo at the end of the movie where he introduces the on screen Jordan Belfort to the audience. It’s during his first motivational speech, showcasing his methods of influence and sales, which be began promoting after his time in jail.

After the release of the movie, it became the most popular Martin Scorsese movie in history and it saw the highest box-office gross of any of his films ever, grossing $392 million; it’s also how the mainstream movie audience learnt about Jordan Belfort in the first place. Though DiCaprio doesn’t look at all like Belfort, he method-acted into Belfort’s personality and actions and gave an Oscar nominated performance, and one that critics and audiences loved.

The Wolf of Wall Street isn’t the only book written by Belfort. A sequel of sorts, Catching The Wolf of Wall Street details his accounts after his arrest, which leads to the possibility of a movie sequel. However, that may be unlikely considering neither Scorsese of DiCaprio have ever showed any interest in returning to this toxic world. Nine years after that book, Belfort wrote another one, The Way of the Wolf, in 2018, which is more of a guide on how to become successful and he uses his own experiences as examples, rather than detailing any fever dream phases of his life.

Neither of the follow-ups to the first autobiography have been as successful as the original. Nowadays, you’ll mostly find Jordan Belfort on his The Wolf’s Den podcast.

One thing you gotta see and like about this guy. Is the guy doesn’t quit. Literally. The entire world could be against this guy and he’d be coming up with plans for his next scheme. And often they work, too.

More than anything, Belfort knows when to strike. He is an opportunist. He notices an easy way to the top by tricking people and making a fortune on some gap or loophole and exploits it. Even after his stint in jail, Belfort capitalized on his sensational, almost fantasy like past when he wrote The Wolf of Wall Street, and he knew how to play two competing movie companies against each other.

More than anything, it goes without saying that Belfort became as successful as he is by lying. The movie rights probably wouldn’t even have been bought if the book didn’t reportedly exaggerate and sensationalize as much as it did. But now more than ever there are fans of Belfort who want his jet-set lifestyle that completely misunderstood the movie and didn’t understand what the consequences of actions like Belfort’s bear.

Has Belfort paid back his investors money?

You see, perhaps for a minute there in the ’90s this guy was incredibly wealthy. Jordan Belfort may have had a net worth as high as $200 million at his peak. Belfort was earning $50 million a year at that time, he may have even earned as much as $12 million in three minutes…

Fast forward a few years though and not only had all of his assets been stripped, he was in debt $110 million and the U.S. government. They now have first dibs on 50% on every dollar he makes.

Through his sale of The Wolf of Wall Street books and movie, as well as the spinoff sales trainings, some estimate Belfort has paid off as much as $25 million dollars (as of 2021). Yet this seems entirely doubtful because there is ZERO CHANCE he is paying off any more than the 50% of his earnings that he must pay. And that would put his earnings well over $50 million since coming out of jail to make that kind of a dent in it. More likely he’s paid off no more than $13 million and the government are still having a hard time collecting it. Belfort earned at least $9 million in speaking engagements between 2013 and 2015 but pocketed it all, they say.

So, how much money is Jordan Belfort worth today?

Look that depends on how you look at it. Belfort’s net worth should be minus at least $97 million according to the government. Yet he also gets to legally keep half of his earnings. We estimate his net worth to be about $2 million dollars but he still has to make good on the debt.

During his sentencing, Jordan Belfort was ordered to pay $110 million in restitution, the terms of which force him to pay half of what he earns against the debit. Leaving him now with a net worth of just $2 million dollars. Still, a successful autobiography, a movie adaptation in which DiCaprio plays you, and a solid job as a motivational speaker with two million in the bank isn’t bad going for a former money laundering fraudster.

Though, Belfort mustn’t be enjoying the life of middle class as he is currently attempting to sue the producers of The Wolf of Wall Street for a ridiculous sum of $300 million. The co-founder of the production company Red Granite, Riza Aziz, was ironically arrested for money laundering in 2019. Belfort is suing the company because he claims he would never have sold the rights to the movie if he knew where the money was coming from. Red Granite’s lawyer called Belfort’s actions “desperate.” 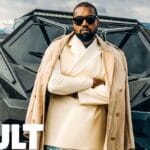 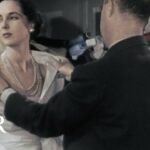