How much is Jon Voight worth?

Jon Voight is an American actor who first rose to prominence in the late 1960s. The actor has starred in several 70s classics and went on to have a huge presence in many 90s action flicks. Outside of movies, Voight can be seen all over the small screen too, most notably for playing the villain in season seven of 24 and his starring role in Ray Donovan, in which he has appeared in more than 80 episodes.

He is also well known for being the father of actress Angelina Jolie, who has also made a name for herself in the movie industry and arguably out-famed her father. Some of Voight’s most popular movies include Midnight Cowboy, Deliverance, Mission: Impossible, and National Treasure.

American actor Jon Voight has an estimated net worth of $40 million dollars, as of 2023. Voight earned an Oscar-nomination for his role as a would-be gigolo in Midnight Cowboy. The film went on to gross $44.8 million, in 1969.

Voight’s breakout movie role was in the 1969 classic, Midnight Cowboy, in which he starred alongside Dustin Hoffman. The movie was a huge success, as it won three Oscars at the 42nd Academy Awards, including Best Picture, making it the only ever X-rated movie to do so. Midnight Cowboy has been added to the United States National Film Registry for being culturally and historically significant.

Voight success continued in to the 1970s, as he starred in Deliverance in 1972 with Burt Reynolds, the movie was highly controversial at the time, as it features a graphic rape scene and is remembered mostly for the line of dialogue, “squeal like a pig.”

Regardless of the controversy, it was still a hit and became the fifth highest grossing movie of 1972, and it has also been added to the National film Registry too.

Though Voight largely stayed quiet in the 80s and early 90s, the actor made a huge comeback and became somewhat of an action star. He might not have had many leading roles in the action movies, but he had a supporting role in most of the best 90s films. The actor starred in the Michael Mann directed heist movie, Heat, which is famous for being the first movie where Al Pacino and Robert De Niro have scenes together.

The following year, he starred in what would be the catalyst for a multi-billion dollar franchise, as he played Jim Phelps in Mission: Impossible. Though the M:I series has taken on a life of it’s own, the first movie was an adaptation of the TV series of the same name.

In the 2000s, Voight’s fame and popularity only grew more, as he was taking on more blockbuster and high-concept movies, and they were making hundreds of millions of dollars at the box office. In 2001, he played the father to Lara Croft in Lara Croft: Tomb Raider, in which his real life daughter, Angelina Jolie, played the titular character.

He then helped Nicholas Cage steal the Declaration of Independence in National Treasure and he had an even bigger role in the sequel, National Treasure: Book of Secrets. But the most fame Voight saw in the 2000s was with his work with action director Michael Bay, as they worked together on the period war drama, Pearl Harbor, and the high octane CGI-fest, Transformers.

Most recently, the actor enjoyed a considerable amount of success with his role as Mickey Donovan on the crime drama series, Ray Donovan.

Though he has the movie to thank for turning him in to an acting legend, Voight’s pay-check for Midnight Cowboy was shockingly low. For playing the male prostitute, the actor earned just an estimated $17,000, but Voight was so desperate for the role that he initially offered to do it for free. However, he thought that the movie would open so many doors for him and that it would lead to much bigger pay checks, and he was exactly right.

Voight has made tens of millions of dollars over the years and unlike most other actors, very few of his movies ever underperform at the box office.

Unfortunately, none of Voight’s salaries have ever been disclosed, but a quick look at his movies’ box office results is a good gauge to understand just how much Voight potentially earns. In total, his movies have earned billions of dollars, with some of the most successful being Transformers with a worldwide gross of $709.7 million, the National Treasure series (1 and 2), which has made close to $850 million in total, and Mission: Impossible, making $457.7 million globally.

Voight’s breakout movie, Midnight Cowboy, made $44.8 million worldwide, and though that might not sound like much, adjusted for inflation, that amount would be $343.2 million in 2022. On top of all this, Voight would have had are consistent income with his starring role in Ray Donovan, which lasted for seven years.

In Hollywood these days, many actors have their own brand and are hired for their specific looks and builds. When it comes to Voight, his towering height has helped him earn roles in countless action movies, as he can often be seen as intimidating. The actor also models a unique accent and way of talking for each of his roles with none of his characters sounding similar to the last.

And when it comes to the types of roles he takes on, ever since Lara Croft: Tomb Raider, Voight has been typecast as the father figure, which can be seen in Zoolander, National Treasure, Ray Donovan, and more.

Voight is on record as saying that he doesn’t count lines. When actors get offered a role and they read the script, they often count how many lines each character has because they want to have the most screen time.

Voight doesn’t care about how much screen time his characters have, just as long as the roles are interesting and challenging, which explains how he has been able to star in so many movies, he isn’t so caught up in being the lead actor. He uses his character in Ray Donovan as an example, as the character only appears here and there, but Mickey the murderous ex-con, is for us, the greatest part of the show.

With a filmography so vast and varied that it includes everything from Zoolander to Runaway Train, Jon Voight has become a master of his craft and has reached legendary status in the movie industry. Thanks to having more interest in characters with depth than characters with more screen time, Voight has been able to score dozens of roles per decade and it has helped him accrue an estimated net worth of $40 million.

Voight starred in the political legal drama, Roe v. Wade, which is based on the infamous case that led to the criminalization of abortions. 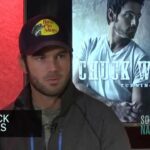 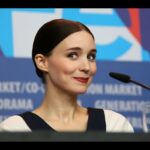