How much is Jon Bon Jovi worth?

Jon Bon Jovi, born John Francis Bongiovi Jr., is a famous musician, actor, and philanthropist who has been nominated for and won several Grammy awards with his rock band, Bon Jovi. The band is known for it’s distinct style that mixes hard rock and country rock, and has been active for almost 40 years. In that time, they have released 15 studio albums, sold out tons of arena tours, and the singer has been inducted in to the Songwriters Hall of Fame. Some of the musician’s most popular hits include “Livin On A Prayer”, “You Give Love A Bad Name”, and “It’s My Life”.

American singer-songwriter, record producer, philanthropist, and actor Jon Bon Jovi has an estimated net worth of $350 million dollars, as of 2023. As founder and frontman of Award-winning rock band Bon Jovi, Jon has earned tremendous wealth and prestige.

The bands latest tour netted over $135 million dollars, according to Forbes.

Bon Jovi formed his band in 1983 and recorded just one song, “Runaway”. The musician handed it to numerous radio stations trying to get them to play it, but none of them had any interest. However, after a lengthy amount of time networking, one DJ agreed to play the track and not long after, it became a huge hit.

Bon Jovi signed a record deal and in quick succession, they released their first two albums, Bon Jovi and 7800 Fahrenheit, in 1984 and 1985 respectively. Since their release, both of those records have been certified platinum by The Recording Industry Association of America.

However, though that might seem like a huge triumph for such a young band, their success was unrivaled the following year when they again quickly shot out their third album, Slippery When Wet. Their third effort was the first album of the band’s to peak at number one on the Billboard 200 albums chart and it has sold almost 30 million copies worldwide.

The record crushing album’s sales were helped by three of the biggest single of all time, “Wanted Dead Or Alive”, “You Give Love A Bad Name”, and “Livin On A Prayer”, with the last two topping the Billboard Hot 100 charts at their times of release. Following that, the band’s momentum never slowed down, and with 13 more albums under their belt, they are still huge and selling out arenas.

Bon Jovi’s music might have soundtracked a lot of movies, but the musician has also enjoyed time in front of the camera as well. He has appeared in everything from horror flicks to Oscar caliber dramas to raunchy TV comedies. Some of Bon Jovi’s more recognizable work in movies includes Moonlight and Valentino, The Leading Man, Cry Wolf, and New Year’s Eve, but his biggest role to date was his supporting role in the drama Pay It Forward, where he acted alongside Helen Hunt.

On TV, the actor has appeared in many popular shows, such as Sex and the City, 30 Rock, and The West Wing.

On top of his musical career, Bon Jovi is well known for his philanthropy and political activism. He has donated $1 million to the Angel Network foundation, rehabilitated a block of homes in Philadelphia, and started the Jon Bon Jovi Soul Foundation, which aims to end the cycle of homelessness.

And as he is always politically active, Bon Jovi continuously supports democratic politicians, performing at fundraisers for Barack Obama, Hilary Clinton, and most recently, Joe Biden.

Bon Jovi’s record sales speak for themselves. As a band, Bon Jovi has sold over 130 million albums worldwide. But that isn’t the only area where the musician makes most of his wealth. With the band, the singer tours on a regular basis, and the band can gross up to an estimated $150 million per tour. In 2019, the band made an estimated $135 million on their world tour, and an estimated $40 million of that went straight in to Jon’s pocket. On top of that, the artist makes a significant amount of cash from streaming platforms.

On Spotify alone, the band has over 16 million monthly listeners and many of his tracks have close to half a billion plays!

Outside of accruing hundreds of millions of dollars in the music industry, Bon Jovi has done significantly well for himself in other areas too. The businessman has become somewhat of a real estate mogul, as he has developed and sold tons of properties. In 2007, Bon Jovi bought a New York penthouse for an estimated $24 million, and seven years later he sold it for an estimated $34 million.

But his biggest real estate achievement to date came in 2018, when he bought a Palm Beach home for an estimated $10 million and sold it just two years later for an estimated $20 million. Bon Jovi also founded and was the primary owner of the Philadelphia Soul.

Bon Jovi is regarded as one of the greatest song writers of all time, as he has been inducted in to the Songwriters Hall of Fame and has been ranked as one of the most powerful and influential people in the music industry. Bon Jovi has played over 2500 gigs (so far) in over 50 countries in his lifetime and has released hundreds of songs.

The musician’s relentless work ethic, whether it be recording or touring, has helped him become one of the most recognizable and beloved musicians ever.

However, most of Bon Jovi’s success is owed to his musical style and vocal delivery. The sound of Bon Jovi’s music is a mix between hard rock and country rock, and it’s always arena ready. Though some of the genres that the band dabbles in isn’t successful on the charts, Bon Jovi always knows how to make it sound commercial, as the band’s music always shifts in sound but still remains distinctively Bon Jovi.

Another credit to Jon’s success is that his lyrics are so easy to sing along to, and even if people hate “Livin On A Prayer”, they can’t help but scream its lyrics.

With Bon Jovi’s consistent success, as his music has barely ever gone over looked in any of the 37 years he has been making music, the singer has become a rock icon who only grows more beloved thanks to his philanthropic nature. Thanks to decades of touring and realizing hit after hit, Bon Jovi now has an estimated net worth of $350 million. Most recently, the musician just released a new album, the aptly titled 2020, which includes a protest song about George Floyd’s death. 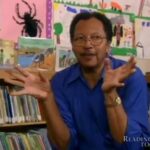 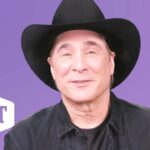